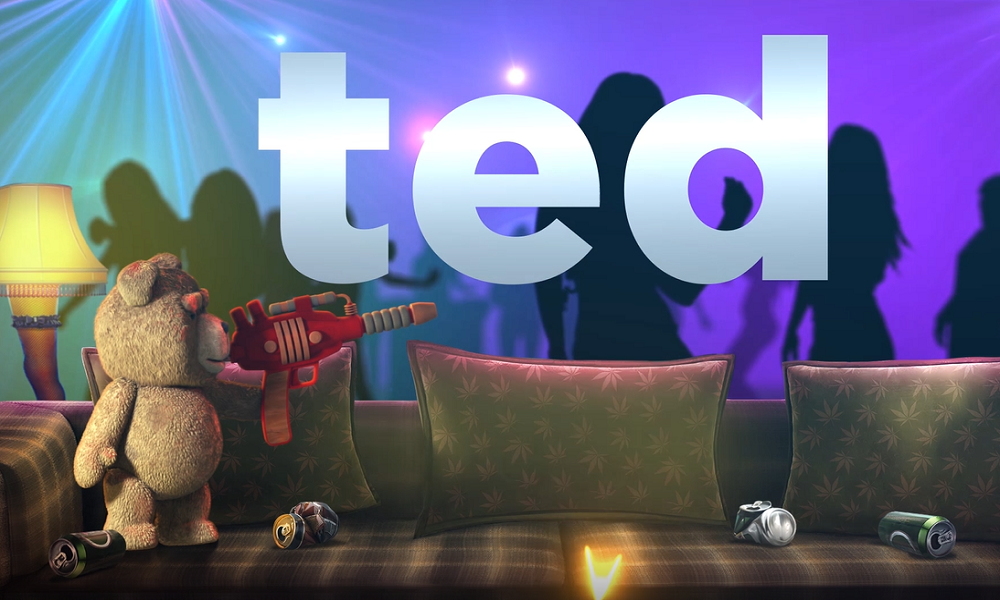 Looking for a Ted Talk that won’t leave you feeling nauseous? Turns out life can be pretty sweet when your best bud is a booze-loving teddy bear.

Yep, Blueprint Gaming have signed up another top licence for this release. Based on the smash hit comedy movie, Ted follows the antics of this incorrigible soft toy.

With quotes from the infamous Ted spicing up each spin, and the usual excellent presentation we’ve come to expect from this developers, it’s fair to say this bear looks the business.

Ted himself can trigger randomly during any spin, activating one of six modifiers, from Bonus Boosts to Super Spins. With Laser Gun Wilds, the reels spin as Ted shoots a laser at them, bouncing round the screen and turning the reels wild.

Psychedelic Super Spin sees Ted smoke a hookah pipe, suffusing the reels in smoke – and giving you a cluster of line wins once that smoke clears. Similarly, Psychedelic Colossal Spin offers another smoke-based bonus – this time, once the reels clear, three of them will combine into one colossal reel.

With Beer Streak, Ted can spray a foamy ale over the reels, with symbols shuffling around on the play area to give the player a new winning combo.

With the TV Remote Symbol streak, Ted can start bashing the buttons on his remote control, causing the reels to respin while the trigger symbols remain fixed in position.

Finally, there’s the Bonus Boost – this time, after Ted takes a hit from the bong the smoke will cover the reels again, and this time when it fades, a number of additional bonuses symbols will have been added, increasing your chances of triggering a bonus.

Besides the modifiers, there’s also a Thunder Buddies Bonus – three or more of these symbols on the reels will award the feature, where you can move up the ladder to win one of five bonuses. These range from Wheel of Fortune to Bar Crawl Bonus.

With loads of clever little features to hold your attention, Ted is a blast whether you liked the original film or you’re just looking for a top drawer slot with an amusingly low brow sense of humour. Fart gags? Bong hits? What’s not to like?!

Ted is out now – visit 32Red Casino to play, or for more options check out our wide range of table games and slots!