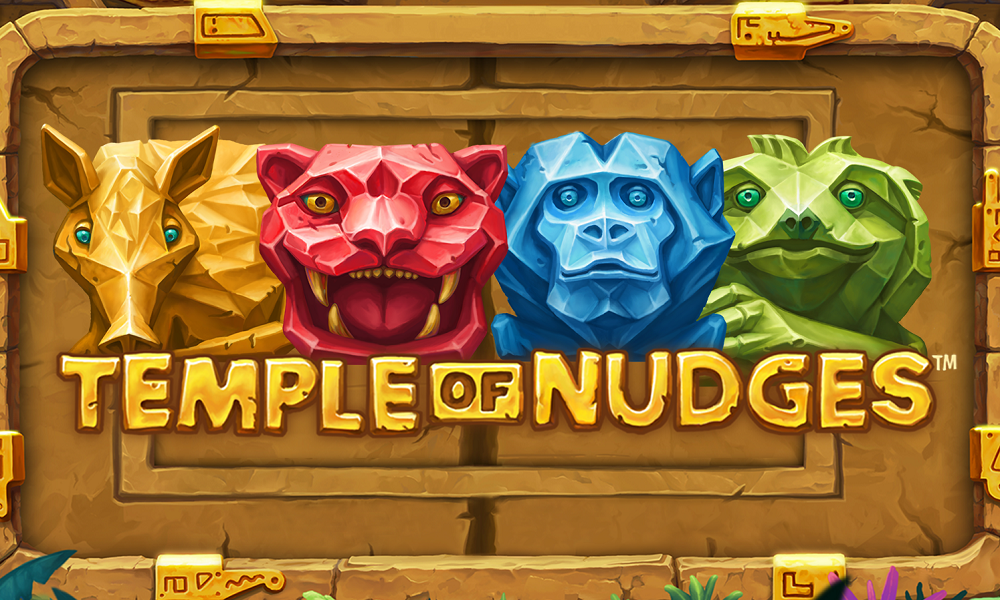 Out now: Temple of Nudges

The first time we heard NetEnt were set to release a slot called Temple of Budgies, we were pretty excited.

After all, what could be more thrilling than a musty old Egyptian monument, built to honour the memory of a dead emperor, and presumably filled to the rafters with millions of brilliantly coloured budgerigars, swooping majestically around the gaff and presumably serving as some kind of uncanny guardian over the mummified body of Ramses II, or what have you?

Turns out we’d got the wrong end of the stick. The slot in question was actually named Temple of Nudges. Our dream of playing a slot fusing ancient Egyptian history with the humble parakeet was destined to go unrealised, at least for now. Not to worry though – Temple of Nudges is pretty good too.

Live on the 32Red casino now, this five-reel, 243 ways expedition into mystery is a properly atmospheric number, with a jungle themed extravaganza replete with unusual carved icons like yellow warthogs and blue monkeys, staring impassively out at the viewer. 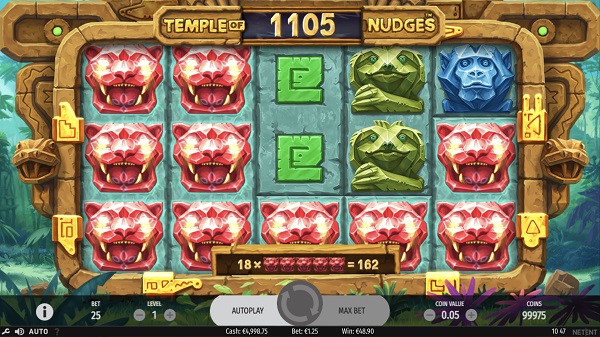 With subtle, ever so slightly ominous music in the background along with the sound of cheeps and chirrups fresh from the depths of some tropical forest, this Temple is definitely worth venturing into.

The Re-Spin feature is likely to be popular too – if the Re-spin overlay appears on a symbol during a winning game round, the feature will kick in, with all symbols of the same type as the winning symbol remaining in place, while the other symbols spin, to give the player a shot at another, bigger win.

Fancy hitting the Temple then? Tell it to the Nudge!

Temple of Nudges is out now – visit 32Red Casino to play, or for more options check out our wide range of table games and slots to keep you entertained!

Continue Reading
You may also like...
Related Topics:featured, NetEnt, Re-spin, Temple of Nudges