Forget Egyptians etcetera, there’s no mummy’s curses or dog-headed men or blokes called Imhotep hanging out here. Instead, this Pyramid is all about trying to get paid.

Based on a US TV gameshow that, frankly, I have never heard of, we figured that despite its comparative obscurity, if the slot’s in our casino, you might want to know a bit more about it. Who knows, maybe even give it a spin, though bear in mind with 700+ slots on our site, you do have options.

So anyway, this slot is a fairly standard five-reel, 15 paylines affair with the kind of chirpy, upbeat music that some people can presumably tolerate or even somehow enjoy. Personally I think they should have gone with Radiohead’s Pyramid Song, which if nothing else would have been thematically on point, but let’s not get bogged down in missed opportunities. 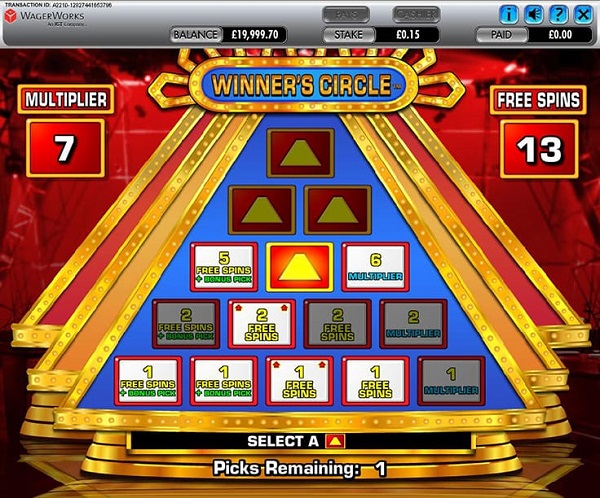 It’s fair to say that underneath a perhaps slightly generic presentation, 100,000 Pyramid is actually a reasonably interesting slot, at least if you can get into the Winner’s Circle.

When three or more Winners Circle Bonuses appear on the reels, you’ll trigger this feature, where you can attempt to climb the pyramid, collecting free spins and multipliers along the way. Then it’s into the Free Spins themselves – and hopefully, a tasty payout.

In summary then, on the surface this release doesn’t have a great deal to differentiate itself from the competition, but the climbing-the-Pyramid feature is actually a pretty fun idea that seems to work quite well. Who’d a thunk it?

The 100,000 Pyramid is out now – visit 32Red Casino to play, or for more options check out our wide range of table games and slots!