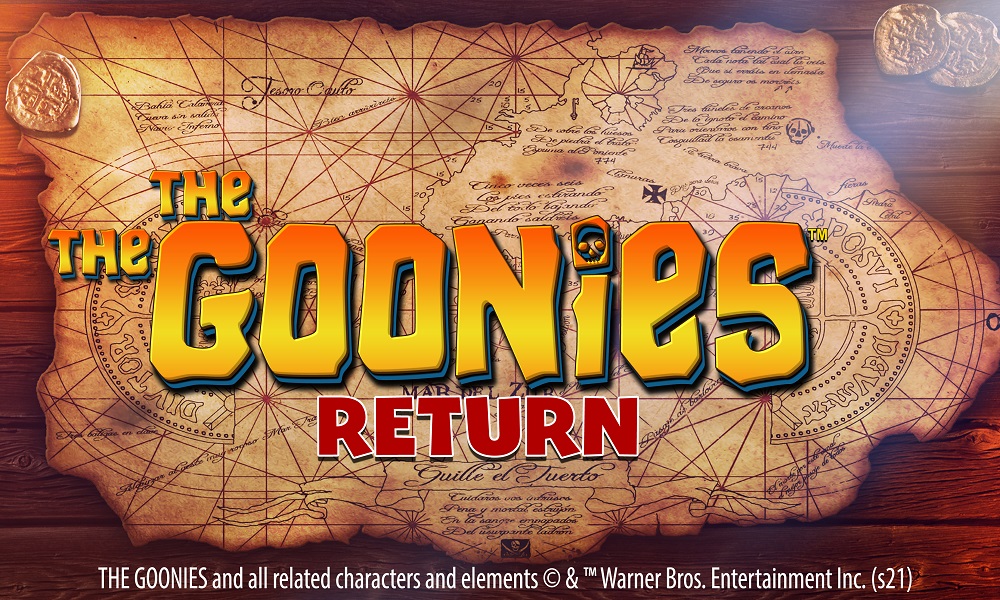 Out now: The Goonies Return

The Goons have been fine-tuned – and they’re better than ever! Play The Goonies Return now

In this latest slot based on the smash hit classic comedy blockbuster, The Goonies Return gives you a whole new way to take on the Fratelli gang. And hopefully, discover some of that fabled lost treasure…

In this superior five reel, three row slot from Blueprint Gaming, you’ll find likeness of those Goonies decorating the reels, a jaunty soundtrack accompanying your every spin – and some mighty fine features.

Look out for One-Eyed Willy’s Key of Plenty – this golden key can trigger a range of modifiers, activating randomly on any spin. You’ll find delights such as Truffle Shuffle Wilds, where Wilds can overlay the reels, turning positions wild, or a Win Spin, where you’re certain of landing a prize.

Other features include Hidden Treasure, where a Wild is added to the central reel and Goonie symbols can transform into Wilds. Or there’s the W-Invention Reels, where Data can cause two or more reels to replicate the same outcome, or even create a colossal symbol.

There’s plenty more to be found, like the Lucky Coins which give you the chance to land cash symbols while the reels respin, or the Bonus Boost that adds additional Bonus symbols to the reels. 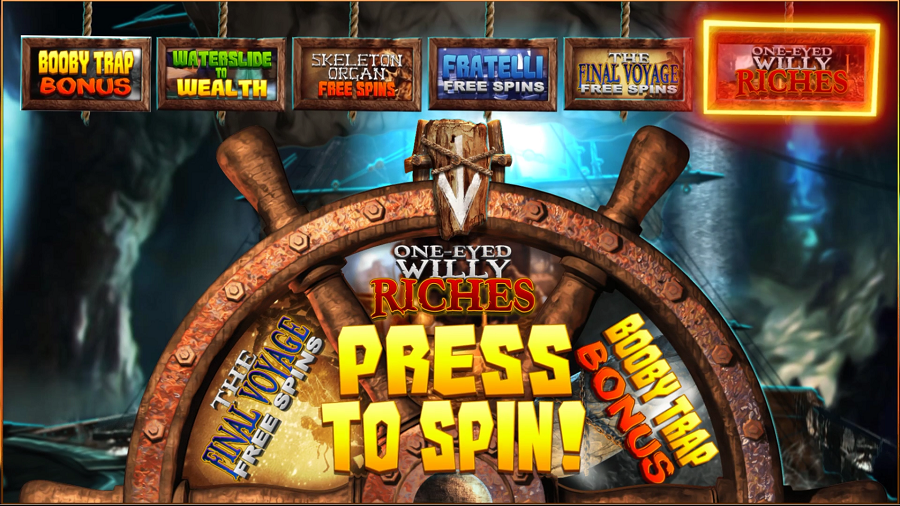 There are further modifiers too, which may trigger after a losing spin and redress the balance. For instance, a scythe can appear, resetting the reels to deliver a winning combination.

Or a cave collapse can occur, removing the current symbols, with a new set of winning symbols cascading in to replace them

It’s clear to see this latest Goonies iteration is absolutely chock-a-block with ways to pump up the potential payouts, then – and there’s more. Look for the pirate bonus symbol; three of these landing will trigger the One-Eyed Willy Bonus.

There are six bonuses available – spin the wheel to determine which one will be activated. Like Booby Trap Bonus, where you can collect cash and also activate another bonus feature.

Then there’s Waterslide to Wealth, which gives you the chance to advance down a multiplier trail – then can also direct you to the Big Money bonus round.

With Skeleton Organ Free Spins, the special Skeleton Organ symbol will be active and super stacked on each reel, and is sticky, remaining in place if it lands. 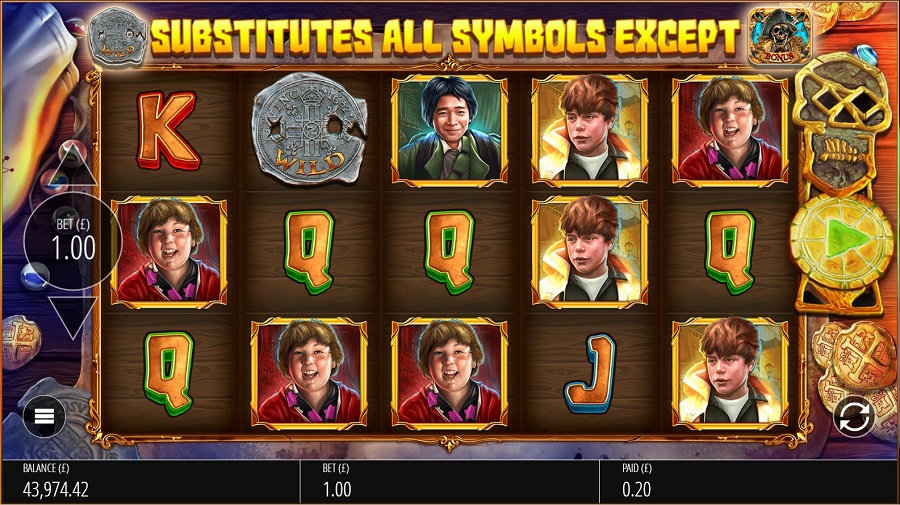 There are also Fratelli Free Spins, where players can land cash symbols and earn extra respins, and the Final Voyage Free Spins, where the Inferno Wild is active, and will move across the reels with each spin, upgrading high paying symbols to wilds.

Don’t forget the One-Eyed Willy Riches Bonus either – the reels spin, awarding multipliers until the booby trap ends the feature. Every Goonies character that arrives on the reels has a different bonus to offer, from multipliers to symbol upgrades, respins to reel extensions – you can add extra columns, with a maximum 9×4 reel set up possible.

This Goon show is absolutely jam-packed with bells and whistles, continually throwing novel new possibilities at the player.

It makes for a rollicking, variety-laden adventure that Goonies fans will absolutely love – but even if you can take or leave the licence, this slot has so much to discover it’s sure to prove enchanting.

All this, and we haven’t even mentioned the Truffle Shuffle? Consider us converted to the Goonies cause. This just might be the greatest Return since Lazarus…

The Goonies Return is out now. For more great gaming action, visit 32Red Casino to check out a wide range of table games and slots!