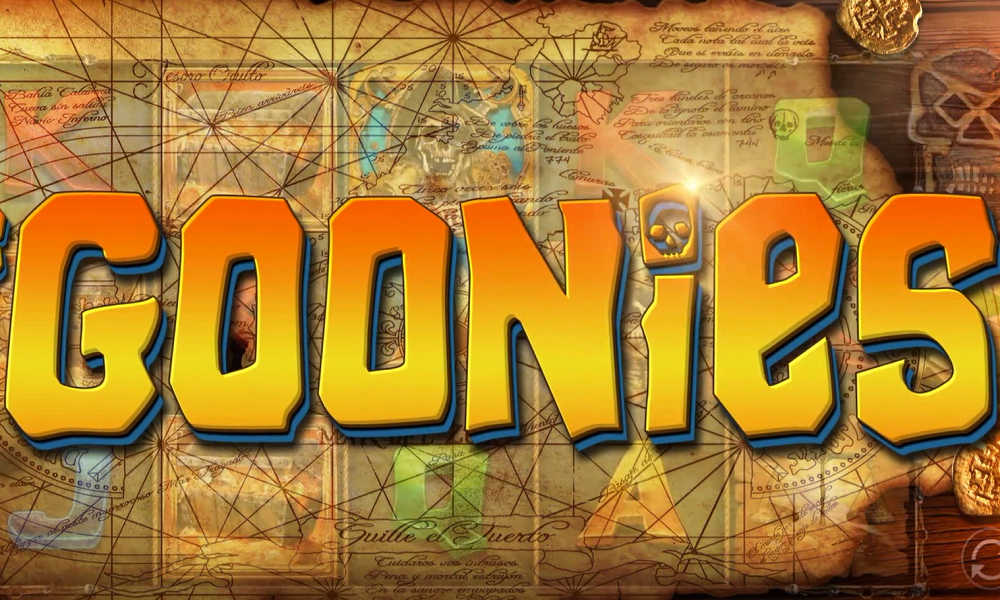 Out now: The Goonies

With Steven Spielberg listed in the credits alongside Chris Columbus (the guy who would go on to direct Home Alone!), it’s no surprise The Goonies was a smash hit when it arrived in cinemas in 1985.

With a cast of plucky kids, a villainous if dim-witted crime family, and a particularly unfortunate dude called Sloth, this zany comedy was a blast some 30 years ago. And if you were a fan of the film back then, chances are you’ll be similarly enamoured of this exceptionally classy slot.

Sometimes, a developer won’t make the most of a licence – but that’s indisputably not the case here. Blueprint Gaming have lavished care and attention on the design of this release, with the result that this five reel extravaganza really does pay impressive tribute to the film.

The visuals and sound effects are excellent; but look past the style and there’s plenty to get your teeth into (no offence, Sloth).

Each of the main characters gets their own feature; there’s Mouth’s Lucky Coins,  Data’s Colossal Symbols, Mikey’s Hidden Treasure – and of course, Chunk’s Truffle Shuffle.

Look for symbols with One Eyed Willies image – three or more of them trigger the pirate’s bonus boost, with six epic bonus rounds available to play, from Fratelli Hideout to Goonies Go Wild.

Make it all the way to One Eyed Willy’s Treasure, and you’ll be guaranteed a big win, too. With a multiplier that goes all the way up to an unbelievable x200, this is an impressive package. Top of the line production values, gaming action that’s awash with entertaining features – The Goonies is as good as slots get.

The Goonies is out now – visit 32Red Casino to play, or for more options check out our wide range of table games and slots to keep you entertained!