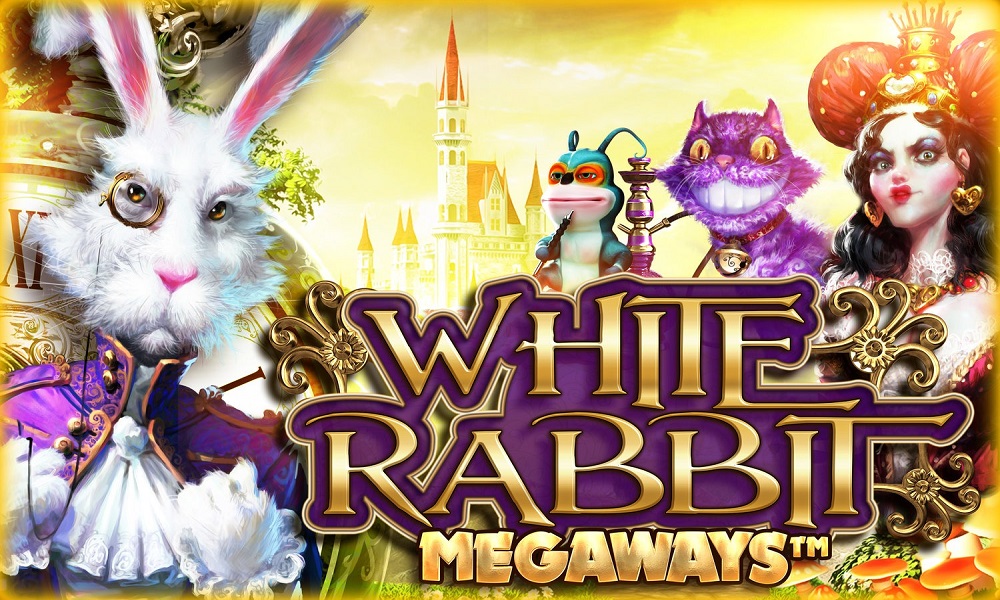 If you’re familiar with the tale, you’ll know the White Rabbit is forever rushing to his next appointment, clutching his pocket watch and fretting about not being on time, the perpetually belated bunny is the star of the show here.

With five reels and the Megaways mechanic, this slot can yield as many as seven symbols per reel on reach spin – which adds up to an impressive 16,807 ways to win.

But it gets better; with extending reels, each reel can have as many as 12 symbols per reel on each spin. Amazingly, that adds up to 248,832 ways to win in this BTG epic.

Presentation-wise, you’ll find unusual even unsettling artwork depicting the various oddballs of Alice’s adventure, along with teetering towers of crockery – all of which adds up to an unforgettable gaming experience. 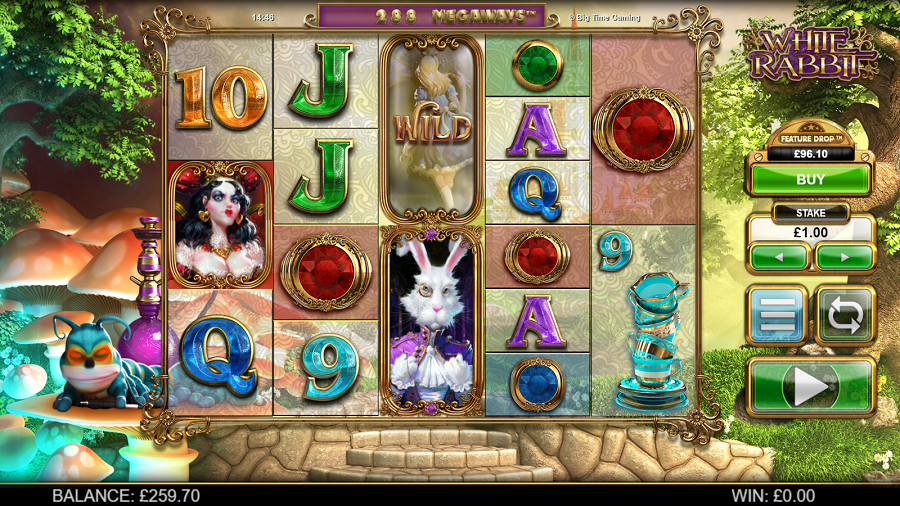 With Down The Rabbit Hole Free Spins, land three scatter symbols and you’ll trigger 15 Free Spins along with Extending Reels. If the cupcake symbols appear on the reels, they’ll add two extra symbols to the reels, maximising the amount of Megaways to win.

With 12 symbols in any reel you can trigger the White Rabbit Clock, adding as many as 12 extra Free Spins – and in total, players can enjoy up to 75 Free Spins with this feature. When a reel reaches the maximum of 12 symbols, the Queen’s reel will be used, too – this is an enhanced reel that gives you bonus Red Queen and Wild symbols.

There are also Caterpillar Wilds to help you out – a sleeping caterpillar at the left side of the reels can wake up at any time during the game. If he does, he’ll blow smoke rings across the reels – and each ring that lands on the reels will add multipliers of x2 or x3, giving you a shot at landing some potentially gigantic payouts.

BTG have really pulled a Rabbit out of their hat with this release – seldom has this floppy eared fellow offered so much entertainment. Up for a trip to Wonderland?

White Rabbit Megaways is out now. Visit 32Red Casino to check out a wide range of table games and slots to keep you entertained!