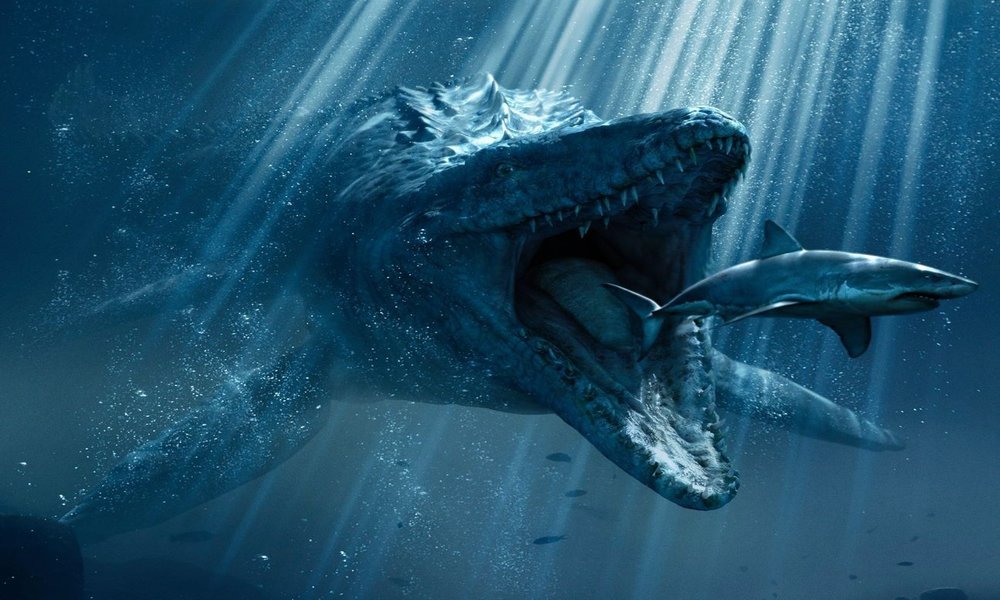 Out of this Jurassic World™! Top 7 movie-slot blockbusters…

The art of making a blockbuster movie into a smash-hit slot!

Microgaming have mastered the art of movie-to-slot adaptation, and with the biggest on the way with the Jurassic World™ slot launch, let’s look at some of the best big screen blockbusters that have made waves in the online slot world.

A vintage offering, the Hellboy slot has become a cult classic, in keeping with the appeal of the comic and movie franchise. A favourite with die-hard fans of the original comics, some players aren’t impressed with the old-school graphics, while some love how Microgaming have gone for the look and feel of the comic over the HD film version… The verdict is still out but nobody can deny that the Hellboy slot has enjoyed a cult following.

There were plenty of skeptics… how the feel-good, slapstick film would translate onto the slot screen was anyone’s guess, but Microgaming pulled it off again with this release. Even film-goers in love with the raunchy quintet of Lillian, Annie, Megan, Rita and Becca, found their funny-bones tickled in the Bridesmaids slot – with some great movie clips triggered during the game and features like the Boutique Bonus and Friendship Free Spin rounds.

I know, I know… it’s not a movie (yet). But I think we can all think of Game of Thrones being big screen material, and adapting this much-loved series into a slot took some convincing the die-hard (a fitting word when it comes to Game of Thrones) fans. Giving players the option by releasing both the 243 Wins ways and 15 lines versions, players have been pledging their allegiance to these slots and sticking with them since their release.

Perhaps Microgaming biggest challenge at the time, turning this classic 1991 blockbuster into a slot game was never going to be easy… how do you create any of the tension, terror or excitement found in the original film in a 243 Ways video slot? Well, once again, Microgaming came through with terrifyingly good T2 slot – with its now legendary T-800 Vision feature and mind-blowing graphics.

In 2015 Microgaming celebrated the 10-year anniversary of their first game-changing slot – Lara Croft: Tomb Raider. This was the first big brand release and it became an instant hit in the online casino world, matching the success of Lara Croft’s adaptation from video game to film… But this was no one-hit wonder or novelty slot, because Tomb Raider and the sequel – released in 2008 – Tomb Raider: Secret of the Sword, have remained extremely popular.

As with Terminator 2, it was a big challenge adapting such a classic movie into a slot that could be worthy of Steven Spielberg’s original. But Microgaming pulled everything out of the bag for this one – Parallax scrolling effects included – and made the world of Jurassic Park come alive in slot form. The rest is prehistory… Jurassic Park has remained one of the most popular slots of all time…

And now with the launch of the Jurassic World™ slot, we’re going to see a new game climbing to the top of the food chain… we are already calling it the Indominus Rex of slots and there’s plenty of good reasons to get excited, because this new slot release is set to shake up the whole slots world with some truly unique features, heart-racing bonus rounds and great movie clips pulled from the original Jurassic World movie. One of the other great things about this slot is that as you play the Jurassic World™ environments will change, doing away with the old static format, so that you will move around the park in pursuit of the Indominus Rex of payouts.

Don’t forget… if you haven’t already signed up, make sure you register before this new game launches on 21st June! 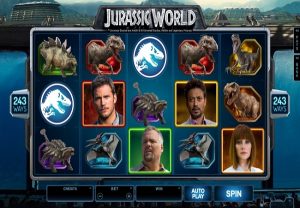