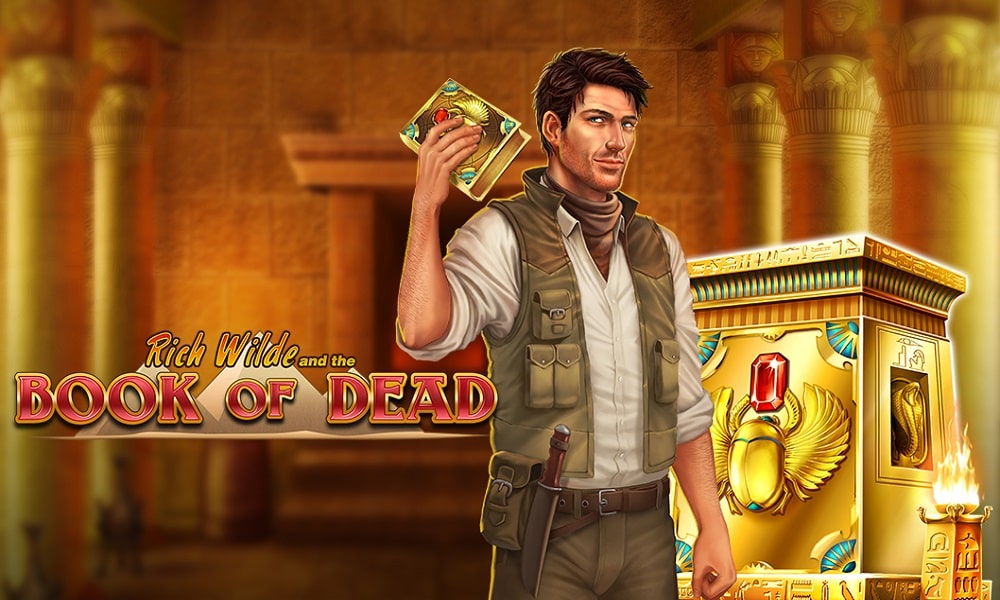 Play’s the thing! And we’re delighted to announce Play’n GO games are live on 32Red now. Soon, you’ll be able to play the brilliant Book of Dead slot (and many others) at our casino. Play Book of Dead now

For starters, five of this elite provider’s most well-loved slots will be available. But that’s just the beginning; in the coming weeks and months, we’ll be bringing many more Play’n GO releases to you.

And with more than 1,000 games in total already available at 32Red, plus many more being added each week, the 32Red casino experience is constantly levelling up to stellar new heights. Play’n GO? Let’s go, go, go… 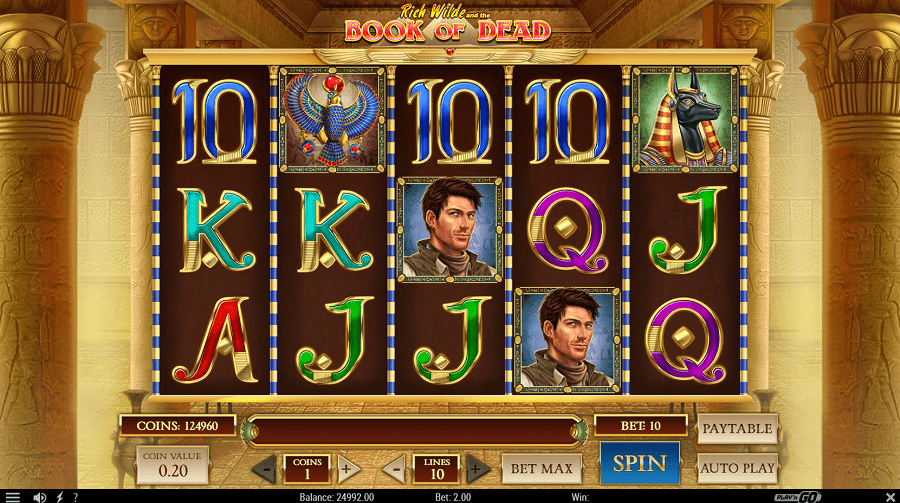 Or Rich Wilde and the Book of Dead, to give this release its full title. There are plenty of slots themed around the timeless idea of exploring an ancient Egyptian tomb, searching for priceless riches. Play Book of Dead now

Still, Book of Dead stands out thanks to its combination of exceptional style and irresistible features. Unlock the Free Spins feature and use the Expanding Symbol to help land potentially outstanding winning combos.

Land a cluster pay, and the resulting chain reaction sees winning symbols vanish, to be replaced by new symbols – for the chance for more wins in the same spin.

Giant Gargantoon symbols can throw Wilds onto the display, or even make a Quantum Leap into the centre of the reel, dividing and moving with each cascade to release more ways to win.

And with a selection of Quantum features adding Wilds, or transforming or destroying certain symbols, it’s time to discover head-spinning new dimensions in intergalactic gaming… 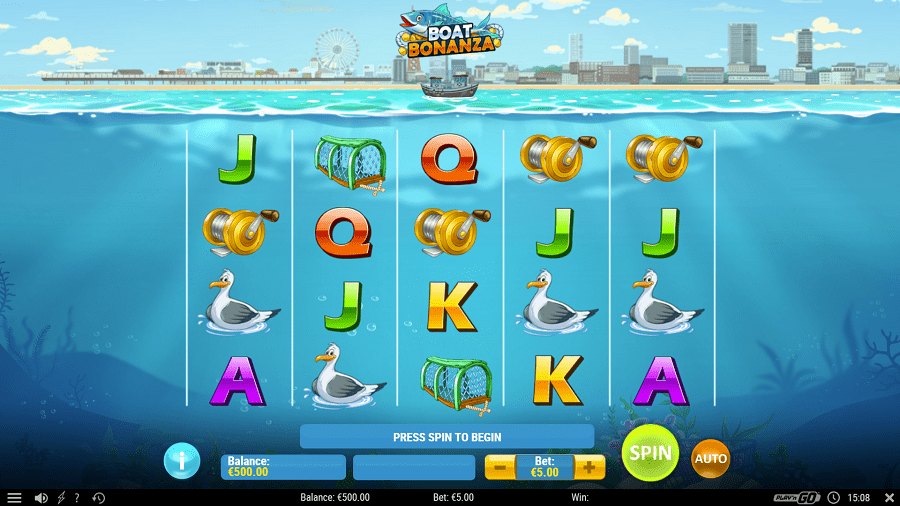 Ready to dip a toe in the water – and reel in a memorable catch? This rollicking river trip sees you embark on a fab fishing expedition! Play Boat Bonanza now

Land three scatters to take a crack at the Free Spins – where you’ll find Collector Boats that can reel in prizes.

Two boats on the same reel trigger the Mega Catch feature, where your fisherman’s net is cast over the entire grid, reeling in every prize.

There’s even a Mega Catch feature, where you can haul in a Golden Lobster – and multiply your winnings by x1000! Up for the ultimate angling extravaganza, then? Aye aye, captain! 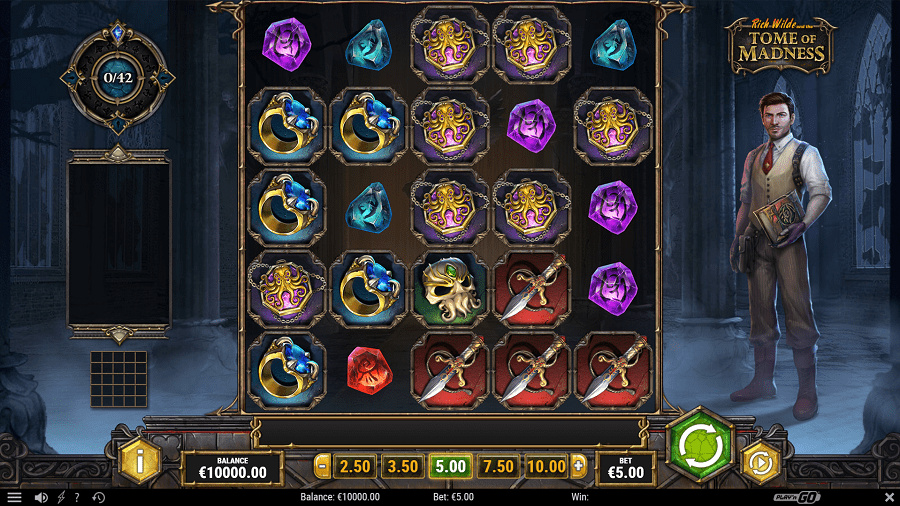 There’s no place like Tome. In this sequel to the smash hit Book of Dead, Rich Wilde returns with another pulsating page turner. This time the dogged adventurer has embarked upon a Lovecraftian journey into terror. Seeking out priceless relics whilst reckoning with the spine-chilling Cult of Cthulhu. Play Tome of Madness now

Cthulhu himself is a bizarre, tentacled God of darkness; his followers are hellbent on ushering in a new dark age of apocalyptic insanity. Meanwhile, Rick himself is on the hunt for the legendary book of madness, also known as the Necronomicon.

Fortunately, all you really have to worry about is making cluster wins across the 5×5 grid. The good news? These wins also contribute to the charge Portal, which can unlock awesome goodies like Special Wilds or the Abyss and Void features.

You can even trigger the Other World effect that lets you enter an inter-dimensional gate (hopefully, towards more wins) – or else trigger the Mega Wild Cthulhu symbol.

A little bit creepy, tons of atmosphere, staggeringly good fun and with plenty of ways to win – it’s fair to say this journey into the dark side is one Tome you won’t want to put down. 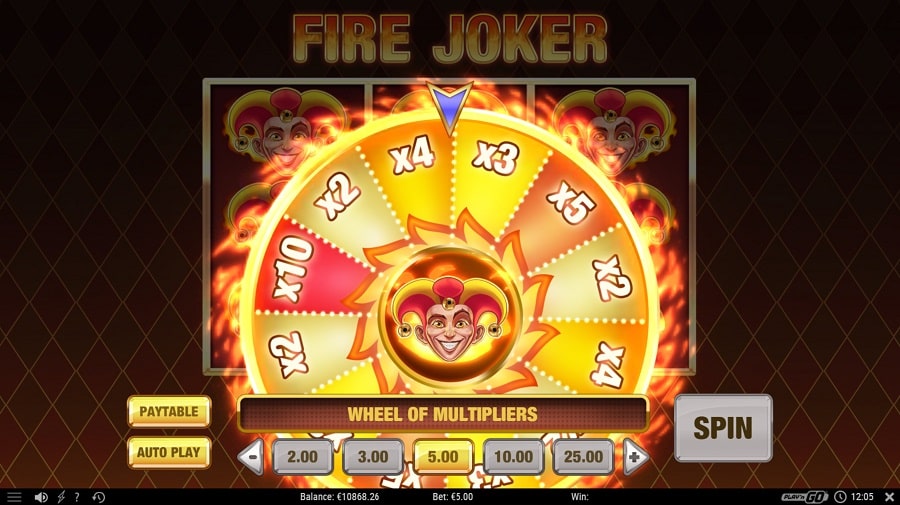 Prefer your slots on the straightforward side? Fire Joker is a fine tribute to the classic fruit machines of yesteryear. But with enough polish and pizazz to keep contemporary slots players amused, too. Play Fire Joker now

The Fire Joker of the title acts as a Wild symbol that can appear on any of the three reels. Meanwhile, the Respin of Fire feature can award respins when stacked symbols land on reels 1 and 3.

Fill every reel position with the same symbol, and you can use the Wheel of Multipliers to bolster your win by as much as 10x, too!

And with the chance to win up to 800x, the vibe might be classic one armed bandit, but the prizes are definitely no joke. This one’s worth getting fired up for, alright…

Play’n GO slots are avilable now on 32Red. In the meantime, visit 32Red Casino to check out a wide range of table games and slots to keep you entertained for now!

Continue Reading
You may also like...
Related Topics:featured, Play’n GO