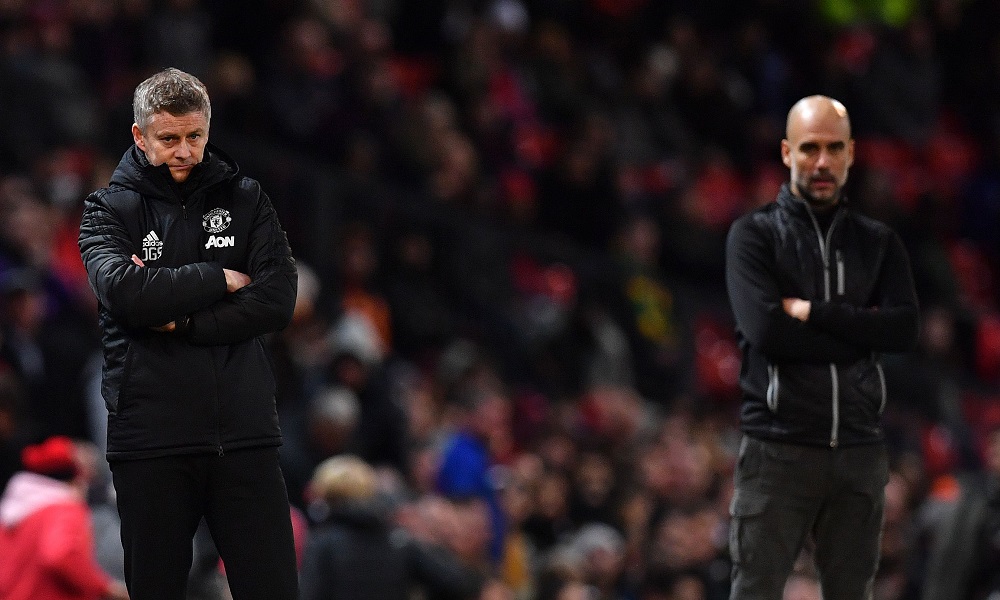 Premier League betting preview: all games including the Manchester derby

It’s three losses in four games for Liverpool, and with just that 22 point lead over nearest rivals Man City, could Jurgen Klopp’s seemingly miraculous season somehow end up in the khazi?

Put it this way, Liverpool have ten more league games to play this season. They could lose seven of them and still be guaranteed to win the league.

So what about Saturday’s opposition? Well, in an admittedly small sample size, Bournemouth haven’t ever beaten Liverpool at Anfield. In the last five meetings between the two sides, the aggregate score is Liverpool 17, Bournemouth nil.

Oh, and this current Cherries side are having their worst ever campaign in the Prem; they’re currently 18th in the standings, and have lost every one of their last five away games.

Under the circumstances, the stats suggest it would be stunning, absolutely stunning if Bournemouth could get a win here – and that’s reflected in their price, 23/2. But if you think Liverpool are spiralling into some kind of a tailspin, by all means back the visitors – it’s not impossible, I guess.

A more sensible bet might be to predict some kind of positive reaction from the home side. After a difficult week, Liverpool could be in the mood to let off some steam against hapless Eddie Howe.

West Ham have shown a bit of spirit lately, giving Liverpool a run for their money and then beating Southampton last time out. But the Gunners have generally been sharp in their last few outings, that painful loss in the Europa League notwithstanding.

Arsenal’s record against West Ham at the Emirates is pretty compelling too, with eight of the last nine meetings between the two sides in North London ending in a home win. And during his long career as a manager, David Moyes has NEVER masterminded a win over Arsenal.

Back Arsenal to win and Aubameyang to score at a combined 23/20.

Watford claimed a famous victory against Liverpool last week, but the Hornets have only strung two wins together on one other occasion so far this season.

Palace have won their last two after a shaky start to 2020, but are never a side you feel wholly confident getting behind. One notable aspect of the team’s results, though, is their ability to keep the score down. In the side’s 14 home games in the Prem so far this season, 12 have seen two or fewer goals scored, so…

Two promoted sides, with contrasting fortunes this season – but could Norwich get something against Chris Wilder’s side here? The Blades were held by Brighton here a week ago, and Norwich should be feeling positive, after winning against Leicester and knocking Spurs out of the FA Cup on Wednesday. The Canaries might at least be capable of earning a point here.

Neither side are in the rudest of health right now, Saints having lost three of their last four Premier League games, while Newcastle have failed to even score a goal in their last four league outings.

Home advantage hasn’t always been much of a benefit for the Saints this season, but the last time they played at St Mary’s they did beat Villa. Southampton should presumably have enough to see off a Steve Bruce side in a bit of a rut now, even if the Magpies did claim a rare FA Cup victory against West Brom on Tuesday.

Danny Ings was restricted to a second half appearance from the bench in Southampton’s most recent game, a defeat to West Ham last weekend. Presumably the striker will be back in the side from the beginning this week – if so, he looks by far the likeliest man to open the scoring.

Brighton are the only side in England’s top four divisions who haven’t yet won a game in 2020. They lost at home to their hated rivals Crystal Palace a week ago, and are just a point clear of the relegation spots, with fixtures against the likes of Arsenal, Man Utd, Liverpool and Man City to come in the next couple of months.

This week it’s Wolves, and Nuno Espirito Santo’s team are sixth in the table – and seemingly capable of gate-crashing the top four. The Midlands side have looked impressive in a 3-2 win against Tottenham and a 3-0 over Norwich before that, and it will be a surprise if they don’t see off the Seagulls.

Undefeated in their last six league outings, Burnley host a Tottenham side that were dumped out of the FA Cup on Wednesday and finished the evening by seeing Eric Dier climb into the crowd to confront one of his own fans.

Not exactly the magic of the Cup that Jose Mourinho would have been hoping for; and results have scarcely been better elsewhere, the side losing its last two Premier League games, having been turned over by Leipzig in the Champions League.

Spurs did spank Burnley 5-0 earlier this season, but with Tottenham still missing key players like Harry Kane and Heung-Min Son, the north London side scarcely seem to possess the firepower for anything close to a repeat.

As for Burnley, they look like they’ve regained a bit of fire in their bellies; despite having what seemed to be a pretty ropey season for a while there, they’re somehow up to ninth in the league right now. I reckon the home side look a good thing to take all three points.

The West London side got the better of Liverpool in the FA Cup midweek, so can the Blues make it a Merseyside double this week and beat the Toffees on Sunday?

The fact that former Chelsea boss Carlo Ancelotti is now the Everton boss adds a little extra sizzle, even if Ancelotti himself would probably raise a quizzical eyebrow at such talk.

Whatever, both teams are in relatively good shape right now, so maybe it’s worth forgetting trying to figure out who’s going to win and just enjoy the spectacle. If you need an idea for a punt, perhaps a better angle of attack is backing Calvert-Lewin to score for the visitors – he’s flourishing under Ancelotti, bagging in five of his last six Premier League appearances.

The Manchester derby might have lost some of its lustre since the days when City used to bait its neighbour with the Carlos Tevez Welcome to Manchester billboard.

But even if City are the established force and United the scrappy little underdog harking back to a glorious past, United come to this game in reasonable shape. They’re unbeaten in nine games, after all – a run that saw them beat Man City at the Etihad back in January, incidentally.

That said, City have won their last five in all comps – with four of those victories coming on the road. In the last four Premier League meetings between these two at Old Trafford, City have beaten United. It’s easy to see why the visitors are favourites here.

Sergio Aguero has scored in each of his last two outings for City and has a good record against United, scoring nine times in all competitions.

Back Man City to win and Aguero to score at any time at a combined 29/20.

This Monday night fixture presents Leicester with a gilt-edged chance to win in the Prem again, after four matches without a victory. The Foxes won against Birmingham in the FA Cup in the week, but before that they were beaten by Norwich in the Prem.

It’s been four straight losses for Villa, the side losing in the Carabao Cup on Sunday even if they made a decent fist of it, with league losses to Southampton, Tottenham and Bournemouth before that.

There’s no word on whether Vardy will be fit for the Foxes – but the striker is goalless in his last nine appearances for Leicester, anyway. With Brendan Rodgers’ side in the doldrums, it could be worth taking a chance on the visitors.

Back Villa or draw in the double chance market at 9/4.