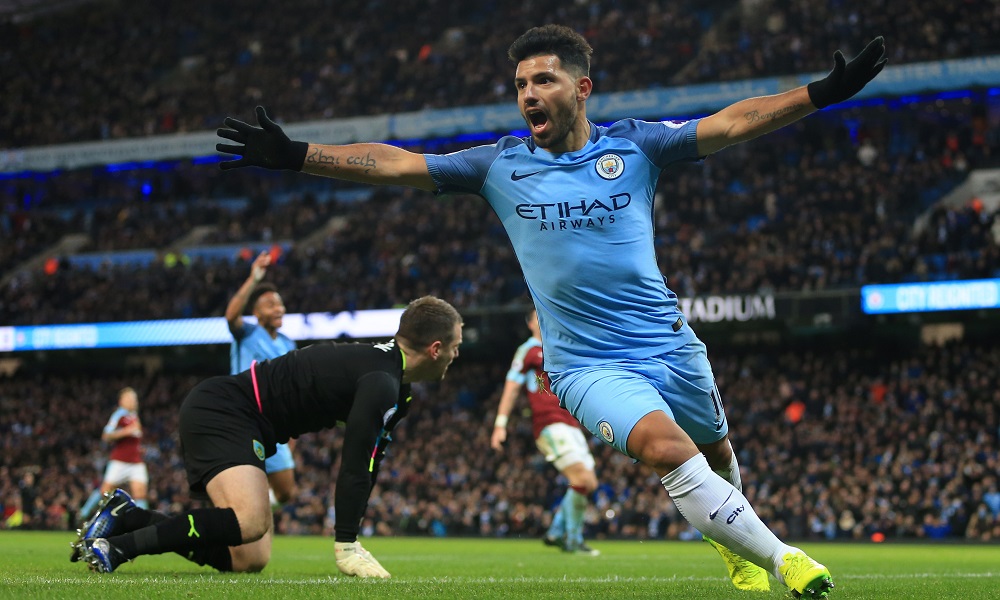 Pep Guardiola’s men were comfortable victors over Arsenal last week, thanks in part to a tour-de-force performance from David Luiz. The Brazilian Frank Spencer put on a masterclass of mishaps, but Burnley are unlikely to be quite so accommodating on Monday.

It’s difficult not to dismiss the visitors out of hand though. If City are something like their best, it’s tough to see Sean Dyche’s motley crew getting much joy here. Last season, City played the Clarets three times, for an aggregate score of 11-0 – including two five-nils. Burnley have never won at the Etihad, and we’re scratching around for something positive to say about them here, even if they are unbeaten in their last five matches.

City have lost some games you’d expect them to win this season because, arguably, they’ve had more than their share of bad luck. I can’t believe this is another chance for his detractors to revel in the sight of Guardiola looking aghast, however.

Raheem Sterling was scoring for fun earlier this season, but his goal against Arsenal last week was his first of 2020. Perhaps belatedly getting off the mark again will bolster his confidence and see him find the net again here; you can back Sterling to score at 26/25.

Aguero, should he play, is obviously likely to score, but the odds reflect that. Maybe it’s worth trying our Pre-pack section, and backing Aguero to score at least two goals and City to win at 27/10.

Third-placed Leicester had to settle for a draw against Watford on Saturday, but you’d expect them to do better against a Brighton side that have struggled for most of the year – even if the Seagulls are currently soaring after beating Arsenal at the weekend.

That was Brighton’s only win of 2020 to date, and the Foxes generally tend to be pretty lively at the King Power – they’ve won nine of their 15 home league games in the league this season, with only Liverpool, Man City and Southampton winning on their home turf.

Leicester are 7/10 to win. If Jamie Vardy scores he’ll celebrate his 100th Premier League goal, and you have to figure he’s got a decent shot against the south coast side. Back Vardy at 21/20 to score, or combine the goalscorer bet with Leicester to win in our Pre-pack section at 33/20.

If Jose can’t beat this West Ham team, Spurs really are in trouble. The Hammers are one place above the relegation zone and were comfortably beaten by Wolves at the weekend. The side may yet avoid the drop, but there’s an atmosphere of gloom around the club, and this encounter could be just what Tottenham need after a frustrating period for the North London club.

Spurs are at near full strength – even Dele Alli, suspended last time out, could return, though there’s a question about who would be dropped to make way for him. Whatever, Tottenham can’t turn down this timely opportunity for three points, surely? Back Spurs to win at 7/10, plain and simple.