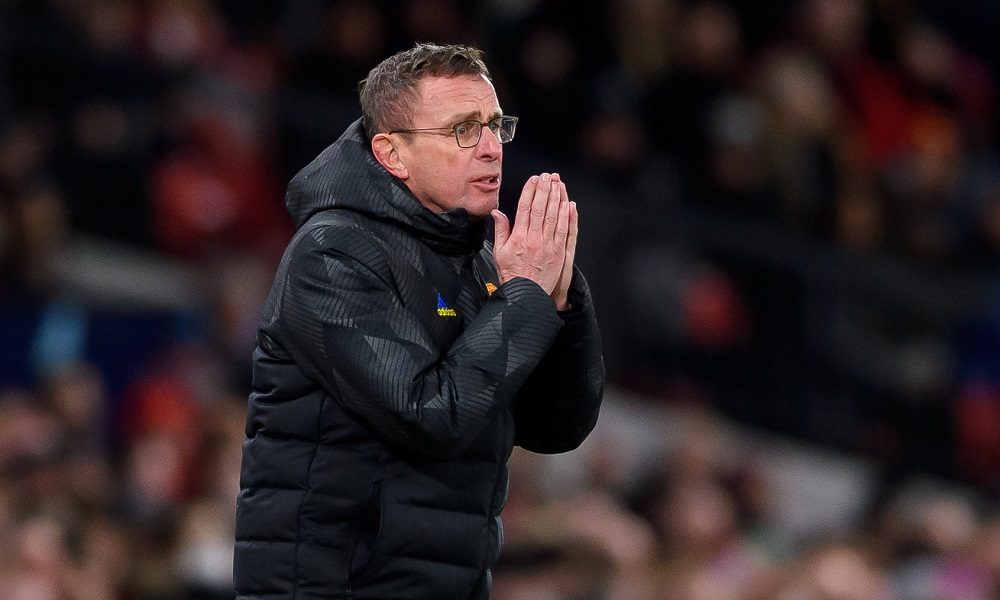 Man United have looked slightly underwhelming under Ralf Rangnick, and could only take a point from their meeting with basement club Burnley midweek. They’re not even a sure thing when playing at the one-time Theatre of Dreams; these days the support at Old Trafford aren’t dreaming, but they could be forgiven for slipping into a light snooze.

So should United be concerned as they welcome Southampton on Saturday? Rangnick and Hasenhuttl know each other pretty well, as it goes; Ralf and Ralph worked together at RB Leipzig before the Southampton manager moved to the Prem.

And after turning over Tottenham 3-2 with a late comeback on Wednesday, Hasenhuttl’s side should be hopeful of getting something against United, whose abundantly talented squad still don’t seem to be quite gelling.

Past performances tell us Saints can quickly swing from highs to lows, though – after all, Southampton were beaten 9-0 in this fixture last season.

Unconvincing as they might be, United have lost just one league game under Rangnick. Both Teams To Score would seem a reliable approach; it’s come in during four of United’s last five games in all comps, and nine of Southampton’s. The odds of 8/11 for BTTS might not blow your mind, of course.

Perhaps backing Southampton free kick specialist James Ward Prowse to find the net at 23/5 is worth a look. The 27-year-old has three goals from his last four away games in the Prem…

With seven league defeats and just a single win since Boxing Day, it’s not unthinkable that Brentford could find themselves fighting for survival in the Prem this season. The Bees have played 24 games, two more than the likes of Leeds and Newcastle. Meanwhile Burnley have four games in hand on Thomas Frank’s team.

The point is, the Bees need to start picking up points again. Does a visit from Crystal Palace offer an opportunity to do just that?

Possibly – Palace’s sole away win this season has come against Man City. But Vieira’s side do seem to have the knack for earning draws on the road, taking points from Norwich and Brighton since mid-January.

Another stalemate could be on the cards here, and you can back the draw at 43/20.

After the disappointment of that defeat to Newcastle midweek, Frank Lampard needs a strong performance against Leeds here – if he can’t inspire that three games into his tenure, the Toffees really are in trouble.

There is previous between these two coaches, of course – the whole spygate thing from a couple of years back, when Lamps was coaching Derby, and Bielsa sent some dude along to check out a training session. Maybe some residual enmity between the two will lend this encounter some additional spice.

In any case, Leeds have scored three goals in each of their last two away games, which speaks to the never-say-die attitude Bielsa has instilled in his small squad.

With both managers preferring to play on the front foot, goals would seem a near certainty. You can back over 3.5 goals at 13/8. But given Leeds recent performances, it could be worth taking a chance on the visitors. Leeds are 21/10 to win.

Brighton have produced 12 draws in the Prem this season, more than any other team. They also face a Watford side that have quickly bought into the Roy Hodgson ethos – which means keeping it tight, basically.

Norwich remain unbeaten in four games in all competitions after a midweek draw against Crystal Palace. The Canaries are in their best form of the season, even if that’s a fairly modest boast – so can they possibly frustrate or even get the better of this Man City side?

A few years ago they pulled off a similar trick against Pep Guardiola, winning 3-2 in 2019. Don’t get too carried away, though; City have battered Norwich 5-0 twice since those heady days.

The visitors are cruising towards the title, but while they’re always capable of dishing out a spanking, they’ve only scored seven goals in their last five league games. Is another straightforward, low-scoring win on the cards? Could be. You can combine City to win and under 2.5 goals for a 16/5 double.