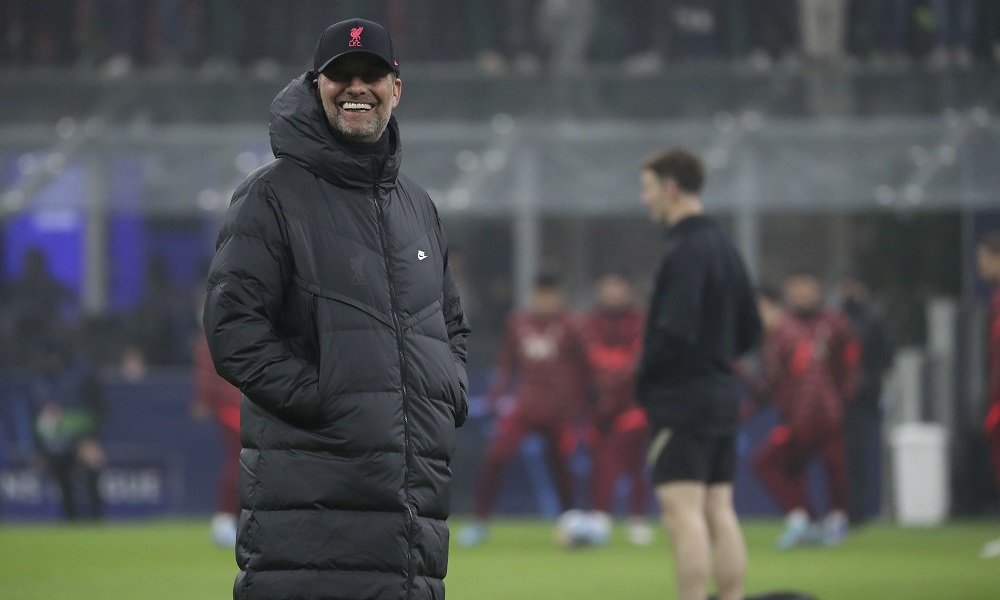 All Saturday’s Premier League matches previewed – including Liverpool vs West Ham in the teatime kick-off from Anfield.

Look at recent results, and Leeds’ decision to dismiss Marcelo Bielsa is understandable. But that doesn’t mean replacement Jesse Marsch will inspire an immediate upturn in fortunes this week.

The West Yorkshire side head to the King Power having earned one point from their last six league games. They’ve conceded 10 goals without scoring in their last two matches, and their small squad still has significant absences through injury.

Marsch impressed with Red Bull Salzburg, but lasted only five months at RB Leipzig before being ousted. The American coach has already acknowledged the unflattering Ted Lasso comparisons.  But is he capable of bringing some of that feel-good factor back to the club? Or will his stint in the Prem end up being closer to cringe-comedy?

Leicester have had their own problems, but they should fancy this after winning against Burnley in the midweek game – when the newly-fit Jamie Vardy came off the bench to put the result beyond doubt in the closing minutes.

Vardy is 18/5 to score the opener in this lunchtime kick-off. But Leicester aren’t short of potential goalscorers; Harvey Barnes has scored in all three of his league meetings with Leeds to date. Barnes is 13/5 to score at any time, with the Leicester win a 4/5 shot.

After back-to-back defeats to the relegation-threatened Newcastle and Watford, Villa showed signs of improvement with victory over Brighton last week.

But Southampton are in fine form, dispatching West Ham in the FA Cup earlier this week despite rotating much of their squad. The Saints are also unbeaten in their last five league games. And they’ve won at Villa Park on their last three visits to the ground, scoring at least three goals on each occasion.

Last season the result saw a chaotic 4-3 win to the visitors. And Southampton have been good value on away trips in recent months, beating West Ham and Spurs on the road.

In their last home game, Gerrard’s side were turned over by Watford, so it’s not hard to fancy an in-form Hasenhuttl side taking the three points here. The Southampton win is a 21/10 shot.

Having lost the League Cup Final in hugely satisfying fashion for the neutral, now Chelsea turn their attention to the less sparkling assignment of a trip to Turf Moor. But with Thomas Tuchel getting shirty with reporters, and Roman Abramovich seeking to sell the club, could Chelsea be slightly vulnerable as they face Sean Dyche’s team?

Well, Burnley did put a couple of good wins together in February. But any momentum might have ebbed away with the 2-0 home defeat to Leicester on Tuesday. And Chelsea’s history should certainly give the visitors cause for optimism. They’ve never been defeated here in the Prem, winning six of their seven matches.

Perhaps the future is uncertain for Chelsea. But here in the present, the West London side should probably still get the job done. Burnley have failed to score at home against Leicester, Watford and West Ham in recent home games. Chelsea are 6/5 to win to nil.

Four wins in five matches for the Mags tell us Eddie Howe has his nouveau riche side coming along nicely. Meanwhile, the Seagulls have lost three games on the bounce without scoring a goal.

Will that pattern continue on Saturday? Or can Brighton get back on track at St James Park, against a team that have never even scored against them in their last four visits to this ground?

Whatever the outcome, six of each these side’s last seven matches have seen two or fewer goals scored. Backing under 2.5 goals sounds like a pretty good option then – if you’re willing to take that bet at 4/6. If you demand a bigger price it could make sense to follow the hosts. Newcastle are 13/2 to win 1-0.

Brentford’s search for a first victory since early January goes on, with the Bees turned over by Newcastle last weekend. But Norwich are on a losing streak, having been beaten in their last four games in all competitions – albeit against competition like Man City and Liverpool (twice).

The Canaries have already beaten Thomas Frank’s team in this season’s reverse fixture. And Brentford’s recent results might give Dean Smith hope that his side can take all three points here.

In reality though, both these sides struggle for goals. The Bees have six from nine league games in 2022, while Norwich have seven in the Prem dating back to the start of December – 12 games in all. That again suggests that backing unders might be the sensible approach – and under 2.5 goals is an 8/13 shot here.

If those odds leave you less than overwhelmed, on the basis that there’s not much between these sides, the visitors just might nick the win. Brentford are 8/5 to take three points, or 13/2 to win 1-0.

Wolves have lost four of their last six matches in all comps – but while Palace are puttering along nicely, they’ve only won two away games all season in the Prem. This one could end honours even – and the draw is a 43/20 shot.

It’s tough to see anything but a home win in this Liverpool vs West Ham teatime kick-off, with the hosts on a six-game winning streak. Klopp’s side won the Carabao Cup last weekend, they scored six past Leeds a few weeks ago, and they haven’t dropped a point an Anfield since October.

The Irons are having a decent season and beat Liverpool 3-2 in the reverse fixture back in November, but David Moyes team has dropped points against Newcastle, Leicester, Man Utd and even Leeds this year. Surely the Merseyside team won’t squander this opportunity to move within three points of leaders Man City.

Backing Liverpool to win won’t exactly deliver a juicy price, of course. Nor will backing Mo Salah to score, but the Egyptian has found the net nine times in nine Premier League encounters with the Hammers – scoring in all four of the teams’ recent encounters at Anfield.

Salah has four goals in his last four games for Liverpool, too, so how can you not back Mo to loom large here, frankly? You can combine Salah to score at any time and Liverpool to win in a double at 10/11.