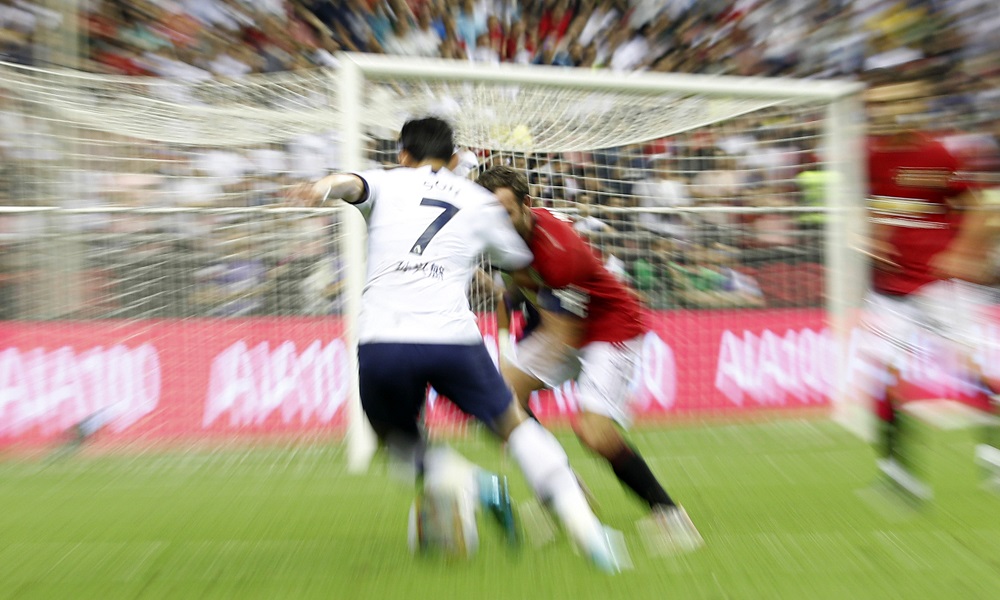 Brave Mou world? Life has changed in the last three months – and even if Premier League football is back, it’s not quite the same. For all the latest Premier League odds, visit our sportsbook.

So how will Jose Mourinho get on in his return to the dugout on Friday night? The Tottenham boss hosts former club Man United, with the increasingly careworn Ole Gunnar Solskjaer still fighting to prove he’s more than a stop-gap in Manchester.

While some (okay, myself) thought the Norwegian might have been on his way out, there are signs that Man United might just be moving in the right direction. United are currently fifth in the Prem – a far cry from the Fergie era, maybe – but the side are unbeaten since late January and in their last 11 games in all competitions, they’ve only conceded two goals.

They won their last league game against Man City 2-0 – the second time they’ve beaten them in 2020 – and in new signing Bruno Fernandes the side have a valuable galvanising force who has instantly endeared himself to the fans – and possibly given Paul Pogba a metaphorical kick up the arse.

Hell, after Marcus Rashford’s recent heroics in the wider world, United even appear to be edging dangerously close to becoming likable, too. The Manchester side are on the up, or at least they were – and Solskjaer would dearly love to mark the end of this three month lay-off with a good result against the man he replaced.

So how about Spurs? Have they flourished under the new boss? Well, Tottenham currently sit eighth in the Prem, four points behind Man United – so a win here would be very useful, in the race for a Champions League spot (as things stand, the team that finishes fifth will play in the European competition next season, thanks to Man City’s ban).

But Tottenham have been neither easy on the eye, nor especially efficient since Jose turned up. Even factoring in a number of injury problems – including Harry Kane – it must be galling for Mourinho that he hasn’t managed to win a single one of his last six matches in charge. The side have been held to draws by Norwich and Burnley in recent outings, and were battered 3-0 in the Champions League by RB Leipzig last time out.

Tottenham are tottering under their new coach, and while Mou might be a proven winner, it’s difficult to recall him turning things round once they go bad. Typically that used to happen after a couple of years, but he’s only been in North London since November. If Mourinho is to rehabilitate that faltering reputation, he needs to start getting results.

The good news is that Spurs are almost back to full strength, with Kane obviously the most significant return. But Son Heung-min, Moussa Sissoko and Steven Bergwijn are fit again too – no Dele Ali, though, who serves a one-match ban after an ill-advised video on social media made light of Covid-19. As for United, Ole will potentially welcome back Pogba and Daniel Marcus Rashford, who have both been recovering from injuries.

So can the visitors beat Tottenham in the Londoners’ back yard? United have been variable under Solskjaer, but seem to have found a groove since January. Mourinho’s preferred plan favours soaking up pressure, snuffing out chances and hoping that when a rare goalscoring opportunity materialises, someone makes it count. It’s not pretty but sometimes it works.

Solskjaer has generally been a more effective tactician when taking on bigger teams with United – but that usually means playing a similar gameplan to Mourinho’s, focusing on defence and relying on counterattacks. Oh Christ, it’s not gonna be that kind of a game is it? Shit on a stick redux? Say it ain’t so…

United are slight favourites to win at 7/5, with Spurs 2/1 shots and the draw available at 49/20. With United in good nick but a tad unpredictable generally, and Mourinho having had plenty of time to prepare for this game, I’ll resist predicting a winner and bank on both managers playing it cagey – under 2.5 goals at 19/20 could be a decent bet.