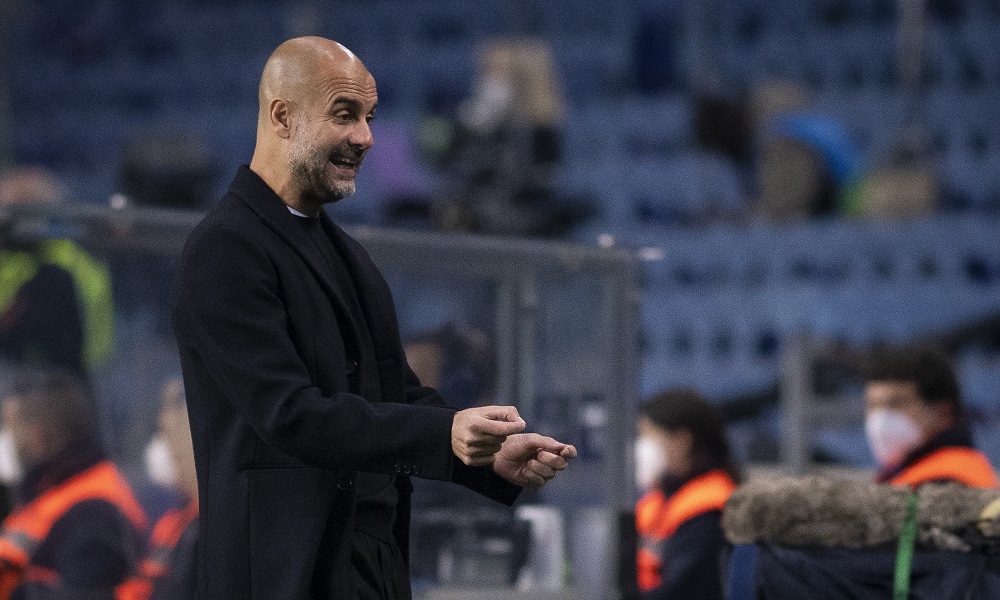 It’s been a wonderful campaign so far for West Ham, with Irons fans even dreaming of European glory next season after David Moyes’ side propelled themselves into the top four of the Prem with their win over Tottenham.

Still, the East London side are hardly infallible – they drew against Fulham a couple of weeks back – and surely no-one is expecting the visitors to get a result against City on Saturday at the Etihad.

City are now 19 games unbeaten – although to be fair, the last team that took a point off them at home also had West in their title. If the hapless Baggies can keep Pep Guardiola’s footballing unstoppables at bay, maybe West Ham can do a job too? Right guys? Am I right?

No. The Irons haven’t even scored in their last two away games in all comps, against the Cottagers in the league and Man Utd in the FA Cup, while City haven’t conceded at home in their last six league matches.  Why are we even still having this conversation? It’s a City win, obviously. If my track record has persuaded you to go large on West Ham, I completely understand and wish you all the luck in the world; they are 11/1 to win.

City to win to nil is an Evens shot – and at the risk of repeating myself, it’s come in during each of the last six home games for the Manchester side. It looks a pretty decent bet again here.

West Brom’s non-revival under Big Sam continues; the side have collected three points in their last seven matches, and had to settle for a goalless draw last time out against Burnley. But Brighton just don’t win often enough to warrant backing them against the Baggies.

One thing’s certain – neither side are goal machines, with seven of the Seagulls’ last eight league games featuring two or fewer goals – and six featuring one or fewer. Baggies’ games generally haven’t been quite so low on scoring, but that’s more to do with the fact the Midlands side concede more.

That might not be an issue against Brighton, who have plundered a total of five goals in their last eight league games. You’ll get 7/10 if you back under 2.5 goals, but it could be worth chancing under 1.5 goals at 43/20…

They’ve won each of their last couple of games at Elland Road too, against Crystal Palace and Southampton. Opponents Aston Villa may be without key player Jack Grealish on Saturday, and Patrick Bamford scored a hat-trick against this side when the two teams met back in October.

Should we expect more of the same here? Could be. Despite Raphinha’s undoubted excellence, Bamford remains the likeliest source of goals for Marcelo Bielsa; Bamford is a 22/5 shot to get the opener, with Raphinha offering less certainty but more potential winnings at 17/2.

If you think Bamford can recapture his free-scoring excellence from the previous Villa encounter, you can back him at 15/2 to score two or more goals here. The straightforward Leeds win is a 6/5 shot.

Newcastle are being sucked inexorably towards the relegation zone, Fulham’s Scott Parker eying the possibility of survival as Steve Bruce tries not to think about what could be a potentially critical final day meeting between his side and the Cottagers.

For Wolves though, it’s three wins in four league matches, and things are looking up. Even if Nuno has played pretty conservatively of late, he may fancy all three points against a Newcastle team who have lost eight of their last 10. The Wolves win is a 23/20 shot.