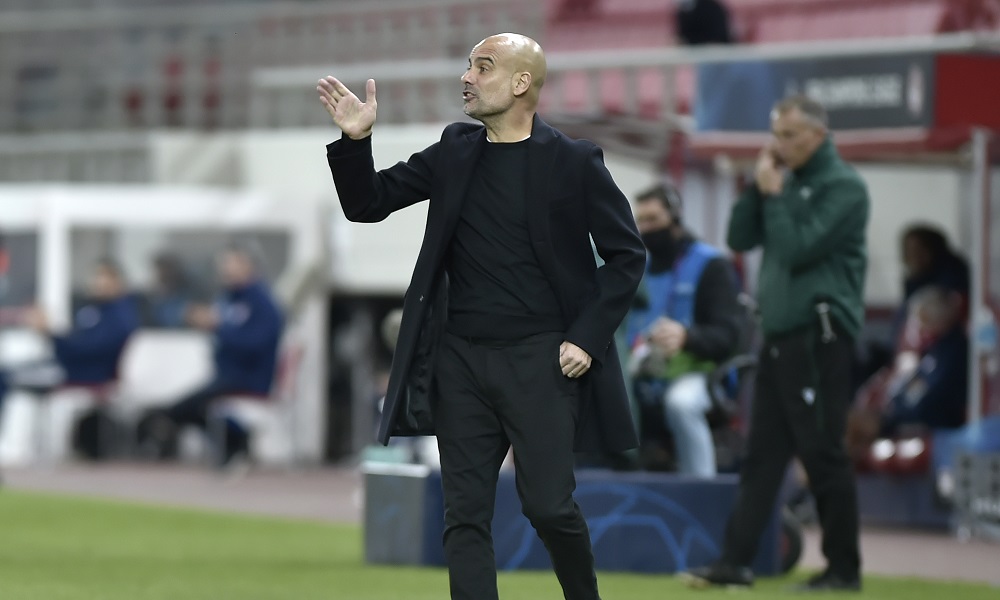 City’s now 20-game winning streak continued against West Ham on Saturday, and Pep Guardiola’s team are 12 points clear of nearest rivals Manchester United. But Wolves took a point against Newcastle at the weekend – can they do something similar when they travel to the Etihad on Tuesday night?

With the league race all but sewn up, City’s most pressing motivation seems to be adding to their outstanding winning run, the longest in English top-flight football.

At first glance it seems a tall order for Wolves to throw a Spaniard (or more likely, a Portuguese) in the works, even if supporters seeking positive news will take heart from the fact that Nuno’s side are unbeaten in their last three matches.

The visitors can also bask in the knowledge that they did actually win this fixture last season; still, City are a different beast now. In the previous campaign, the Manchester side lost nine of their league fixtures; so far this season they’ve been defeated just twice.

There’s some talk that Wolves’ style could stifle Pep Guardiola’s side here. Regardless of whether you believe that, maybe backing the result isn’t the way to go.

After being rested at the weekend, Raheem Sterling could return on Tuesday; he scored in his last league game for City, and has four goals in his last six league appearances.

Sterling scored twice against Wolves at Molyneux last season, too (and nevertheless wound up on the losing side on that occasion), and seems the likeliest scorer, assuming Pep starts him. Sterling is 21/5 to score the opener here.

Leicester’s injury problems were compounded by Harvey Barnes’ knee injury against Arsenal at the weekend. The Foxes were flush with confidence as recently as a week earlier, but could the loss to the Gunners be a taste of things to come for Brendan Rodgers?

With Jamie Vardy presently struggling to make an impact – one goal scored so far this year – the Foxes are third in the league table now, but remaining in the top four could prove challenging. With Vardy underwhelming, Barnes and James Maddison have offered the attacking spirit that’s seen Leicester impress – but both men may be sidelined for a while.

Burnley have more prosaic problems, with the Lancashire team receiving a Spurs spanking at the weekend; they’ve won just one of their last seven league matches. Still, they are unbeaten at home in their last three games (against the league’s lesser lights, admittedly – Brighton, Fulham and West Brom). Sean Dyche will be hopeful of getting something here.

In fact, the Clarets have a decent record at Turf Moor against the visitors, winning three of the last four encounters. Maybe it’s just a knee-jerk reaction to that Gunners defeat, but I’m thinking if the Foxes are flagging, backing Burnley could be the way to go here – they are 3/1 to take the win.

Villa shrugged off questions about their recent decline with a decent away win against Leeds at the weekend; playing Sheffield United surely offers an excellent opportunity for Dean Smith’s side to make it two wins on the bounce for the first time in 2021.

Villa are 21/20 shots to win. Sheffield United are on a four-match losing streak after showing a bit of fight earlier this year; the Blades are still bound for the drop, and Villa are unbeaten in their last three away games. I’ll back the visitors to win this one.

Manchester United began the season on a low note with defeat to Crystal Palace at Old Trafford. Since then, Ole’s side have impressed enough to move to second in the Premier League – without ever really giving the impression they are credible challengers to win the title.

After a goalless draw against Chelsea at the weekend – the fifth nil-nil United have earned against the league’s more prestigious clubs this season – there’s been talk that Bruno Fernandes is not a man for the big occasion.

The Portuguese might not be able to address that specific charge on Wednesday – but he can at least help United earn three points against a Palace side that have won just one of their last four home games. After criticism singling him out, Fernandes might be keen to make his presence felt on Wednesday; the Portuguese is 6/5 to find the net here.