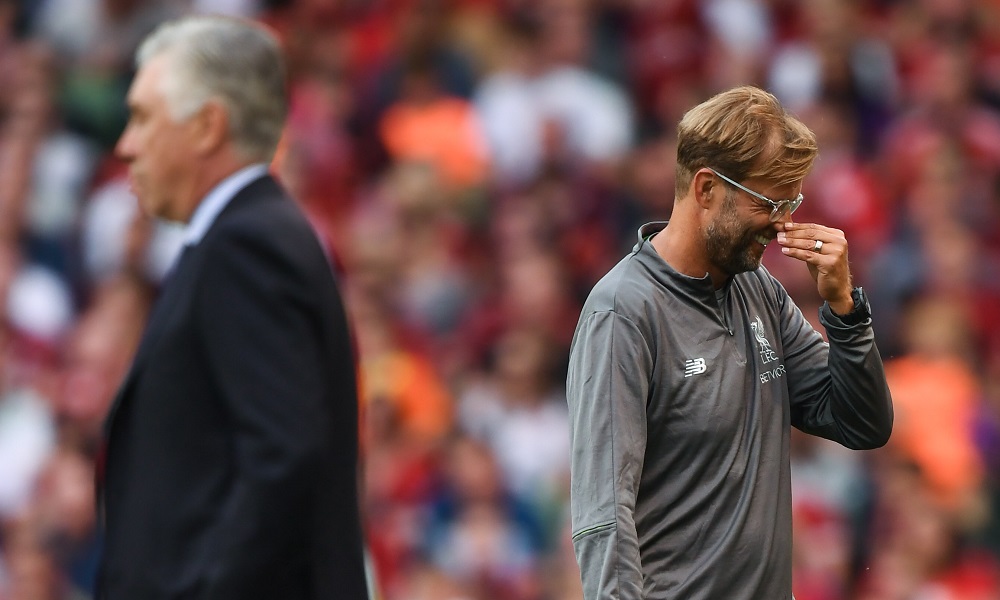 It’s the first weekend of Premier League action in three months. But with Wednesday’s return to action featuring spectacular fiascos from goal-line system Hawk-eye and goal-gifting system David Luiz, can we expect another barrage of blunders this weekend? God let’s hope so.

Give Troy Deeney his due, he’s proved pretty effective against more distinguished opposition this season, scoring against both Man Utd and Liverpool at Vicarage Road this season – that Liverpool goal in his penultimate game before lockdown.

Watford’s captain seems to enjoy playing against the better teams, and third placed Leicester could offer another opportunity for Deeney to get on the scoresheet – he is 15/8 to score at any time. That would be pretty sweet for Hornets boss Nigel Pearson, once of Leicester, of course…

Mikel Arteta’s bid to show that he’s the boss meant there was no place for Mesut Ozil in the Arsenal squad on Wednesday – but after a chastening (if hardly unexpected) defeat to Man City, will the Arsenal coach bring back the out of favour German here?

Whoever plays, Arsenal could scarcely ask for more forgiving opposition; Brighton are still looking for their first win of 2020. A draw is a very realistic possibility, as is a low ratio of goals; eight of Brighton’s last ten league games have featured two goals or fewer. The draw is available at 12/5; under 2.5 goals can be backed at 22/25.

Neither team was in dazzling form just before the break, but Wolves are surely the more accomplished side and home advantage may not count for much (if it ever has, since the Hammers move to the London stadium).

The visitors are 11/10 favourites to win this one and look decent value to do so.

Crystal Palace enjoyed their best run of the season just before the break, three wins on the bounce affording Roy Hodgson some satisfaction after he’d gone the previous seven matches without a victory.

The Eagles’ momentum may have been halted at just the right moment for Bournemouth, then; this is the kind of game the relegation-threatened Cherries need to win. In an oft disappointing season, they have nonetheless seen off Aston Villa and Brighton at Dean Court, and Palace could prove similarly beatable.

This one’s got dour, low scoring affair written all over it – and that’s before you consider that every one of Newcastle’s last three home games in 2020 has been a goalless draw. You can get 13/2 on that outcome again this week in the Correct Score market, or 11/2 on 0-1 to the visitors if you’d like some insurance.

Frank Lampard’s visitors could have too much for a Villa team that lost their last four league games before the break. Villa were only spared defeat against Sheffield United by the whims of modern technology on Wednesday, and their luck may run out on Sunday.

Villa have scored in all of their home games in 2020 with the exception of the midweek draw to Sheffield United, however. It could make sense to back Chelsea to win and Both Teams To Score at 39/20.

The Toffees haven’t beaten Liverpool at Goodison Park in the last decade – but they have managed to hold their rivals to goalless draws for the past two seasons. And as mad as it sounds, champions in waiting Liverpool lost to Watford, Chelsea and Atletico Madrid in the weeks before the season was put on hold.

Everton’s last home performance saw them snatch a draw against Man Utd, too. Could Sunday’s game offer a memorable afternoon for the home side? Sod it, sometimes, you’ve got to gamble. Carlo Ancelotti’s side are 23/5 to win this one, but you could opt for the Everton or Draw in the double chance market if you take a cagier view – that’s available at 7/5.