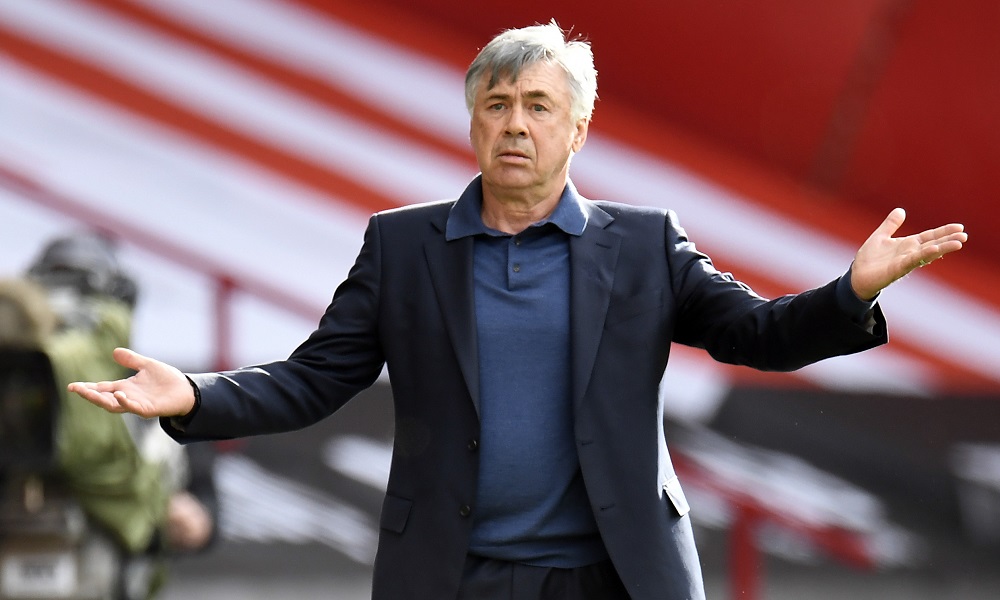 A Merseyside derby where Liverpool are the reigning champions yet Everton are well fancied to win? Eh?

Well fancied by some, anyway – Liverpool are still odds-on here, the visitors available at 17/20. The layers have presumably dismissed that 7-2 loss to Aston Villa before the international break as a meaningless anomaly.

Even if that’s true, Everton are a threat in their own right; Carlo Ancelotti’s side have played four, won four this season, and currently top the league table.

So will they dare to go for the jugular against Jurgen Klopp’s side? On Saturday it will be exactly a decade since the Toffees last beat Liverpool; Everton have been so desperate not to lose to their neighbours in recent years, they’ve settled for nil-nil draws at Goodison for the past three seasons. That scoreline, for the record, is a 16/1 shot this week.

Surely the goalless run must end on Saturday, though, with Liverpool looking to re-assert their excellence, and Everton seeking to extend their current run. So after that shock Villa result, are Liverpool poised for a ferocious return, or there for the taking? Liverpool are missing goalkeeper Alisson, while Everton have a different kind of goalkeeping problem; Jordan Pickford looks the weak link in this team, ever prone to a howler.

On balance though, I’d take the home side to win at 29/10. Both Teams To Score is a 4/9 shot, while it’s difficult not to fancy Calvert-Lewin to score – he’s racked up two hat-tricks and 10 goals (one for England) since the start of the season. DCL is 29/20 to find the net.

If you want something slightly less obvious, it might be worth looking at the Total Cards market in our Other Bets section – this tends to be a feisty affair, with encounters between the two sides often featuring plenty of bookings, so backing over 3.5 cards at 3/4 might be worth a look.

Southampton defeated Chelsea in this fixture a year ago, and are 21/4 to repeat that trick against Lampard’s erratic team. That said, the Blues looked decent against Crystal Palace last time out, and Frank’s raft of new acquisitions might be starting to gel.

Chelsea are 1/2 favourites, with the draw a 29/10 shot. And the expensively assembled West London side probably have the beating of the visitors, assuming they continue to click.

Still, Danny Ings offers Saints fans some hope. Ings is 7/4 to find the net – not bad for a man with three goals in his last three appearances for Southampton. He scored for England last time out too, scoring in fine style with an overhead kick – but we’ll be happy with a tap-in here. Prodigal son Theo Walcott could make an appearance for new/old club Southampton too – a goal on his second debut for the Saints is priced at 11/2, though we should warn you he wasn’t exactly prolific at Everton. Or Arsenal. Or, er, Southampton.

This season already has that chaotic, anything-can-happen-feel. And even before the new campaign began, Pep Guardiola’s side looked equal parts brilliant and brittle, while Pep’s understudy Mikel Arteta has undoubtedly improved Arsenal.

New signing Thomas Partey could make an appearance for Arsenal, while Kevin De Bruyne is an injury doubt for City after picking up a muscle injury against England last weekend. Even if the hugely influential Belgian is missing though, City are good enough to win at home without him, assuming this doesn’t end up being one of the weekend’s trademark batshit insane games.

Man City are 21/50 to win, the draw is 17/4, and Arsenal can be backed at 23/4. Given that seven of the last eight games between these sides has seen City win by at least a two goal margin, I would be tempted to back City on the 3-way handicap. Backing the home side to win against Arsenal starting with a one-goal advantage, you can get Evens on City winning.

Are Manchester United now at such a low ebb that we can contemplate backing Newcastle to beat them? Ole Gunnar Solskjaer’s team was humiliated in their last outing as Tottenham tore them apart 6-1 at Old Trafford, the team effectively collapsing after Anthony Martial’s dismissal half an hour into the game (though Spurs were already winning by that point).

I seem to dismiss Newcastle most of the time, but they’ve lost just once all season and are unbeaten in their last four outings in all comps. Maybe, just maybe, the Magpies can deepen Solskjaer’s dismay this weekend.

Newcastle are 4/1 to win, with Man United a not especially attractive 16/25. The draw is 13/4, and if you’re not tempted to back the result, maybe consider Callum Wilson to find the net for Newcastle – he has four goals already this season, and is 2/1 to net at any time here.

This one isn’t the most appealing proposition in theory, but who knows, maybe 19th place Sheffield United and rock bottom Fulham will somehow spark off each other. Look at it this way, after Sunday at least one of these teams will have earned a precious point.

Chris Wilder’s side have managed one league goal all season, Fulham have drawn blanks in all but one of their league games – whatever happens, this probably won’t be a festival of goalmouth action. The Blades are 21/20, with the visitors 14/5 shots, and the draw available at 47/20. Perhaps a better approach would be to take under 2.5 goals in the Total Goals market at 4/6; 0-0 is available at 15/2, too.

Both sides are available at 7/4 for the win in this unusual derby, while the draw is a 9/4 shot. Brighton are in that unfortunate position at the moment where they’ve been playing well without much reward – they have just one win in the league, and come to Selhurst Park with three defeats on the bounce in all comps.

It’s been two straight defeats for Palace too, after a strong start to the season – which suggests this one could be cagey. Backing under 2.5 goals at 4/6 might be a decent shout.

West Ham have been really good just lately, scoring seven goals in two games without conceding anything as they turned over both Leicester and Wolves.

Spurs have impressed too, and are clear favs at 4/7 to take all three points, with the Irons 19/4 to win and the draw a 13/4 shot. But David Moyes’ side have been so unexpectedly effective, maybe it’s worth chancing the West Ham or draw double chance at 7/5.

Can Aston Villa’s outstanding recent form continue? Why the hell not? The Foxes are 17/20, the draw is 14/5, Villa are 16/5 – and Dean Smith’s team are unbeaten in seven league games, winning their last three, and obliterating Liverpool 7-2 last time out. Backing the visitors makes plenty of sense to me…