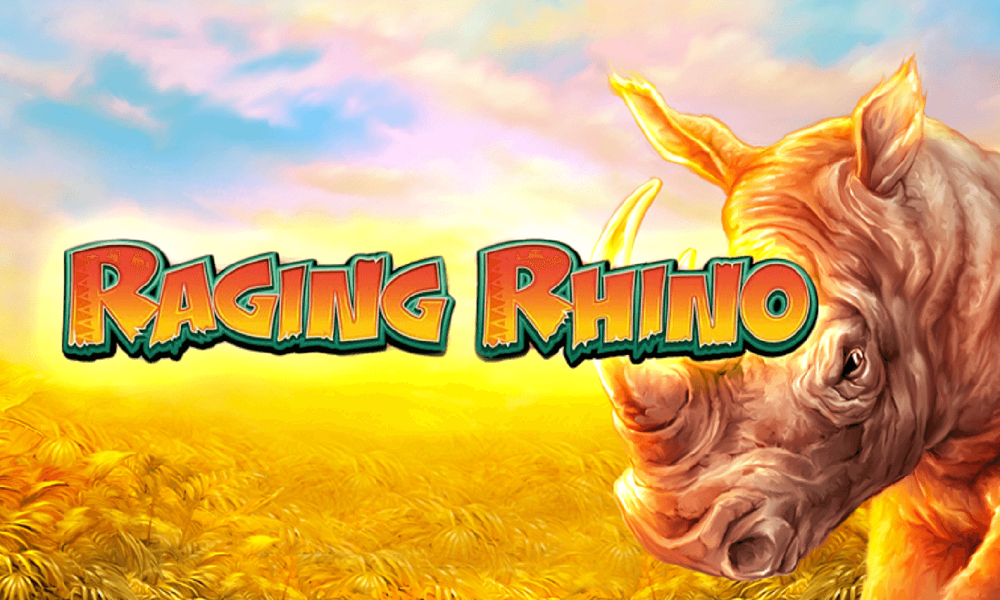 Is Raging Rhino the reel deal? Our slots expert Rob certainly reckons so – even by his own enthusiastic standards, it’s fair to say our boy is a big fan of this slot. Fancy a virtual safari trip to see what our man’s raving about? No problem!

From developer SG Gaming, Raging Rhino is a six reel slot with 4096 different ways to win. The visuals and sound do the job, though if you’re after the very latest cutting edge looks you might be left wanting. But don’t be downhearted, this slot has other charms…

As you’ve probably figured out, the theme here is African wildlife, with leopards, gorillas, eagles and crocodiles all decorating the reels alongside the eponymous Rhinoceros. It’s the African Tree symbol which is more useful, though, since it acts as a wild – and it’s the scatter diamond symbol that you’ll be really holding out for, since multiple occurrences of this symbol on the reels will trigger the Free Spins feature.

It’s the sheer scale of Free Spins that make this game so attractive – players can land as many as 50 Free Spins in one go, should enough scatter symbols be present. And while the Free Spin feature is in play, the wilds will really rock your world – when they appear on the screen, they deliver 2x or 3x multipliers!

There’s potential for some very big payouts, then, and our man swears blind he’s already collected some sizable paydays playing this slot. Still want to see more before you start playing? Check the video above…

Check out our latest selection of slots at 32Red.com – you can choose from a range of popular table games like roulette and blackjack, and literally hundreds of slots.

Four classic music videos to while away some time when you’re bored out of your mind at work
Out now: Tiki Vikings