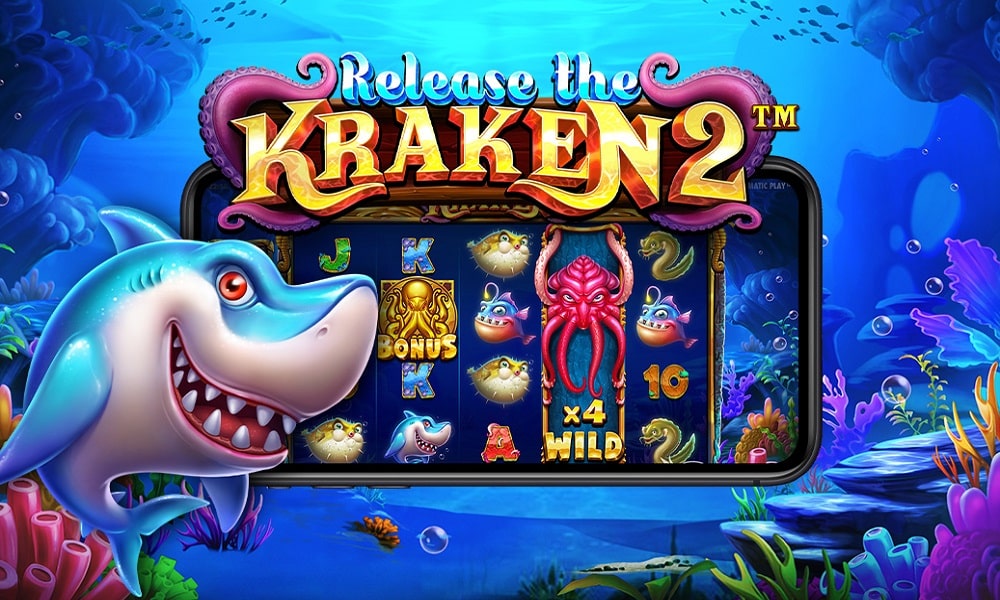 Release the Kraken 2 slot out now

And this monstrous marine creature isn’t the only thing lurking beneath the waves in Pragmatic Play’s superior new release.

Across five reels and four rows of high volatility underwater weirdness, you’ll find sharks, sea snakes, and puffer fish. And with playful visuals that give these fearsome creatures a cutesy look, exploring these depths is a blast.

Beyond the colourful visuals and snazzy presentation, there are also some mighty fine features to help you snag a payout.

For instance, if four or more Wild symbols land, the game will enter a Free Respin mode.

The Wilds will remain on screen, moving to a random position while the remaining symbols respin, potentially delivering a winning combination. If another Wild lands, you’ll be awarded a further respin, too.

Otherwise, keep an eye out for the Shifting Stacked Wild symbols that appear on the three central reels. If the spin ends with these Stacked symbols not fully in view, the Stacked Wilds will be nudged down to cover their reel position.

And for each position moved, a multiplier will be increased by 1x, too. Once the Stacked Wild(s) have been fully moved, any winning combos will be enhanced by the total sum of the multipliers.

Also, after a spin that features no win, the Kraken symbol can enter the fray. When this happens, it can change symbols on display so winning combinations can appear. 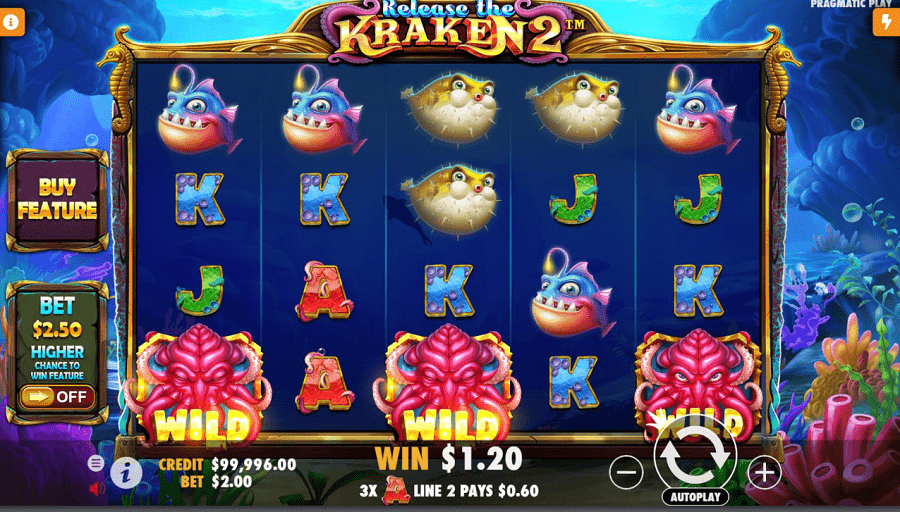 And of course, there’s a Free Spins feature, triggered when three or more Scatters land. You’ll play a mini-bonus game to determine the amount of Free Spins you receive, together with the size of your multiplier.

And with five bonus symbols, you could max out at 20 Free Spins with a 10x multiplier. But there’s a wide range of different combinations.

To determine what you receive, you’ll see 16 boxes; one of the boxes is randomly selected, and it’s up to you to accept or reject it. The kicker is, you won’t know what’s in the box ’til you accept it…

It’s fair to say Release the Kraken 2 has a lot going on; the game show style intro to the Free Spins feature alone adds a welcome new twist to proceedings.

Exploring the slot’s hidden depths is never less than entertaining, either. Ready for a crack at the ultimate squid game, then? It’s almost time for a spectacular new Release…

Released 4th November 2022. In the meantime, visit 32Red Casino to check out a wide range of table games and slots!

Continue Reading
You may also like...
Related Topics:featured, Release the Kraken 2