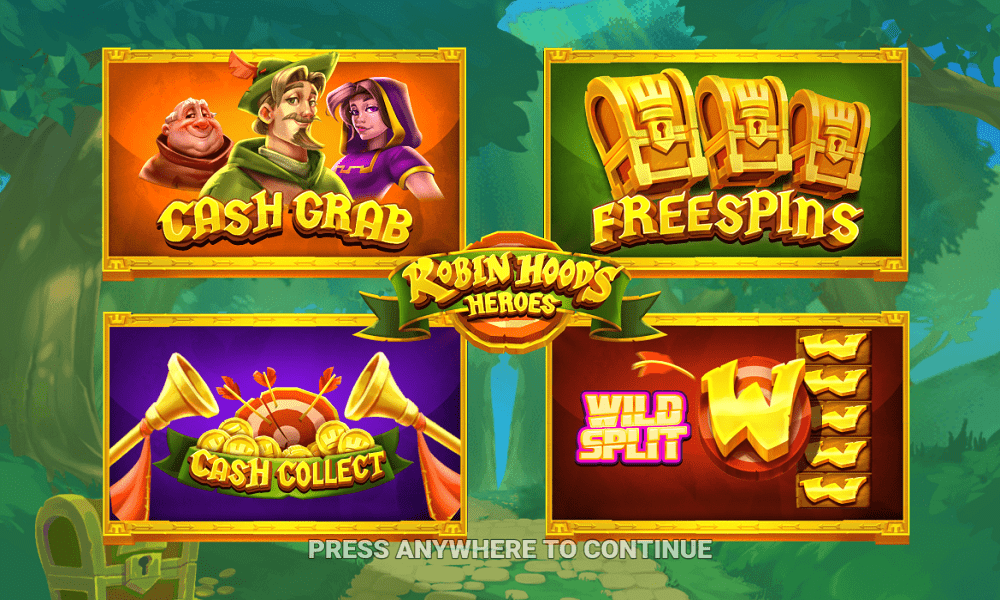 Stealing from the rich and giving to the poor? Robin Hood is the hero we need right now. Play Robin Hood’s Heroes now

Alas, in the real world Kwasi Kwarteng appears to prefer paying homage to the Sheriff of Nottingham. Bang-up job Kwasi.

Never mind though, because in Robin Hood’s Heroes you can experience a simpler time. A time when good guys won, loathsome villains lost, and the ruling government didn’t seem intent on rendering the UK into a lifeless husk of despair a la Cormac McCarthy’s The Road. Hurrah!

In this six-reel, 10,000 ways new release from Games Global and Just For The Win Studios, join Robin, Friar Tuck and Maid Marion on their journey to plunder gold from that lousy sheriff.

Robin, Marion and the good Friar are all depicted in playful cartoonish fashion. Meanwhile, the majesty of Sherwood Forest is represented by sparkling waterfalls, flowery meadows and, you know, trees.

Yep, everything you’d expect from a Robin Hood-themed slot is present and correct, and we’re really quite taken with the classy presentation.

There are Wilds, but also Wild Split symbols that appear in the base game and Free Spins; when a Wild Split symbol lands, it will split into between two and five wild symbols, increasing the number of pay ways. 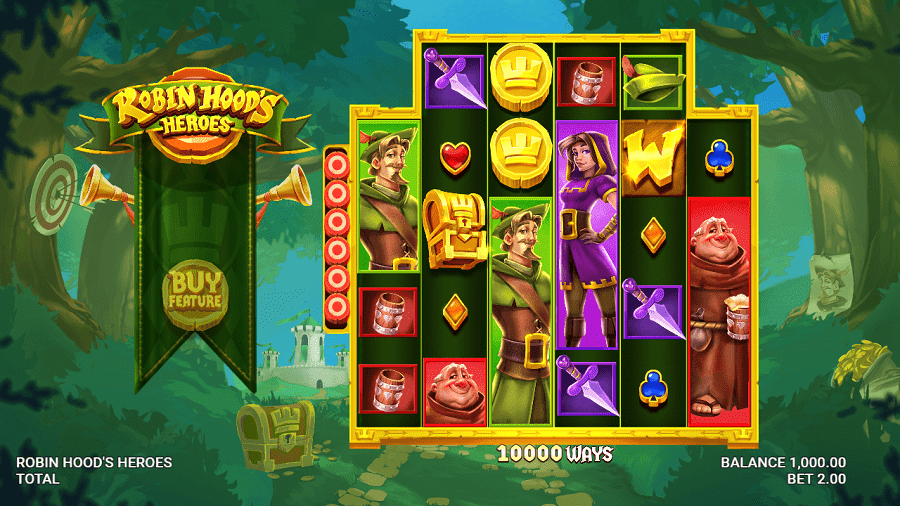 Better yet, if you can land six or more Money symbols you’ll trigger the Cash Grab feature, with a max win of 5,000x. You’ll be awarded three respins, which you can use to try and fill the reels entirely with more Money symbols.

Hero symbols have multipliers which can climb as high as 20x, and the Hero symbols can also add additional values, double values or collect the values of all other symbols and add them to the Collector symbol.

In a nutshell, there’s plentiful ways to nab yourself a memorable payday, if luck’s on your side of course.

Ready to join Robin on the righteous rob then? Not long now until there will be Hood…

Released 4th October 2022. In the meantime, visit 32Red Casino to check out a wide range of table games and slots!