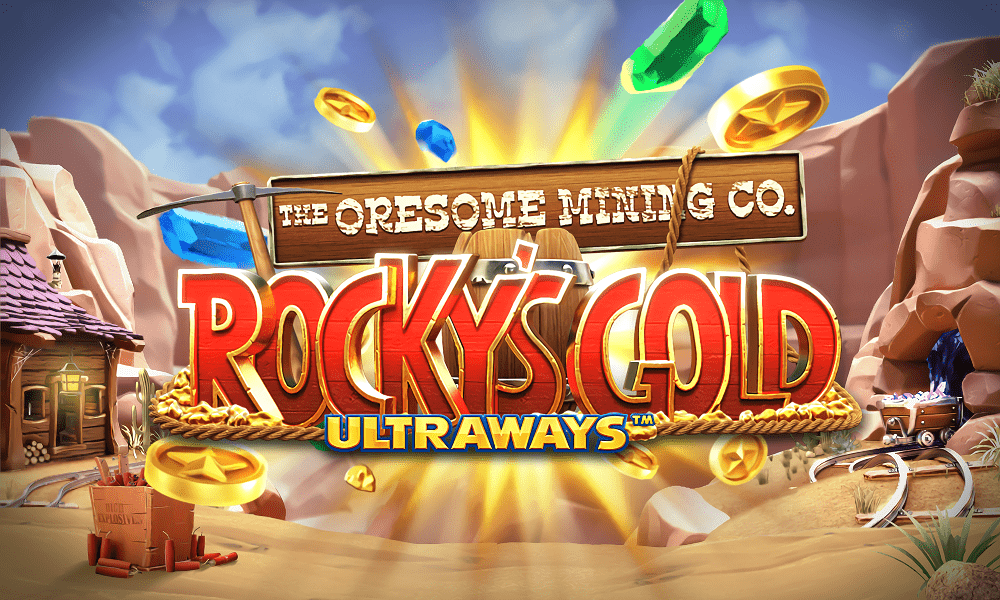 Megaways, move over. There’s a new Ways in town, and slot gaming will never be the same again! Play Rocky’s Gold Ultraways now

That’s what we’d say if we dealt in mindless hyperbole. But as it turns out, Ultraways really is pretty enormous, even to the most jaded of slots aficionados.

Rocky’s Gold Ultraways is the new one from Games Global and Northern Lights, and this mining-themed release has win lines up the wazoo. That’s a lot of win lines.

The setting is somewhat familiar – wild west landscapes, mine carts, dynamite, some goofy doofus called Rocky standing there in dungarees looking like he just stepped out of an animated version of Deliverance.

But look under the hood, and there’s a whole lot to keep slots fans entertained. Not least of which includes 60 million ways to win, consarn it.

It’s a five reel, three row set-up – but each symbol position can contain double or quad symbols, paving the way to that excessive win potential. The Ultraways mechanic is active on every bet, too. 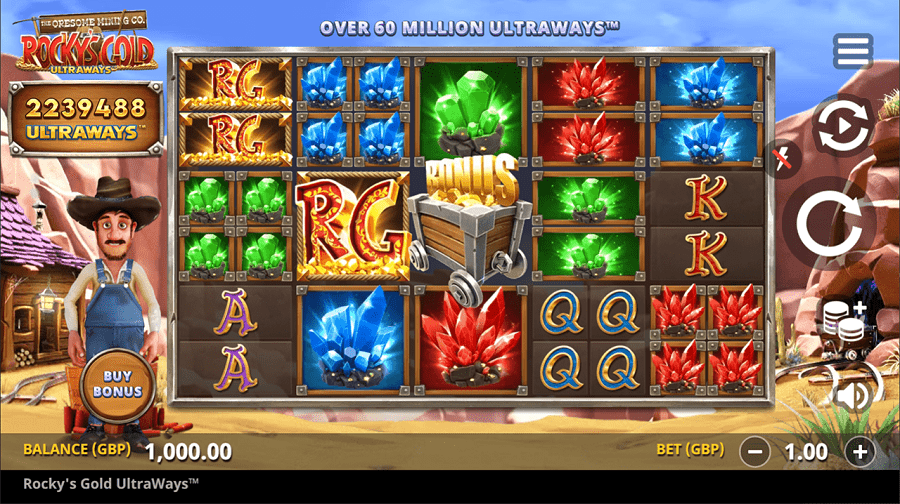 As you play, look out for Dynamite Wilds – like the other symbols, these can come as singles, doubles or quads. Rocky will stroll onto the display, hurling a random array of dynamite onto the reels, and turning symbols on the reels Wild.

And of course, there’s a Free Spins feature, triggered when three scatter symbols land in one spin. You’ll be invited to select a rock that will reveal the number of spins you receive, together with the value of the multiplier – from x1 to x5.

Then it’s into the Free Spins – where, with that incredible Ultraways mechanic, there’s a mindboggling array of potential ways to win. Rocky’s Dynamite Wilds occur more frequently here than in the base game, and Free Spins can be retriggered, too.

Rocky rocks up shortly – and rarely has mining seemed so fine. Ready for a bit of the old Ultraways? Viddy well…

Released 22nd September 2022. In the meantime, visit 32Red Casino to check out a wide range of table games and slots!