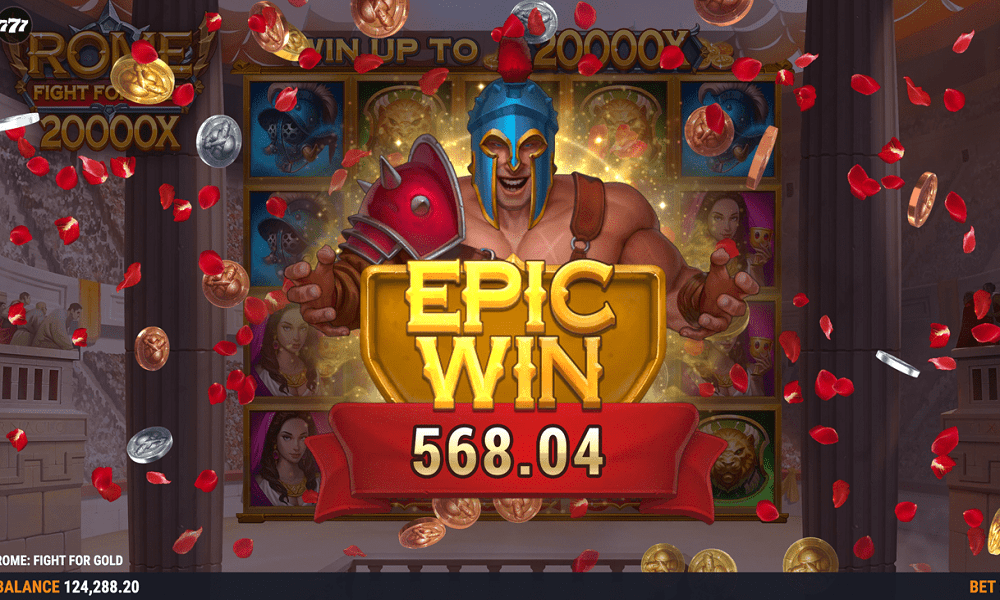 Head to the Colosseum at the height of the Roman empire; all manner of brutal encounters play out in front of a baying mob of bloodthirsty onlookers.

It was a hell of a time. And now you can bask anew in those horrific days of senseless bloodletting and violence. In this new release from Games Global and Foxium, it’s time to join brave Antonius in his quest for glory. Rome: Fight For Gold is available initally exclusively on 32Red.

In this five reel, four row release, you’ll definitely want to pay attention to the Collect feature. Coins can appear on reels 1 – 4 – and if a collect symbol lands on reel five, the values of any coins that have landed will be awarded.

There are three kinds of coin, bronze, silver and gold. Bronze coins offer a maximum of 9x your stake, with Silver Coins offering 10x, 12x, 15x or 20x.

Multipliers and more with the Bonus Spin 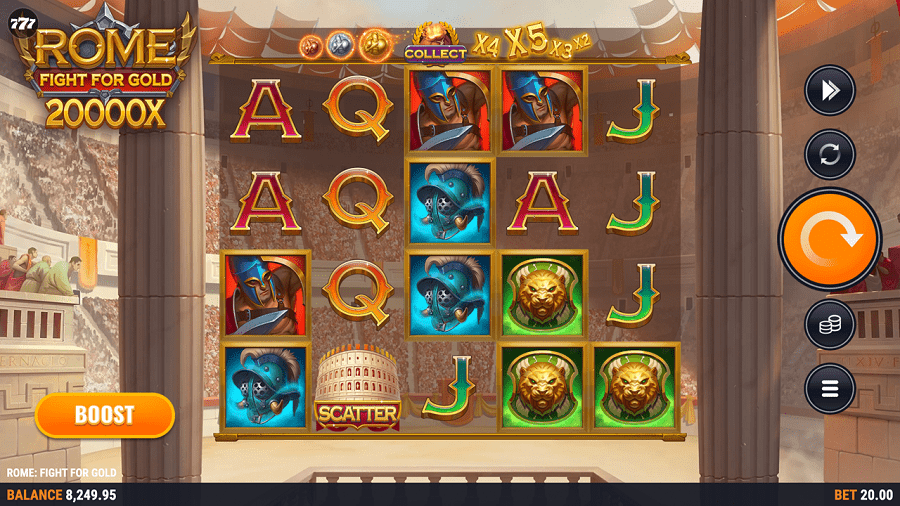 Any coins that land remain on the display ’til the bonus concludes – and when bonus symbols land, the Bonus Spin Count is reset.

And although the Bonus Spin Count starts at three, each Helena extra spin symbol you land means the Spin Count will increase by one.

Ready to prove your valour in this most testing of arenas, then? With spectacular lighting effects enhancing the colourful visual style, this Roman romp showcases the way of the warrior in compelling style. Veni, vidi, vici…

Out now. Visit 32Red Casino to check out a wide range of table games and slots!

Continue Reading
You may also like...
Related Topics:featured, Rome: Fight For Gold