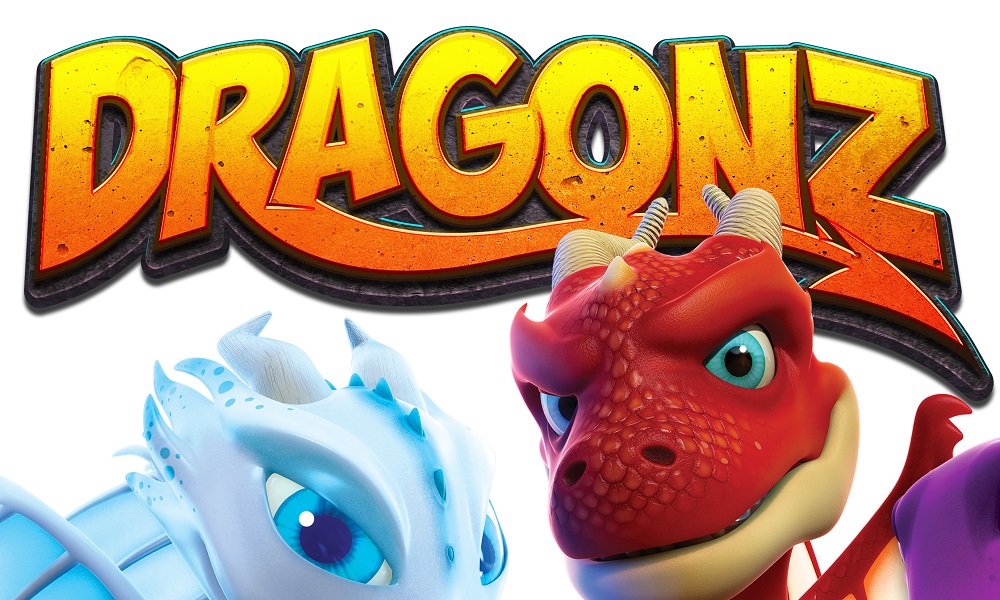 On the face of it, Dragonz looks like a fairly standard video slot – but beneath the slick, cartoon-style visuals, there’s plenty here for even the most seasoned of slot players.

Available on desktop and mobile, Dragonz offers five reels and 243 ways to win, together with wilds, scatters and a range of Free Spins bonus games that are sure to light your fire.

The game features four Dragonz, Flint, Switch, Frost and Gobble, and each one of these cute characters can activate a different kind of free spin bonus game.

Flint brings free spins with Flaming Wilds; that is, the dragon fires wilds onto the reels, with an increasing number of wilds being shot each time he fires.

Next up is Switch, who offers stashed wilds with his free spins – basically, non-winning wilds are stored, and when three or more wilds have been collected, they are randomly distributed to make up a guaranteed win.

Frost offers Frosty Wilds, freezing non-winning wilds in place until they contribute to a win; the free spins will continue until there are no frozen wilds remaining on the reels.

Then there’s Gobble, who offers Free Spins with Winning Wilds; Gobble randomly ‘spits’ wilds onto the reels, which sounds a bit unpleasant, but hey, we’re not complaining if it means a decent payout.

There’s also a ‘Wild Deal’ feature; triggering once any non-winning spin with a wild on the third reel comes up, this feature deals out extra wilds onto other reels, guaranteeing the player a win.

There’s plenty of ways to land a payout, then. Dragonz is also a cinch to get to grips with, while the various Free Spins bonus games are great fun. Forget Duncan Bannatyne and co; this is the Dragonz den you should be investigating right now…

Continue Reading
You may also like...
Related Topics:Bonus, free spins

I’m A Celebrity – Who Is The New Favourite To Win?
Celebrate Tarzan Launch With £50 Bonus