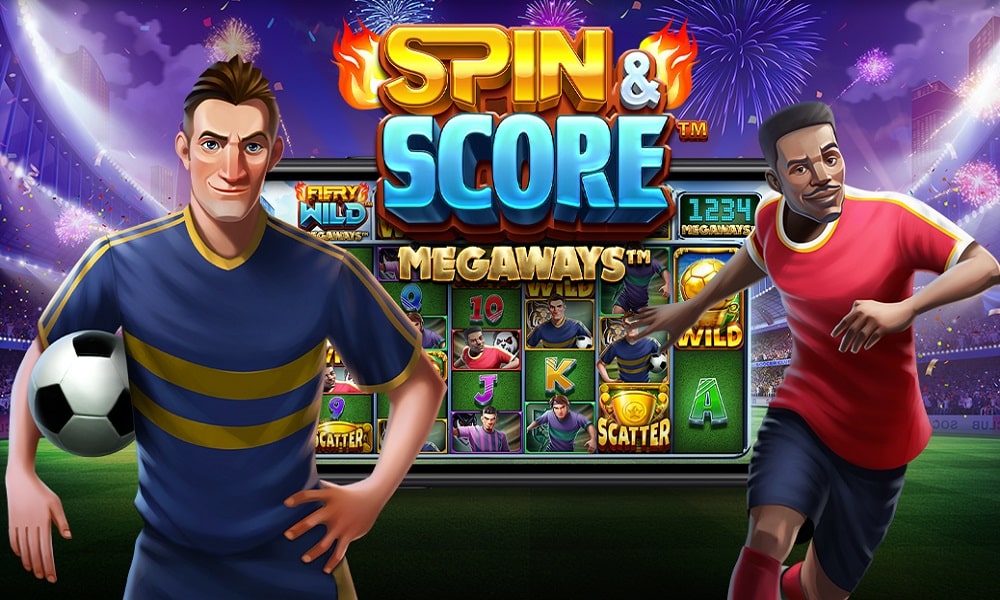 With a winter-time World Cup serving up plenty of spectacle, there’s a real sense that this could be the one. The one where Gareth Southgate’s team actually has to face a decent side or two long before the final. Ulp. Play Spin & Score Megaways now

Seen the Three Lions’ results this summer? Even Gareth’s love of a waistcoat (for my money the most pointless item of clothing ever conceived) may not be enough to spare international football’s nearly-man the wrath of England supporters this time round.

But at least we can take some solace from the latest football-themed slot heading our way imminently. We’re talking Spin & Score Megaways, the excellent new release from Pragmatic Play.

With striking animated artwork on the reels showcasing the football players in action, and sound effects of the crowd reacting to each spin, this high volatility slot offers a glorious taste of that big game atmosphere.

Across a six-reel set-up with varying amounts of rows, the Megaways mechanic means a stunning number of ways to win – with a maximum of 117,649.

The good news is that after every winning combination you make, the Tumble Feature kicks in. The symbols in the winning combo are removed, with new symbols added to replace them, potentially offering a route to another win.

Beyond that, there are also football goal “Big Wild” symbols that take up two horizontal reel positions on the display, and only appear on the top row of the central reels.

When this Big Wild symbol lands, the symbols on the reels beneath it will transform into Wilds. 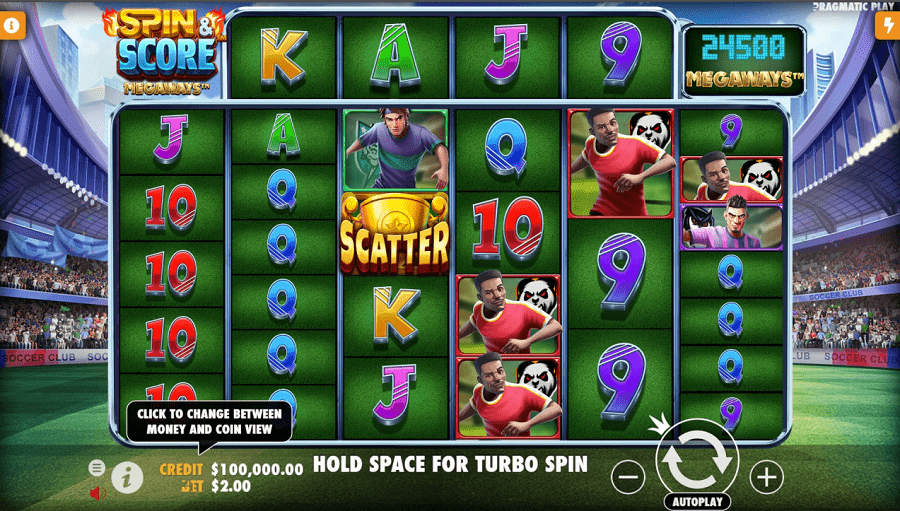 Elsewhere, the Scatter symbol is your key to Free Spins; land four or more to trigger the Free Spins feature, with more Scatters triggering greater amounts of Free Spins.

Four scatters trigger 10 Free Spins, but players can also be awarded 14, 18, 22, 26 or even 30 Free Spins depending on the number of Scatters that land.

You can also choose to gamble for more Free Spins. There’s a chance you could wind up Spinless though, so think carefully.

Once the Free Spins commence, you’ll start off with a 1x multiplier. Every tumble that takes place during the feature will see this multiplier rise by 1x; the multiplier is then applied to the total win.

Ready for the big kick-off, then? The prospect of banging in a few goals has rarely looking so inviting. It’s almost time to go out there and win this thing…

Released 8th November 2022. In the meantime, visit 32Red Casino to check out a wide range of table games and slots!