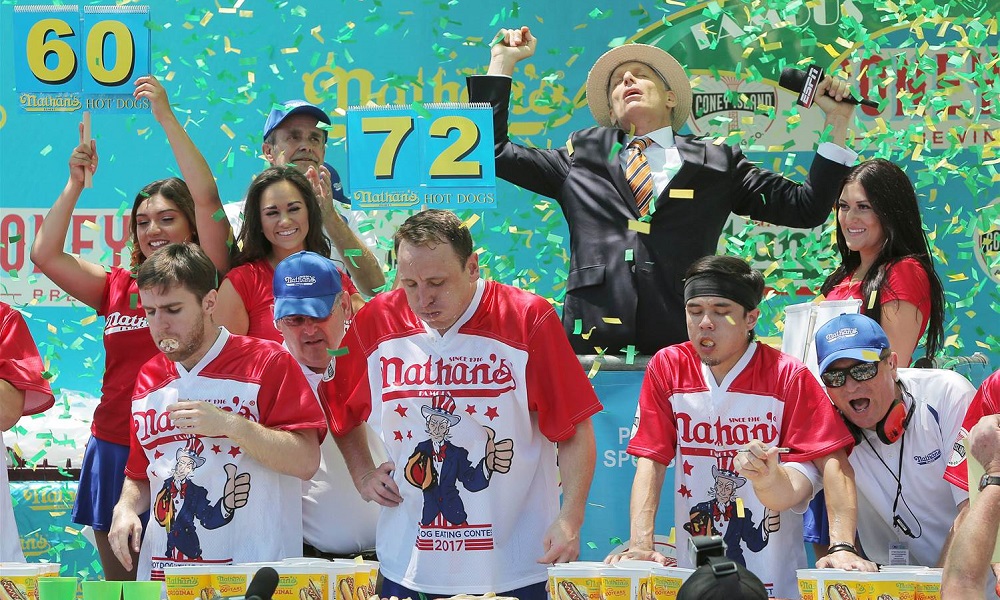 With a true passion for gambling, you can enjoy a wager on anything. Whether that’s a friendly game of 10 Pin Bowling, or the rapidly decreasing likelihood like Brighton and Hove Albion FC will ever win another game in the Premier League, some folk will spice anything up with a flutter.

Still, you probably have to draw the line somewhere. Here’s some of the strangest competitive events taking place around the world, then – although if you did want to have a bet on them, we wouldn’t put you off. 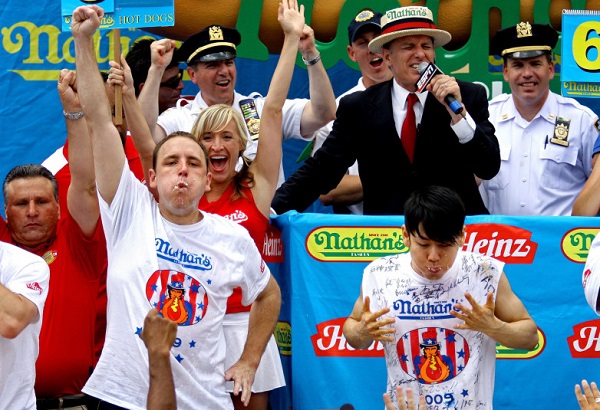 In fairness, it’s probably my best shot at earning any kind of trophy, at least ‘til they start dishing them out for ‘world’s least entertaining blogger’. Be that as it may, this hot dog eating contest is fiercely, um, contested, with current champion and American hero Joey Chestnut eating 72 dogs in 2017 to win the competition.

Still, while eating as many hotdogs as humanly possible in 10 minutes without throwing up may sound a bit frivolous, compared to some of the other activities on this list it’s practically My Dinner With Andre. 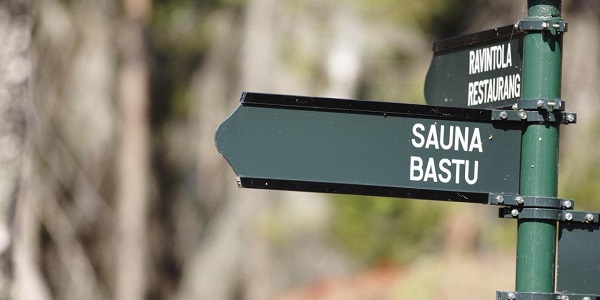 Okay, so this one doesn’t actually take place any more, due in part to the fact that one of the contestants died. In the noble sport of competitive sauna-ing, you’ve got to take the rough with the smooth.

Held between 1999 and 2010 in Heinola, Finland, at the height of its fame this activity attracted would-be champions from more than 20 countries, apparently. None of whom could resist the white-knuckle thrill-ride that comes with sitting in a near-unbearably hot room with a temperature of 110c and attempting not to pass out. 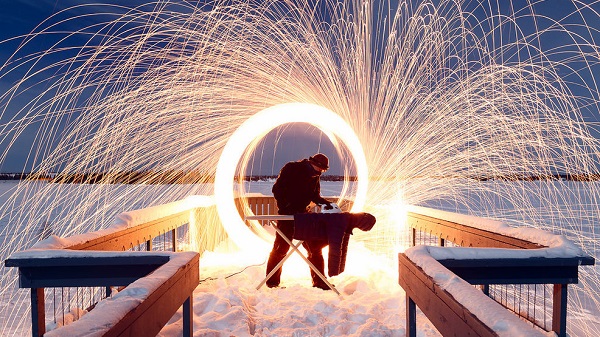 It sounds like a zany student prank, but ironing aside, we can sort of see the appeal. Invented in the UK, presumably by fans of Monty Python, Extreme Ironing has inspired at least one World Championship, with teams of crack extreme ironing board enthusiasts from around the globe attending the event near Munich in 2002.

For some people, it seems the mundanity of ironing combined with the adrenalin-engaging thrills of skydiving, windsurfing or rock-climbing gives what is ostensibly a very silly concept real meaning. For some people, snowboarding down a mountain just isn’t exhilarating enough. For those people, Extreme Ironing offers a whole new dimension in excitement, not to mention an ideal opportunity to get those creases out of your work trousers. 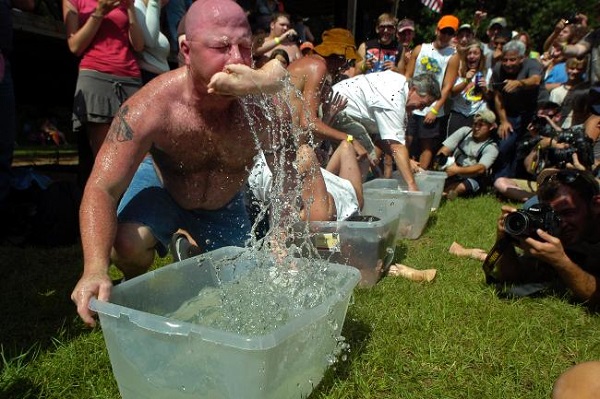 There’s nothing wrong with embracing your own culture of course, but it’s somewhat alarming the way the fans of the Redneck Games took to this festival of offbeat activity. Incorporating such classics as ‘bobbing for pigs trotters’ and ‘diving into mud’, the Redneck Games makes WWE Wrestling look like a night at the opera. But hey, if some people want to see how far they can throw a toilet seat, who are we to judge them?

Initially taking place in Dublin, Georgia, we’d love to say good taste or common sense have since come to the fore, but actually the location merely seems to have shifted; now if you want to drink beer, wave a confederate flag and reminisce about your favourite scene from Deliverance with like-minded people, you need to head to Minto, Ontario in Canada. Knock yourself out, goober. 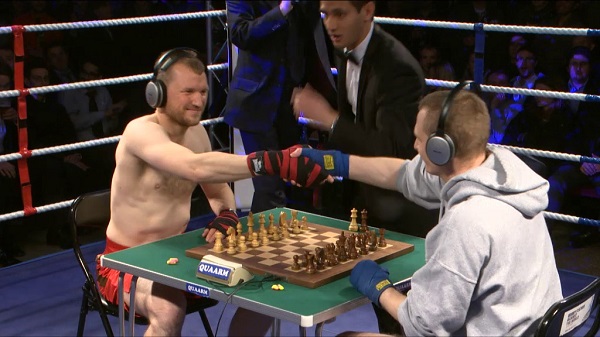 And talking of knocking yourselves out; this is a baffling combination of the cerebral and the physical, a sort of unholy hybrid of Floyd Mayweather and Nigel Short. Alternating between the two disciplines, participants have 11 rounds to best their opponent; six rounds of chess, and five of boxing.

Each round is three minutes long, and matches can be won either by knocking out your rival in the ring or beating him on the board. As silly as it sounds, these days there’s even a World Chess Boxing Organisation, while official events have taken place in London, Moscow and Berlin.

Attempting to analyse the lure of this sport is tricky; perhaps it appeals to tough guys who want to prove that they’re not all brawn and no brain. Similarly, perhaps milquetoast chess players feel more masculine when they’re moodily attempting the Torre Attack while trying to shrug off a broken jaw. In any case, the whole ball of wax makes about as much sense as anything else on this list…

Looking for something a little less unusual to take a punt on? Be sure to pay our casino a visit – check out the full range of casino games, online slots, table games and more at 32Red.