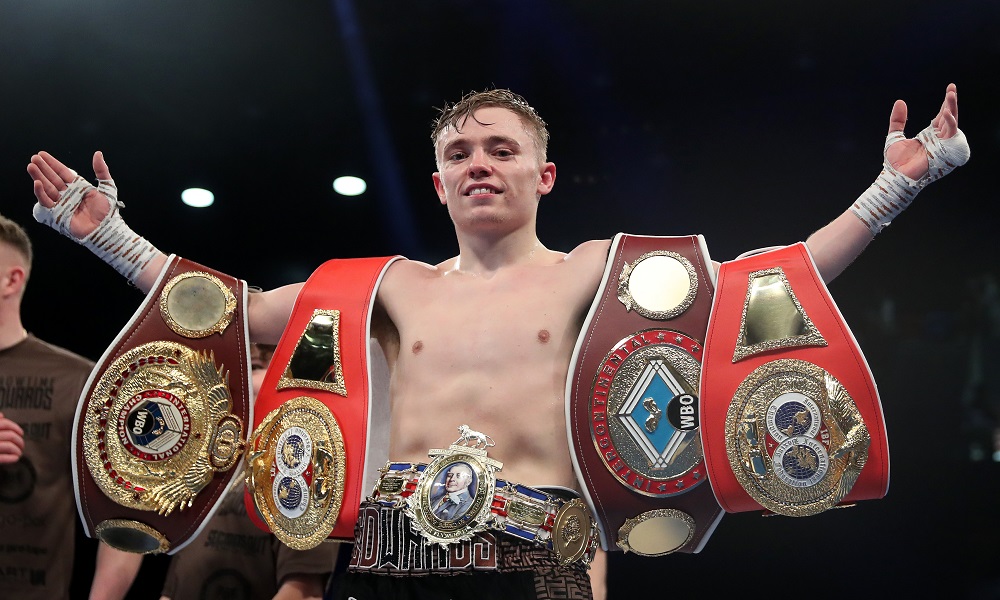 Sunny Edwards exclusive: You’ve gotta back up what you say!

Sunny Edwards has always wanted to fight the best. It seems like the 25-year-old has spent his entire career daring people to take a risk and challenge him. The unbeaten Londoner has decided that it is time to prove to his rivals that he would never ask them to do something he isn’t willing to do himself.

On Friday night, Edwards (15-0, 4 KO’s) faces Moruti Mthalane for the IBF flyweight title. Mthalane hasn’t lost a fight for 13 years. He is used to boxing away from home and has recorded quality victories in Japan, Macau, Italy and Panama. He can punch – 26 of his 39 career victories have come inside the distance – and Ring Magazine rate him as the best super flyweight in the world. For all the latest fight odds, visit our sportsbook.

If Edwards wanted a challenge, he’s certainly got one.

“You’ve gotta back up what you say eventually. I’ve always said I wanted the best and now – well, if you ask Ring Magazine – I’ve literally got the best,” Edwards told 32Red on VIP’s Bell2Bell podcast. “I’m looking forward to it. I know it’s a monumental challenge compared to the level I’ve been supposedly facing and I know what I’m in against but I also know that I’ve been in with world class amateurs and world class fighters in sparring. Now I’m going to jump in against a world class guy in a fight. Obviously sparring and fighting are different but when you hold your own in the different arenas, then when you come to the big stage you should be able to hold your own there too. That’s what I believe.”

It isn’t uncommon for fighters to end up trading real punches with men they have shared the gym with. Edwards spent a couple of weeks at a sparring camp with Mthalane but they didn’t spar. He might not have been able to gauge his speed, power, or habits inside the ring but he did get to know him a little outside it and the South African let slip that he rated Edwards’ potential. As confident as Edwards is in his own ability, the British champion is still headed into the unknown and the knowledge that the man he is facing acknowledges and respects his ability may be just as important as any physical clue. 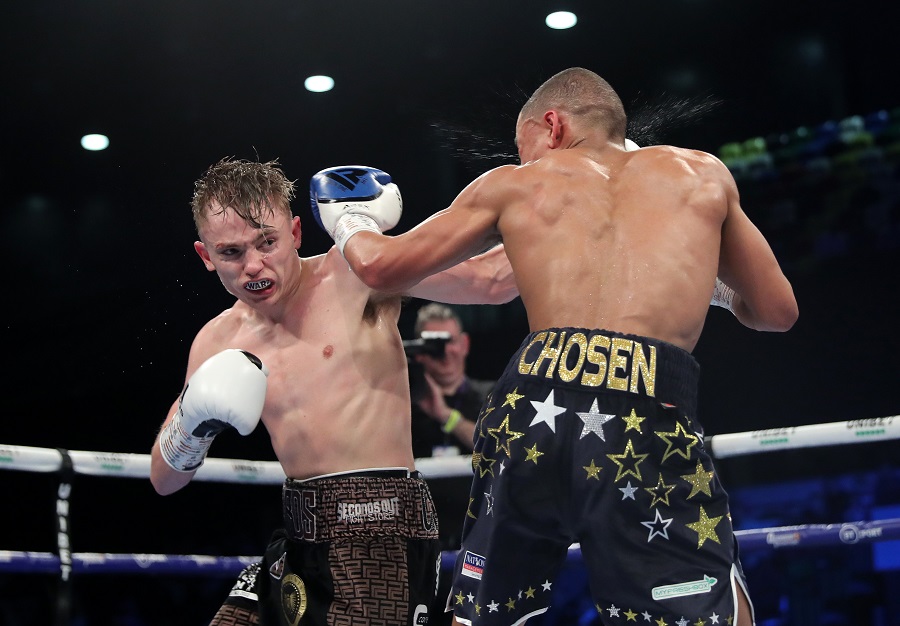 “He’s a really nice humble person. Really funny. We got along really well actually. We didn’t share any rounds together – we were both sparring the WBA champion Artem Dalakian – but we were helping each other and doing each others corners at one point and giving each other water and what not.

“When I got out of the ring the first time he saw me spar he said to me that I would 100% be a world champion. That’s on my two babies’ life. It’s kind of goosebumps, movie stuff for me. When I do come through it, it’ll be like the stars have aligned. Who’d have thought that two or three years ago when we had that conversation that it’d be him that I’d be up against with the chance of becoming that world champion?”

Edwards has a stronger grasp of the sport and what it takes to succeed than most. He knows that a flyweight may be exceptionally talented but they still need to do more than a fighter from a higher weight class to get themselves noticed. Edwards has supplemented his ability by scrolling through his ruthless Twitter account with his trigger finger poised and his outspoken, no holds barred attitudes has added immeasurably to his notoriety.

Those who treat the world of Twitter as a one sided turkey shoot and take offence whenever Edwards bites back at them will be fully behind Mthalane this weekend but even those picking the champion to retain his title after studying video and form have convincing reasons for doing so.

The time Mthalane spent in camp with Edwards is the fascinating intangible. Has it taken away any element of surprise the man from Croydon may have enjoyed or will Mthalane go into the fight believing Edwards’ opportunity has come too soon? 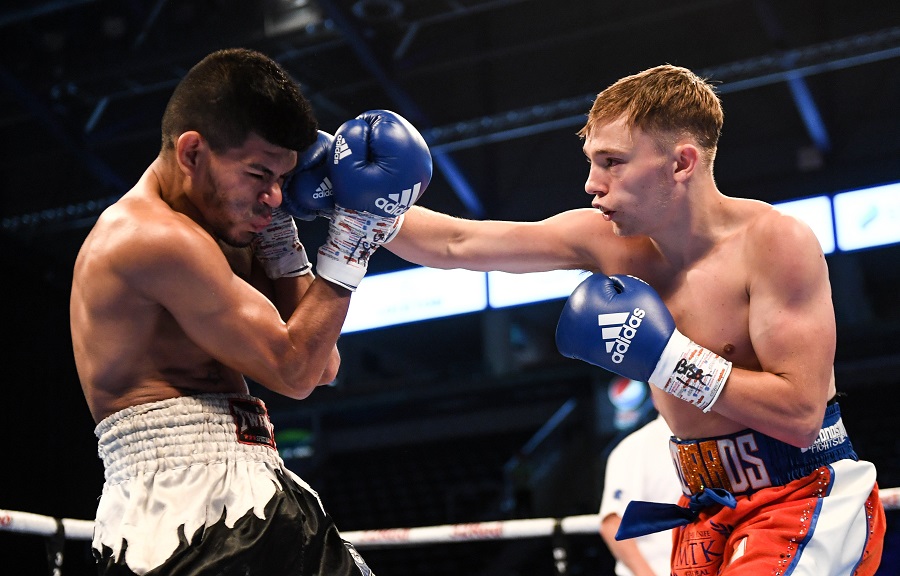 “He rated me very highly and and the people who invited me over rated me very highly because they invited me over another two times,” Edwards remembered. “I did go one of the times. In the flyweights, if you’ve got a good bit of promotion you can cut through quite quickly – my brother showed that – It’s one of those things. Maybe he didn’t think I’d ever be his competitor, maybe he thought he’d be out of the sport by then, I don’t know. Like I said, that’s high praise.

“He saw me spar three or four rounds the first time and that was his feedback so he must have been impressed with what he was seeing. He probably sees things in me that he can beat. He’s only seen me do three, four or five rounds I think one time so his questions will be the same as everybody else’s. What’s my engine like? Can I do it for 12 rounds? Can I keep the focus? Can I come through a hard round? Can I get caught and come back? Questions I think I’ve answered myself time and time again but until you’re in there with a legit world class puncher, it’s all smoke and mirrors until that point. If I come through this test with flying colours, I don’t think there’s much people can say to me then.”

Mthalane’s age – he is 38 years old – and recent 16 month lay-off may play into Edwards’ hands but make no mistake, this isn’t a hand chosen champion and a fight heavily weighted in Edwards’ favour. If he answers all the questions and ends Mthalane’s unbeaten run, he will have pulled off one of the best British victories in recent years and the sport in this country might just have a new star.

“All I’ve ever heard is that Sunny can’t punch hard enough for world level. He won’t keep them off and they won’t respect him. Every other level I’ve ever been at people haven’t walked through me. it’s ok walking through someone but when they’re not there to walk through you’re just chasing them. I’m not meeting you. I’m not gonna try and stop the immovable object. I’m gonna dance around him.”