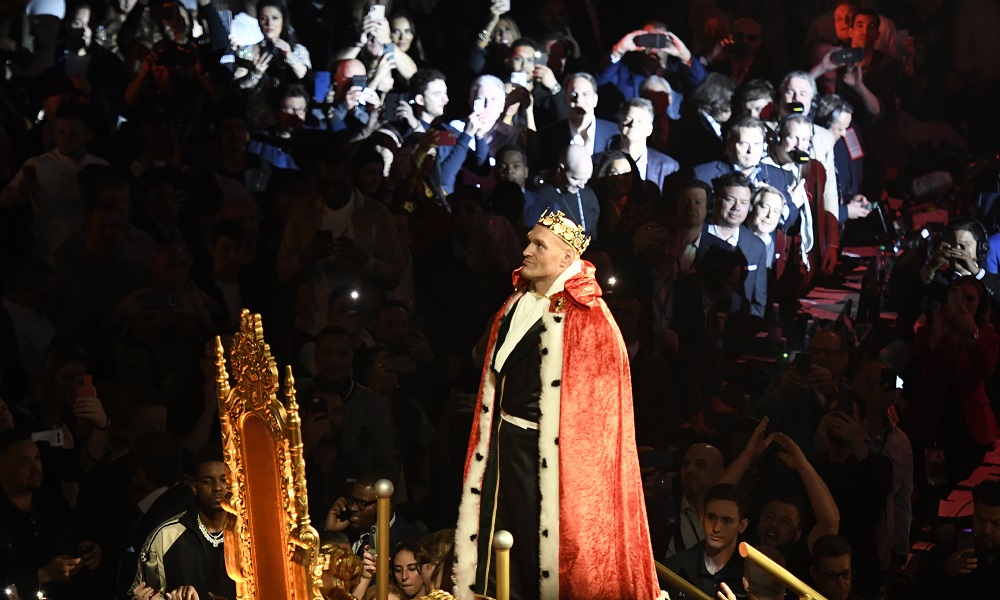 Tyson Fury has been a fighter since the start. Born two months premature, he weighed just one pound at the time of his birth, with doctors doubtful he would survive.

From the very get-go, people have predicted unfortunate outcomes for the Gypsy King – and more often than not, he’s proved them wrong.

At the MGM Arena in Las Vegas on Saturday night, the 6ft 9in heavyweight delighted the crowd, battering and bludgeoning Deontay Wilder, reputedly the hardest-hitting fighter in boxing.

The scene of the 31-year-old Fury’s greatest triumph comes four years after the Manchester boxer had told reporters that he was suffering from depression, admitting to problems with alcohol and cocaine – and telling one reporter that he “didn’t want to live”. 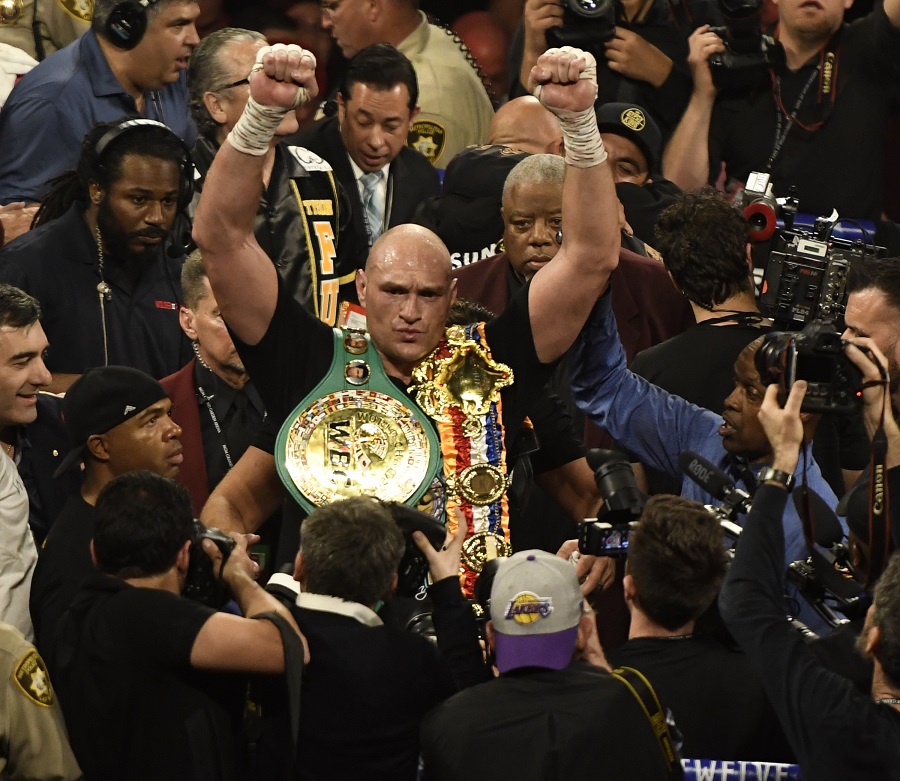 In fact, Fury’s manic depression issues date back to the earliest years of his career. In 2011, having defeated Derek Chisora to become the British and Commonwealth champion, the boxer told the Guardian that the win “meant nothing. At the end of the day what have I done? I’ve beaten another man up in a fight. I dunno what I want out of life, me.”

Yet in the same interview, Fury said “I love boxing. I can’t wait for the moment I step into the ring. I feel calm then. But after that it’s back to the reality and feeling angry – just with life.”

In so many ways, Fury is an unconventional hero; while the majority of boxers are trim, in the run-up to this weekend’s fight the English boxer admitted that he is “273 pounds of pure British beef.” After his victory he claimed that “people look at my fat belly and bald head and think I can’t fight”.

In the ring, the 19-stone Fury wears his shorts pulled up over his waist. He looks like a fighter from another era, one less concerned with aesthetics – but after this latest result, the man’s ability can hardly be questioned.

And Fury is a showman, delighting fans and often even charming those who take a dim view of the fighter’s less palatable qualities. The man has certainly expressed regressive comments about a whole raft of subjects, from abortion to homosexuality to gender equality – but whatever his past failings, it’s difficult not to warm to him at his eccentric best. Singing American Pie to a stadium full of fans after being crowned heavyweight world champion, for instance.

So what made Fury the man he is today? By the age of 11, the schoolboy was done with school, working instead in his father’s used car dealership (Fury claims he was driving at the age of nine) or even tarmacking drives on a road gang. 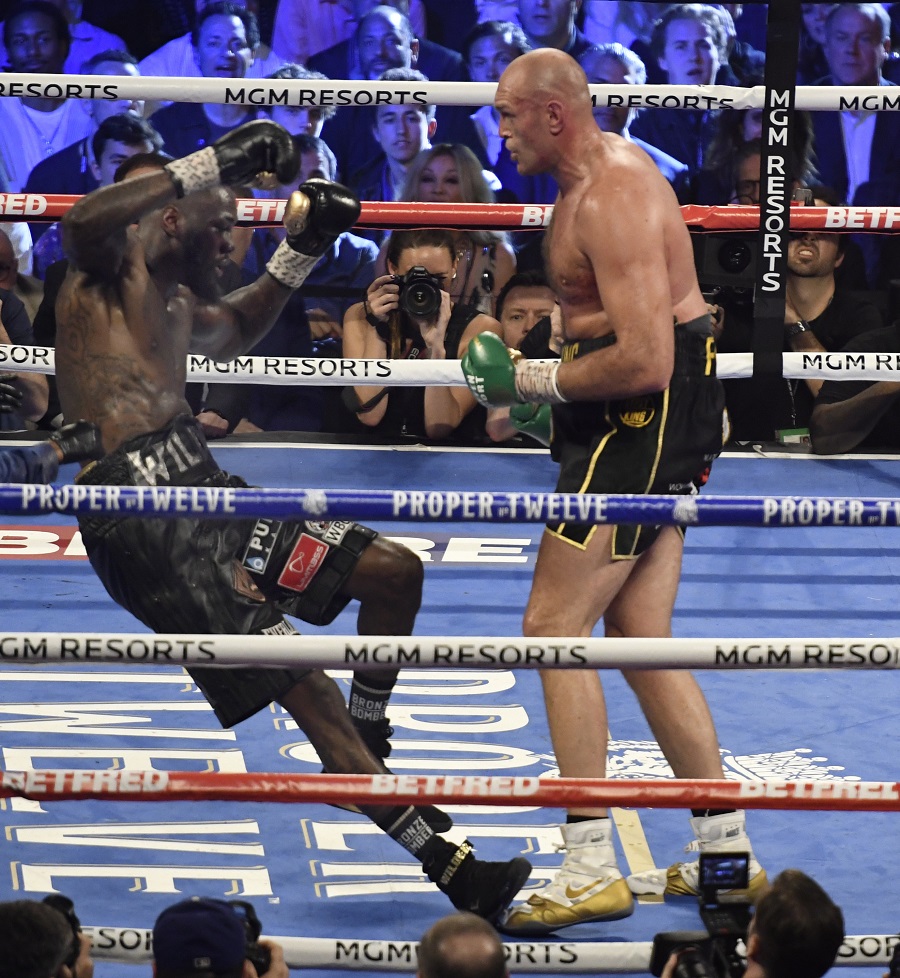 And when he wasn’t working, Fury was working out, hitting the gym, training for the career that would ultimately see him crowned heavyweight champion of the world.

Fury credits his father, Gypsy John Fury, with setting him on the right road – but like his son, the elder Fury clearly has a dark side too, having served five years in prison after an assault on a rival car dealer.

Still, John served his debt to society in time to witness one of Fury’s greatest accomplishments in 2015, when the 5/1 underdog overcame Wladimir Klitschko in Germany to become the new WBA, IBF and WBO heavyweight champion of the world.

If the fight was less than sparkling, the result was a statement of serious intent. Fury might have acted the fool in the build-up to the event – but here was proof that this was not a man to be taken lightly. 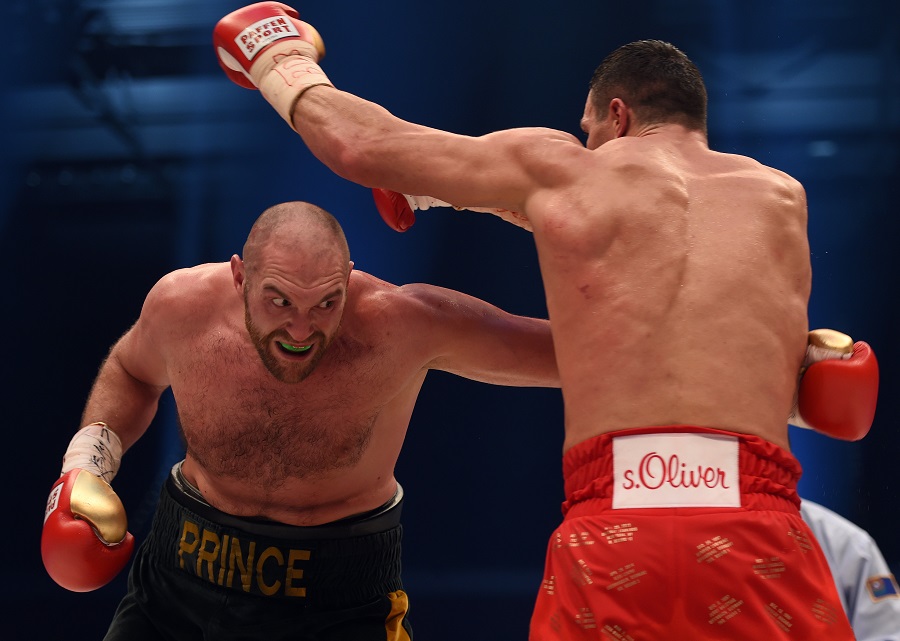 In the immediate aftermath of his win over Klitschko, Fury claimed “if I never win another fight I don’t care because I’ve achieved what I set out to achieve in my life.”

Yet by October 2016 he had succumbed to alcohol and cocaine use that had bloated his body to a reported 28 stone. And with the black dog of depression also affecting the boxer, Fury vacated his titles, saying he was “unable to defend them” in his current state. Soon afterwards the British Boxing Board of Control would suspend Tyson’s boxing licence.

To go from such lows to turn things around and cement his status as the best in the business is an almost belief-defying achievement. Flawed as he is, Tyson Fury has done something incredible. On Saturday night Frank Warren called it the best comeback in sport; while he would say that, he might just have a point.