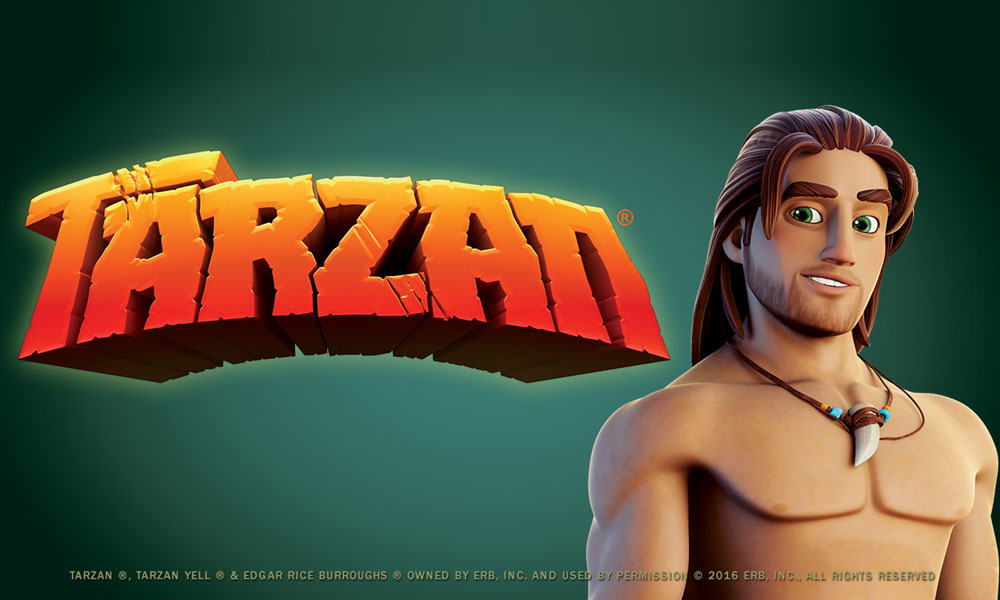 He’s the king of the swingers, and Tarzan is set to shake up the slot scene when he hits 32Red Casino this December! If you’re up for some jungle-based hi-jinks that don’t revolve around dining out on creepy-crawlies, ‘Zan’s your man.

Packed with an array of features befitting the chest-pounding champ, some of Tarzan’s outstanding features include Growing Wilds, which see the wild stacks increase with every spin (up to a maximum of 15), as well as Rolling Reels, which bring you the possibility of multiple consecutive wins.

Then there’s the Bonus Wheel. With three or more scatters you’ll trigger this feature, which offers a selection of potential rewards, including multiplier prizes, free spins, a jackpot payout – and even the cunningly named Pick-a-Potamus bonus. 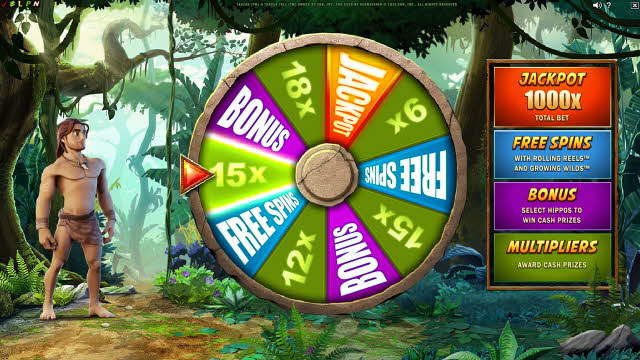 Here you’ll find a group of hippos waiting to be selected, each one offering the potential of a cash prize; you can choose multiple hippos to keep the payouts coming, but you can only pick until the feature goes ‘pop’ – plump for the wrong beast, and the feature ends.

With five reels and 40 lines, Tarzan uses beautiful cartoon style visuals that wouldn’t look out of place in a Hollywood blockbuster; the 3D effects and animations are sure to keep you entertained while you’re playing. The sound effects and music capture that wilderness vibe in a suitably jaunty way, too – and Tarzan himself even makes with his famous jungle yell!

It might be a jungle out there – but what’s wrong with getting back to nature? Tarzan is available on desktop, mobile and tablet from the 1st of December.

Continue Reading
You may also like...
Related Topics:Bonus, Jackpot

Raising the bar: these late night drinking establishments are worth your time – if you can get in…
Las chance saloon – check out Vegas’ most unusual bars