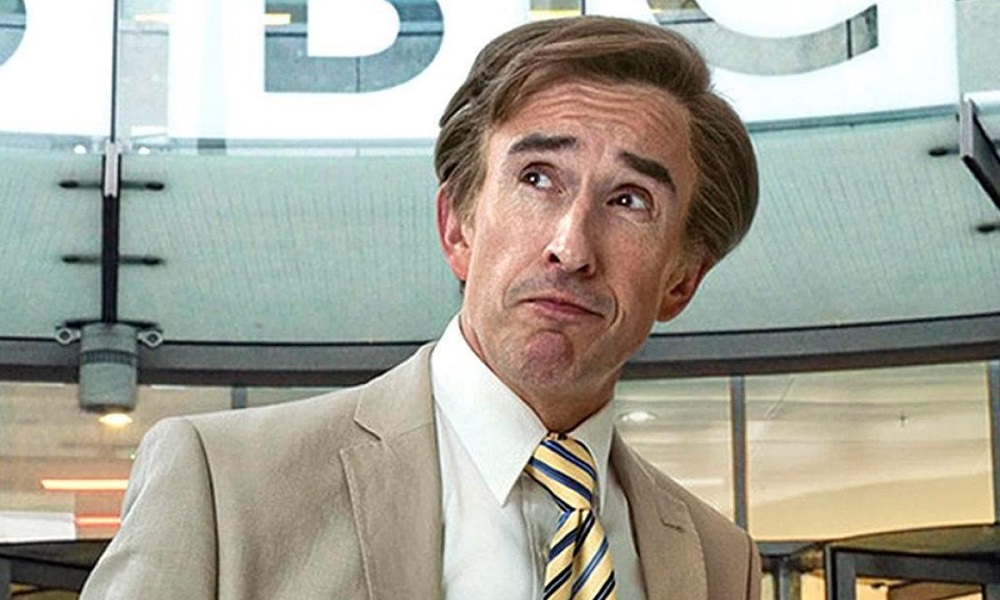 The Alan Who Would Be King: Partridge – an appreciation. With Alan Partridge

With a new Alan Partridge show arriving imminently, need a refresher on Norfolk’s maddest man? Here’s a ruddy-bloody good guide to the broadcasting legend who once almost starred in an action movie called Hectic Danger Day.

Petty. Opinionated. Insincere. Existing in a hellish state of permanent frustration. Plagued by festering neuroses that impact every single facet of his life. Alan Partridge is our kind of guy.

We’re not alone in our admiration for Alan, either. Partridge may be an exquisitely observed manifestation of ongoing, inexorable failure – but he’s also one of the most celebrated comic creations in British history.

Steve Coogan has been playing the role of Partridge for more than 25 years now. Beginning as a callow sports reporter with seemingly only the flimsiest grasp on the sport he’s covering in spoof news show On The Hour, Partridge has also enjoyed incarnations as an inept chat show host incapable of building a rapport with his guests, and a local radio disc jockey best known for a protracted stay at a motel.

But now, Partridge is back in the big time – yup, he really has bounced back. In new show This Time with Alan Partridge, Norfolk’s foremost celebrity co-hosts a One Show-inspired light entertainment television show on BBC1.

Alan’s triumphant return to peak-time viewing involves an innovative format that revolves around cosy chats on a couch as well as pre-shot exterior video pieces. An appearance from loyal assistant Lynne has also been confirmed.

And the early word is that the show lives up to the Alans of yesteryear. Co-written by Coogan and brothers Neil and Rob Gibbons, who previously worked on Alpha Papa and Mid Morning Matters, early snippets suggest the essentials of Partridge remain intact. So that’s basically Alan saying the unsayable – then saying it again because he just can’t stop himself.

If it seems as if there’s a fair bit of Partridge in Coogan, the comedian has admitted as much, suggesting Partridge even serves as a kind of release valve for some of his own character faults.

In his autobiography Easily Distracted, towards the end of the book Coogan relates an argument he has with co-writer Patrick Marber, as the two are attempting to write scripts for Partridge’s ill-fated chat show Knowing You Knowing Me.

Despite being on a tight deadline, Coogan had left the office for a while to buy some shorts. On his return, Marber is not amused.

Marber: “Where have you been? You know we’re up against it.”

Coogan: “I was hot. I couldn’t find any shorts.”

Marber: “What goes on in that tiny mind of yours when you know you’re late?”

Coogan: “I’m not answering that.”

How Partridge is that? Of course, it’s the details that often make this character so funny – the weird, weird details. Like Alan sitting in his car while Lynne visits her dead mother in the cemetery, air-drumming along to the soundtrack from early 80s television show The Return of the Saint.

Now though, it’s the return of the king. A legend of British broadcasting has been restored to his rightful place at the forefront of the prime-time schedule, and we’re cock-a-hoop. We’re also pretty chuffed, if we’re honest, that we managed to get through this entire article without using the phrase ‘Aha!’

Fancy some casino action, or sports betting? Check out 32Red.com – you can choose from a range of popular table games like roulette and blackjack, and literally hundreds of slots.