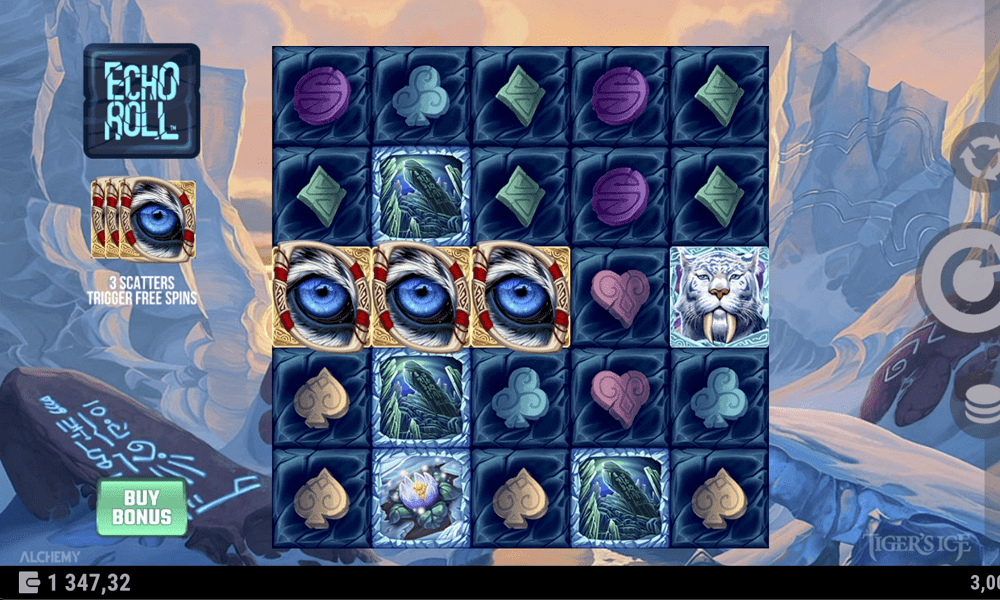 Tiger tiger, burning bright? Damn straight. In Tiger’s Ice, journey to the ends of a frozen landscape in search of a legendary sabre tooth tiger – together with an array of outstanding features. Play Tiger’s Ice now

The Rolling Reels feature means that winning symbols will be removed after a winning combination has landed. New symbols will roll in, potentially awarding another win.

Better yet, it’s possible to rack up multiple wins using the Rolling Reels. And each roll will also increase the Win multiplier by x1, x2 or x3…

Again, winning positions will see the symbols disappear, to be replaced with new symbols that are certain to deliver another winning combination.

Elsewhere, if three scatters land in the base game they’ll trigger a whirl of the Bonus Wheel feature and Eight or more Free Spins.

Free Spins with multipliers and more 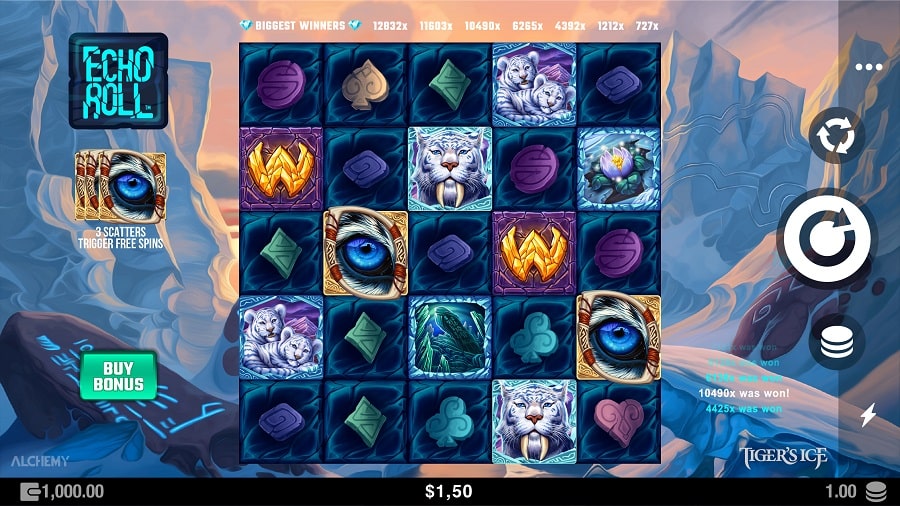 The Wheel Bonus is spun first, and will award one of a number of modifiers, ranging from an extra two or four Free Spins, or multipliers of x2 or x3. Or you can land a modifier that will make only Wilds appear during the Echo Roll, or prevent the Wild symbols.

For players looking for a little extra, there’s also an Upsizer feature; after spinning the Bonus Wheel, you can choose to pay to upgrade any remaining Free Spin modifiers.

There’s a maximum payout of 20,000x up for grabs too. It’s not hard to see why tracking down this Tiger could prove so tempting. This frigid feline is definitely a real cool cat…

Released 14th December 2022. In the meantime, visit 32Red Casino to check out a wide range of table games and slots!

Continue Reading
You may also like...
Related Topics:featured, Tiger's Ice