Based on the smash hit ITV television game show, Tipping Point Slingo uses the theme of the much-loved telly programme as a jumping-off point for a bingo-masters breakout experience.

In a fast-paced break from traditional Slingo titles that use 75 balls, in this game there are just 50 balls at play. Fewer balls mean more chances to make matches – and cross your numbers off the 5×5 grid as you seek a prize.

Play by setting your stake, then taking eight spins to try and match numbers on the reel with the grid. By marking off five numbers across a row, you’ll be awarded a payout. It’s also possible to purchase extra spins when the game reaches a climax. 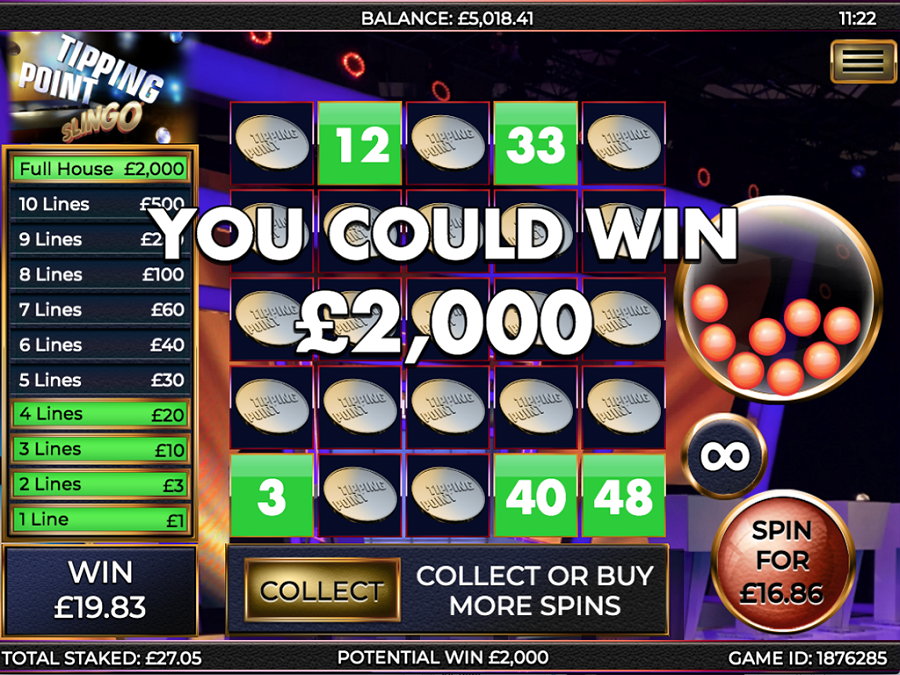 The more lines you strike out, the higher the prize you can win. And if you land a Full House by striking out every number, you’ll scoop the top payout.

As you play, there are some useful features that can help you in your quest to win the ultimate numbers game, too.

Ready to take on an all-new Tipping Point, then? For a turbo-charged seismic shift of blistering bingo action, this game is definitely Slingo’s strong Point…

Tipping Point Slingo is coming very soon. In the meantime, check out our other Slingo games – or visit 32Red Casino for a wide range of table games and slots to keep you entertained!