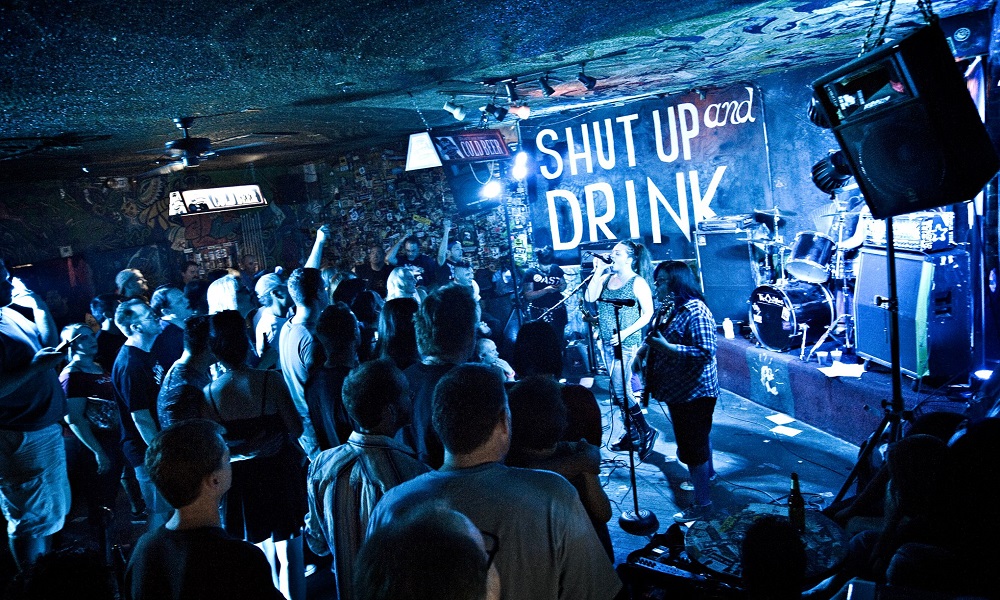 If you’re heading to Las Vegas any time soon, want to visit some drinking holes that’ll impress your pals, amaze your other half – or just leave you feeling good? No problem – here’s our guide to some of Sin City’s must-visit bars. 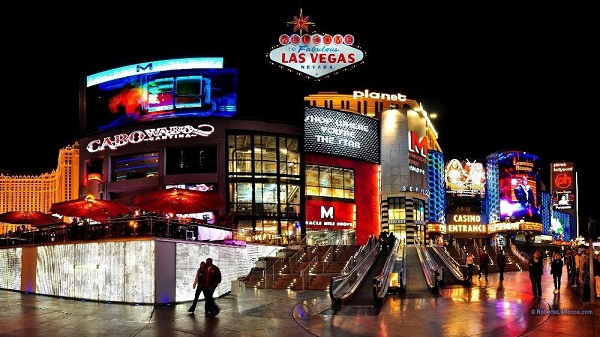 When you need a break from Las Vegas’ gaudy visual overload, where better to get your bearings (and then lose them again) than a venue founded by Van Halen singer Sammy Hagar? Actually, that might sound worryingly redolent of 80s rock – forget we ever bought up Sammy’s name. You don’t need to be a rawk fan to find this place a blast…

In the middle of Vegas’ famous strip, inside the Miracle Mile shops at the Planet Hollywood resort, this place features its own custom-made tequila – but there are plenty of other notable libations, like a pitcher of Can’t Drive 55, for instance – it packs tequila, rum, gin, lime, orange, pineapple, cranberry juice and a dash of amaretto.

Sports aficionados will love the upstairs lounge, the Loft, which features a bunch of huge screen TVs plus a 184 inch video grid and 180 inch projector. With live music and impressive views of the strip in all its mind-wobbling glory, this is a perfect place to relax. The Mexican food’s good too. 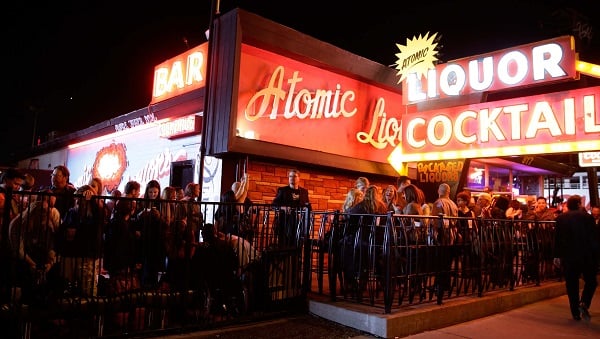 This one’s got history and a quirky character all of its own – a no-frills dive bar that proved oddly compelling, serving up drinks to the likes of Clint Eastwood and the Rat Pack in their pomp. Barbara Streisand was a regular too, but this was hardly a stars-only affair – open 24 hours a day, working class stiffs would mingle with Hollywood greats.

They also used to sit on the roof, which afforded a view of the desert – where the US Army would conduct tests involving atomic bombs, hence the name of the establishment. Those unusual firework shows may no longer take place, but the bar itself remains an offbeat reminder of Vegas’ irresistible eccentricities. 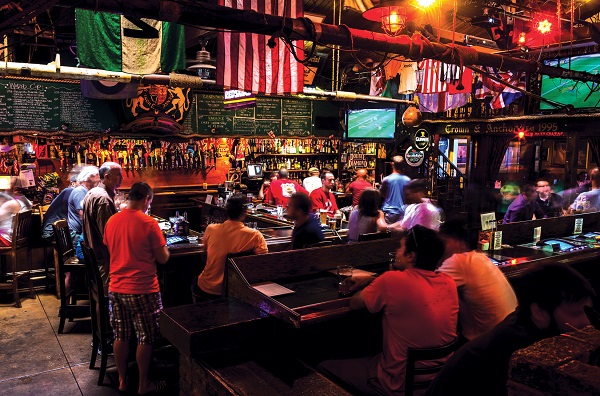 Some might find it odd that you’d travel all the way to Nevada – and then head straight to a boozer promising an authentic British experience. Still, if you’re feeling homesick or you’re just in the mood to watch some standard football, rather than the US variety, the Crown and Anchor could be just what you’ve been hankering for.

With fare like Cornish Pasties and a Ploughman’s Lunch, it’s perhaps better to focus on the drinks than the cuisine here. Still, they do sell a Sunday roast complete with Yorkshire pudding, which we’ll always be partial to. Otherwise, there’s plenty of familiar brews like Boddingtons, Guinness and Old Speckled Hen, as well as more exotic fare – and also the chance for a spot of karaoke, assuming you’re in the mood for a sing-song. 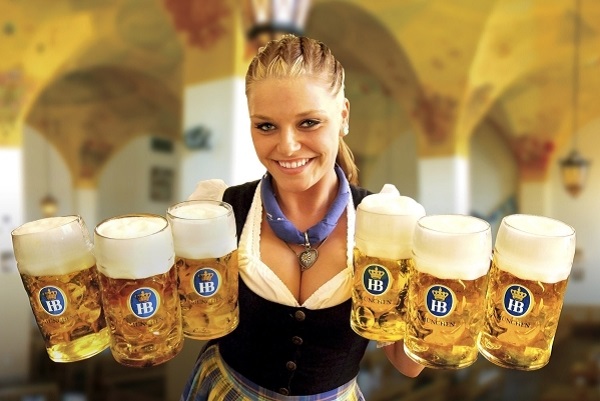 You can find anything in Vegas if you’re prepared to look – even a Munich style biergarden, complete with cheerful, buxom frauleins on hand to bring a refreshing stein or six your way. With a boisterous Oktoberfest style atmosphere all year round, if you’ve a hankering for a bratwurst or even a spot of live music (oompah bands?), be sure to visit the beer hall.

There’s also a beer garden (inside the building!) – and the beers themselves are definitely worthy of investigation if you’ve a fondness for the finer brews. Here you can partake in a range of premier German brews, from the likes of dunkel to kristalweizen. And if the booze isn’t enough, there’s plenty of fine staples of the German diet too, like pretzels, schnitzel, and probably countless other foodstuffs ending in ‘zel’. Prost! 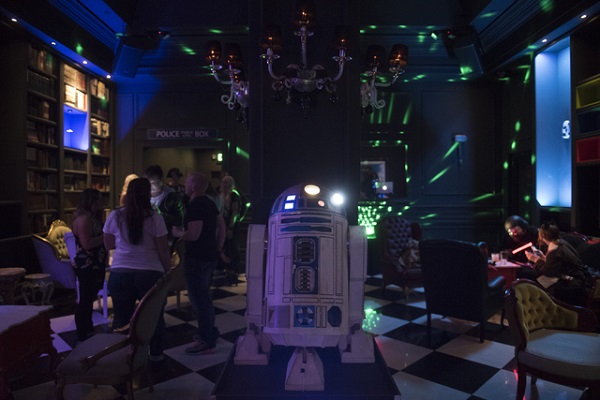 If you’re a fan of Star Wars, cosplay, or you’re simply looking for a bar with a very different feel from the norm, Millennium Fandom might just light your sabre.

This is nerd nirvana, and it’s not just Star Wars fans who will feel they’ve found their spiritual home here – from fairly obscure comic book characters to viewings of cult cartoon show Rick & Morty, Fandom celebrates all things of a dweeb-ish nature. As a man whose writing style has basically been stolen wholesale from Stan Lee’s breathless melodrama, I’m all for this place. Excelsior! 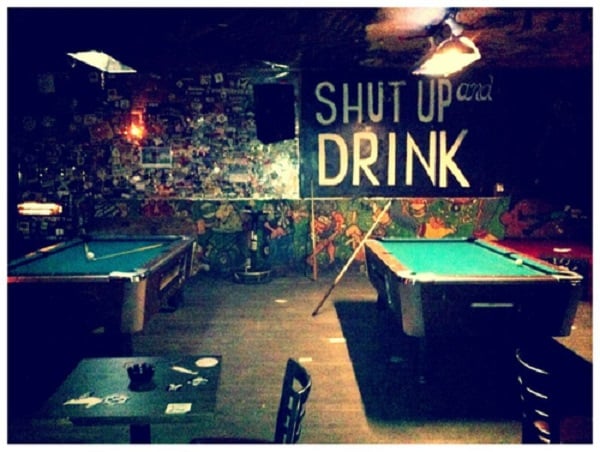 But it can’t all be about the geek inheriting the earth, of course. If you’re looking for something a little spicier, Double Down might well suit. In spirit this place is a million miles away from Vegas’ swankier joints – and all the better for it.

Instead, there’s a kind of punk rock ethos that imbues this place with its anarchic attitude; with live music, a jukebox for between the gigs, and apparently a bacon-flavoured martini, Double Down isn’t for the faint of heart. But if you’ve got the stomach for one of the more raucous nights in Nevada, you won’t be disappointed. Please, try the ass juice. It’s a cocktail, complete with a commemorative drinks holder in the shape of an open toilet.

If you’re desperate for that Vegas casino feel even if you can’t get to Vegas, give our Live Casino a try. You’ll play against friendly, real-life hosts, and there’s a selection of classic casino games to try – and plenty of cash to be won, too. Check out our Live Casino here.