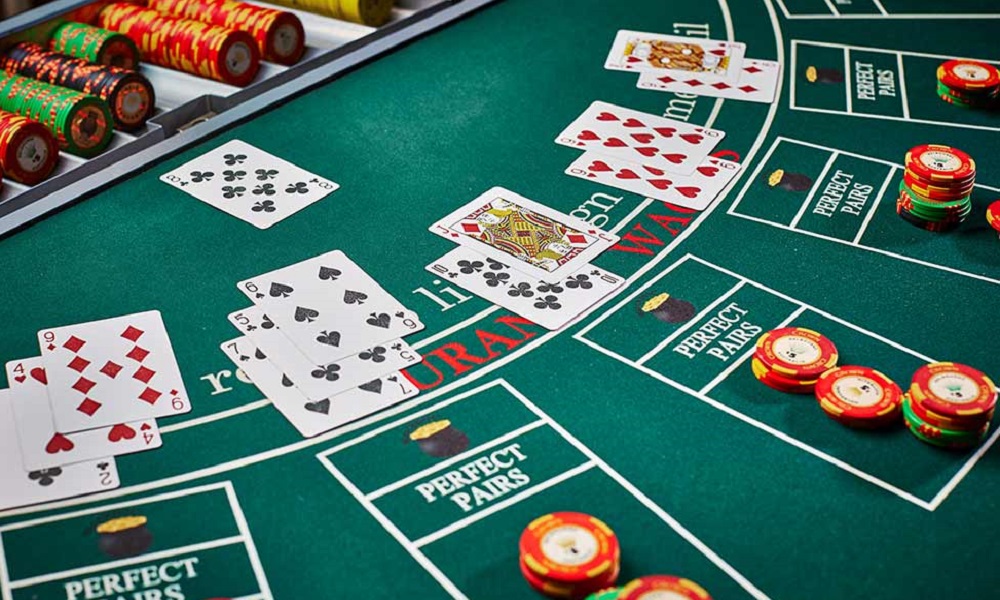 Want to become a Blackjack genius?

The rules might seem simple – but there’s a right way and a wrong way to approach this card game. Learn how to handle the cards, and you could be on your way to being a fully certified bad-ass when it comes to Blackjack.

The game takes place between you and a dealer, with both parties attempting to reach a score of 21, or as close to 21 as possible without going bust. The jack, queen and king all have a value of 10, while an ace is worth 1 or 11, depending on what’s most useful to the player.

You’re dealt two cards, as is the dealer. Both yourself and the dealer can draw additional cards to try to make a hand with a value of (or close to) 21. Alternatively, you can ‘stick’ – that is, play the hand you’re dealt without adding to it. If the value of your cards goes over 21, in blackjack terminology you are bust.

Although a standard deck features 52 cards, blackjack usually features more than one deck in play at the same time.

The more decks that are used, the lower your chance of drawing a natural blackjack (an ace, plus a card with a value of 10) – so it could be worth seeking out a game that uses fewer decks. The number of decks used will vary from game to game; the Atlantic City Blackjack slot uses eight decks, for instance, while the Vegas Strip version uses four.

Once you’ve been dealt your hand, in certain blackjack variants, in certain situations, you can choose to double. You do this by placing an additional bet equal to your original wager, then drawing another card. After this, you cannot draw any more cards, and you can only make this move after receiving the first two cards.

When you’re dealt an ace, alongside any other card that doesn’t have a value of 10, you have a ‘soft’ hand. The beauty of a soft hand is that it’s impossible to go bust; so often, it makes sense to draw another card in this situation, assuming you haven’t already reached 21, 20 or 19.

If you’re dealt two cards of the same value, it’s possible to split your hand, giving you a chance to play two hands, and take two potential wins from the same hand. It’s particularly advisable to do this if you get dealt two aces. Splitting when you get dealt a pair of 8s is also generally a good play, since 16 is widely agreed to be one of the worst hands in blackjack.

You’ll find a wide range of  blackjack games at 32Red – along with slots and various other table games.

Most Notorious Female Gamblers in history
Out now: Wild Scarabs