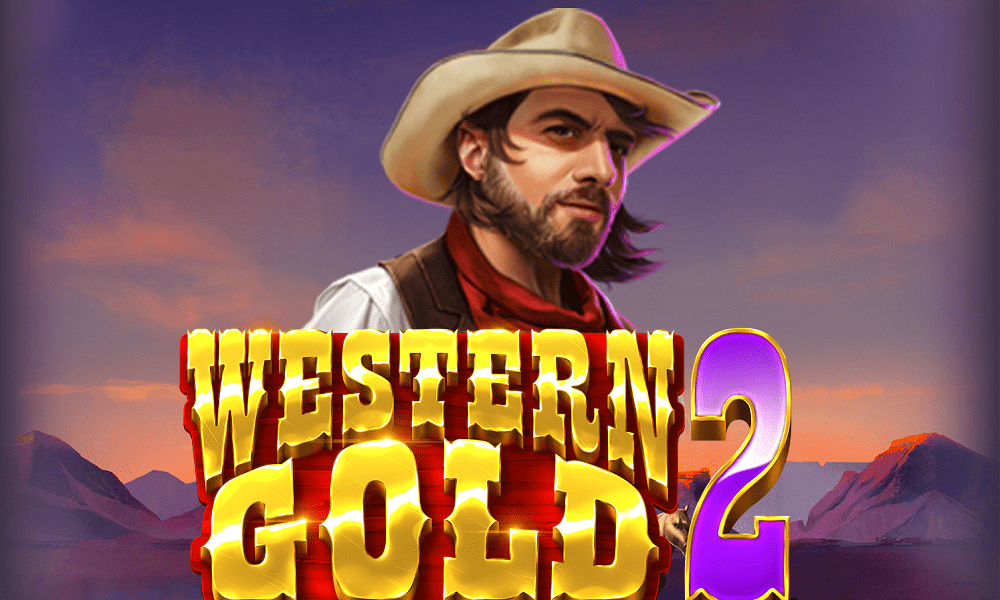 The old west gets a new lease of life in Western Gold 2 Double Barrel, where a whole bunch of ornery lowdown varmints are looking to track down golden horseshoes.

This five reel, 40 payline slot from Microgaming and Just For The Win Studios recalls the halcyon days of John Wayne, Gary Cooper and Clint Eastwood – that’s gun-slingin’, tobacco-chewin’, whiskey-sippin’ mayhem. Get off your horse and drink your milk, indeed.

There’s plenty of ways to win in this Wild West-themed romp. As the Double Barrel title suggests, there are two gun barrels here, a Cash Barrel and a Feature Barrel. At various times in the game, each can bring you additional ways to fire up a few wins.

The more golden horseshoe scatter symbols that land in a single spin, the bigger the payout; land at least four in a spin to collect a cash prize.

There’s also a Wrangler Spin feature, activated if you land two Wrangler symbols. When this comes up, you’re awarded a random prize from the Cash Barrel.

If three Free Spins symbols land, they’ll award three Free Spins. With Free Spins in play, you’ll collect Scatter Symbols; a maximum of 12 can be collected. Nab each one, and you’ll be awarded a 25,000x payout! 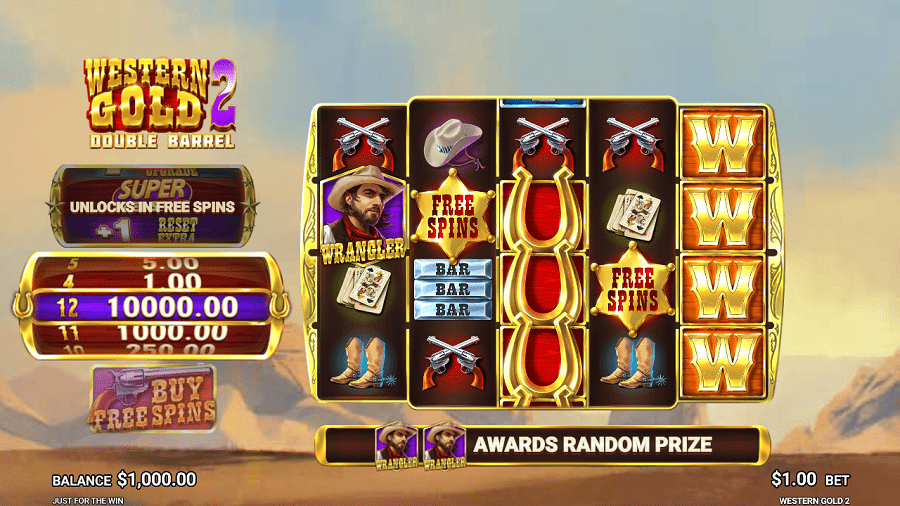 During Free Spins, you can also access the Feature Barrel, where a range of options are up for grabs. These include Cash Collect, which awards the cash prizes of the scatters currently collected on the Cash Barrel.

Here, Scatter symbols will be collected through the spins, and a Cash Barrel prize is also awarded after each spin.

The Free Spins meter will reset whenever a scatter or mustang symbol lands on the reels. And landing the Mustang symbol will also trigger the feature barrel, which can award Barrel Upgrades, Multiplier Boosts and Reset Extra.

Gunning for a diverting new release that’ll have you hankering for the old West? With Western Gold 2, it’s high noon for the other slots – this sharp shootin’, pistol packin’ hombre is bang on target.

Released 24th May 2022. In the meantime, visit 32Red Casino to check out a wide range of table games and slots!