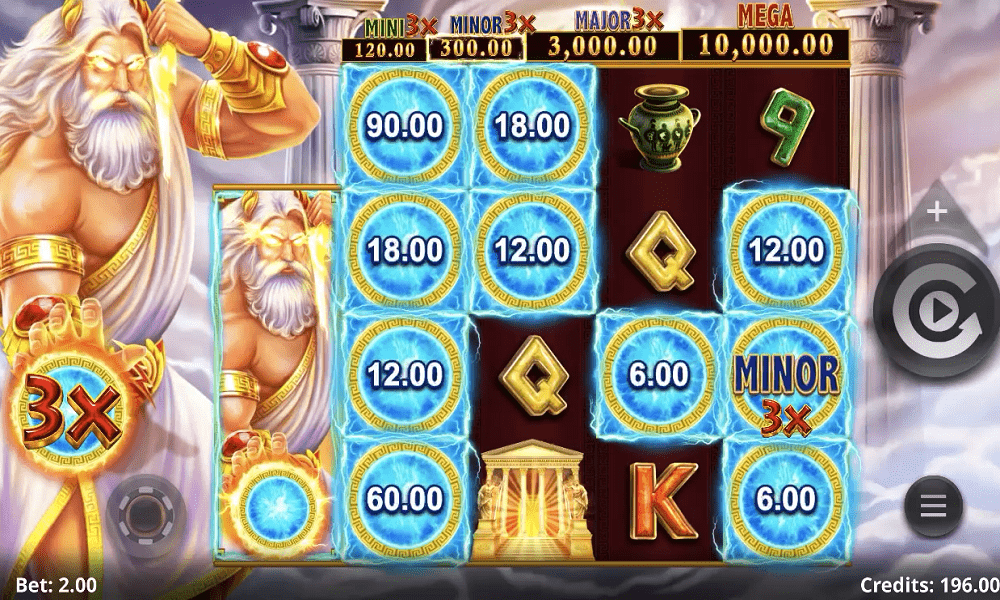 Who knows why this Greek god is quite so grouchy. But since he holds the power to hurl thunder and lightning bolts on a whim, it’s probably best not to get the dude’s back up.

In any case, in this new release from Games Global and SpinPlay Games, you’ll find a five-reel set-up with plenty of ways to a payout. There’s a maximum 1024 ways to win, in fact. And beyond that, you’ll also find a range of features that could see Zeus produce the goods.

First and foremost is the Wild Link of the title. See, when a Wild symbol lands on the first reel, the feature is triggered. The Wild will nudge down, filling the entire reel.

At this point, up to three extra rows can be added above reels two to five. And each prize symbol that’s present on adjacent reels, beginning from the second reel, will award the prize displayed.

Wild symbols will also substitute as prize symbols while the Wild Link is in play; the total feature win can be randomly multiplied by two or three.

As you’d expect, there’s also a useful Free Spins feature, triggered if three bonus symbols land during a base game spin. You’ll be awarded 10 Free Spins, and on each of the spins a random reel will turn into a Wild Prize reel. 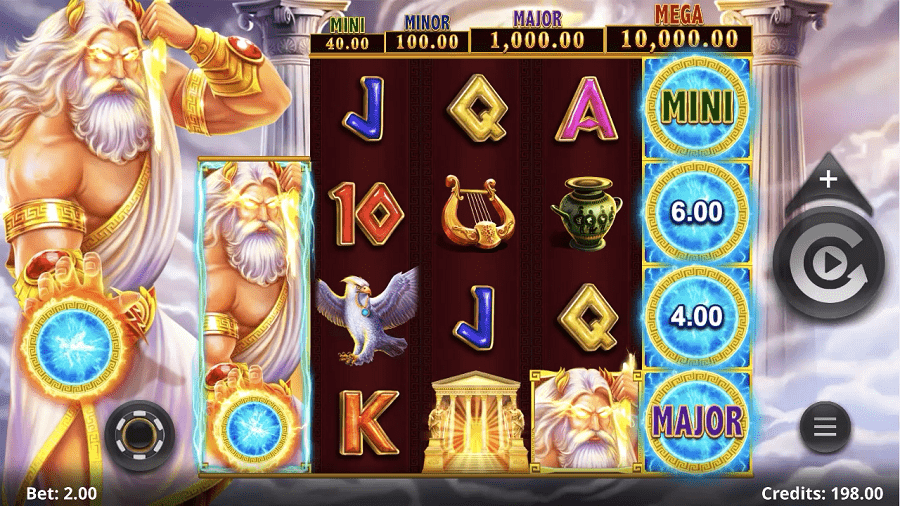 Wild Prize reels contain solely Wild Prize symbols, which can substitute for any symbol except the bonus.

And the Wild Link feature is present during Free Spins too – except here it’s even more tumultuous. Up to six extra rows can be added to the reels, potentially making each reel as much as 9 positions high.

There’s also a Pick Game feature which is randomly triggered by prize symbols, during the base game or the Wild Link feature.

The object here is to match three symbols, thus winning a prize; there are four different jackpots to be unleashed, ranging from Mini to Minor, Major to Mega. The Mega pot is worth a staggering 5,000x your stake!

Fancy cutting loose with Zeus, then? Not long now until this bolt from beyond lights up the slot scene at 32Red…

Released 13th September 2022. In the meantime, visit 32Red Casino to check out a wide range of table games and slots!