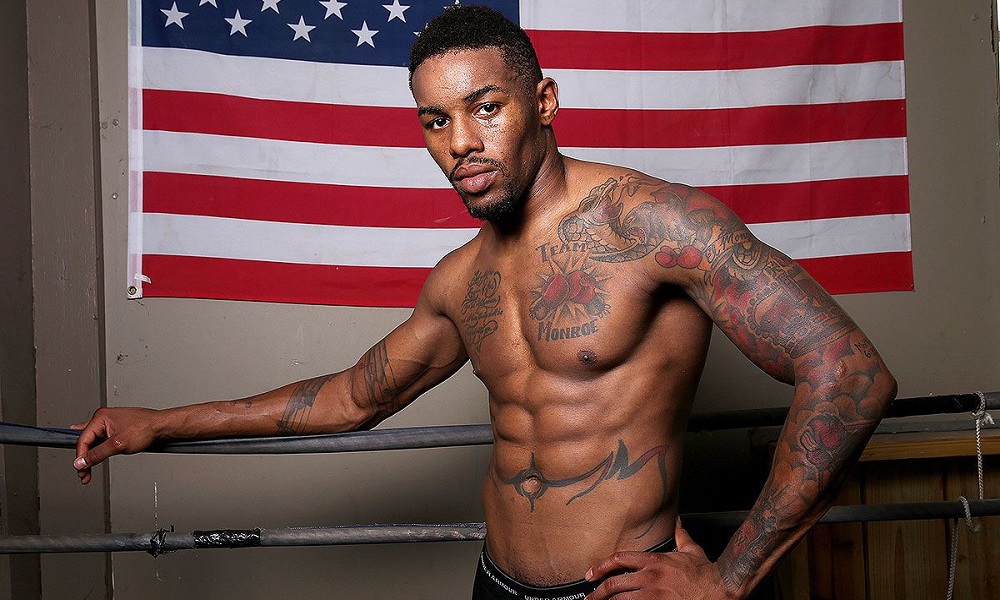 Willie Monroe Jr exclusive interview: I haven’t been this motivated in a long time

Willie Monroe Jr’s mantra is ‘Brick by Brick’. The 30 year old from Upstate New York has built himself from the very foundations. There have been ups and downs along the way but finally, with his WBO middleweight title fight against Billy Joe Saunders just days away, Monroe (21-2, 6 KO’s) almost has his house in order. Beating Saunders would put the roof on.

“I’ve always been taught to be humble so I’d rather not talk about how I’ve weighed Saunders up or how I see him but I can tell you that I can’t wait to get in there. We all know he’s pretty mouthy and he talks a lot and that’s done nothing but fire me up. I haven’t really been this motivated in a long time.

“This guy has something I really want and I’m just going to go and take it.”

We live in a time where entire careers are dissected in 140 characters and prospects are hyped after posting a padwork video on Instagram. Monroe has taken the long road, selling his own tickets and “paying to play” for a long time and winning five fights whilst working out in a double garage. For most British observers though, Monroe is known purely for 16 minutes of fame spent sharing a stage with Gennady Golovkin [who fights Canelo Alvarez in Saturday night’s eagerly awaited megafight, with 32Red sponsored coverage available on BoxNation Box Office]. After a tough start Monroe went against type, planted his feet and fought the Khazak. He landed plenty, took plenty more and was eventually stopped in six rounds.

Another mantra in Monroe’s camp – and one which should give you a good idea of his true style of boxing – is ‘Bialamos’ which roughly translates as ‘keep dancing’. Monroe made his name by “duking and jiving” and has decided to return to his old style.

“That’s what we’ve been working on. We’re having fun and we aren’t trying to fight the critics or trying to prove any of them wrong. The key is to go in there and do what I do, not what anybody else wants me to do. A lot of guys take this macho approach and want to prove this or that but I don’t have to prove I’m tough, I’m in a tough sport.

“I think [I’m being underestimated] but rightfully so. If you go back to the old days, guys actually went into people’s camps and saw how they worked. They really took the time to get to know a fighter. Now, people just look on Instagram. I put a video up on Instagram of me working with Floyd Mayweather Snr from three years ago. Now everybody is like: ‘Whoah, Willie’s working with Mayweather.’ People take things at face value. If they see something on social media, it’s true. People are going to doubt me and say what they say. As I said, I’m not trying to prove them wrong. I’m just trying to be happy and live my life knowing that if I do what I can do, I’ll be fine. I’m fortunate enough to be able to make a living doing something that I love.  A lot of people don’t get that opportunity.”

Saunders has been complimentary about Monroe’s technical abilities but hasn’t been shy about voicing his opinions on the manner of Monroe’s ultimate capitulation against Golovkin, believing the American quit when the going got too tough. Monroe is clearly aggravated by the insinuation but has managed to avoid being drawn into an all out war of words, preferring to reserve his energy for the task at hand.

“It doesn’t matter what they say now. It has no bearing on what’s going to happen on September 16th. I know for a fact that they never wanted to fight me and I also know for a fact that they’re nervous. Artie Pelulo [Banner Promotions president] tried making this fight before for the WBO title and they turned us down which is why I ended up fighting Gabe Rosado [in September 2016]. They never wanted to fight me because they know it’s a difficult task. Now they have to play this gamesmanship and talk all this stuff but they’re just juicing themselves up.

“By all means, man. Whatever you have to do to ensure that you don’t back out or fake an injury. Whatever it takes to ensure you turn up on September 16th, I’m okay with it. At the end of the day, when he’s locked in that ring with me there’s nothing he can do. You can’t talk your way out of trouble in that way.

“Don’t get me wrong. I won’t take anything away from him because Saunders is a cool little fighter. I don’t see anything super special about him but I’ll just do what I do. I’m not here to insult the guy and I’ve never been a negative guy or a person that isn’t humble. Whatever it takes. I’m just glad I’ve got the fight. So many guys have backed out and Banner Promotions have been working really hard on getting me a fight.

“Boxing is no longer a sport of tough guys, it’s a business. People don’t want to really fight, they want the easiest fights and the least risk with the highest reward. Those type of guys are making it very hard to make good fights. I’m just happy the contract got signed. That’s all I was waiting for.

“I’m a real dude and people who are real are only waiting for an opportunity to show you that they aren’t playing. I don’t care about the talk or the gamesmanship or the insults. All of that is fine and dandy but if he thinks it’s going to help him, he’s sadly mistaken.”

Willie fights on Saturday night – to see our latest boxing markets, check out 32Red Sport here. If you’re up for a flutter on table games or the slots, be sure to check out our award-winning casino too!