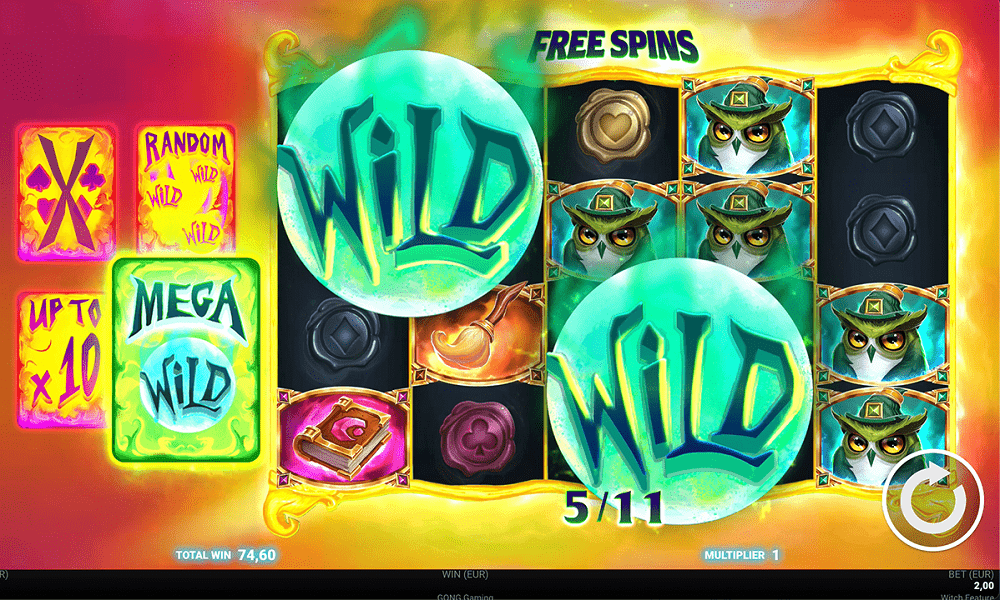 If you believe the fairy tales, witches seem to spend most of their time hatching plans to lure plump children into an oven. Play Witch Feature now

Actually, turns out not all witches are heartless hags. In Witch Feature, the new one from Games Global and Gong Gaming Technologies, the star of the show might be flying on a broomstick – but we certainly wouldn’t mind her working her magic on us.

Yes, I’m experiencing feelings for a cartoon witch; clearly, something has gone very wrong in my life. Nevertheless, this medium volatility, five-reel slot is definitely brimming with charm and engaging features. All things considered, this fair witch project is worthy of further investigation.

The reels contain beautifully rendered images of owls, cats and other trappings of the witch lifestyle. Game-wise, there are four cards on the left-hand side of the screen that can bestow useful features on the player. Some of them need unlocking, however.

Land potion symbol combinations to trigger the features; to start with, only the High Symbols Respin card is unlocked. But trigger more Potion Features to unlock the Random Wilds, a Multiplier, and a Mega Wild card too.

With the High Symbols Respin, you’ll be granted a respin with, yup, high paying symbols, increasing your chance of landing a memorable win. Trigger the Random Wilds Respin and, the clue’s in the title, you’ll enjoy a respin with Random Wilds.

With the Multiplier Respin, the reels will respin and you’ll be awarded a multiplier of 2x, x3, x5, x8 or x10. The respins continue until a win is achieved, too. 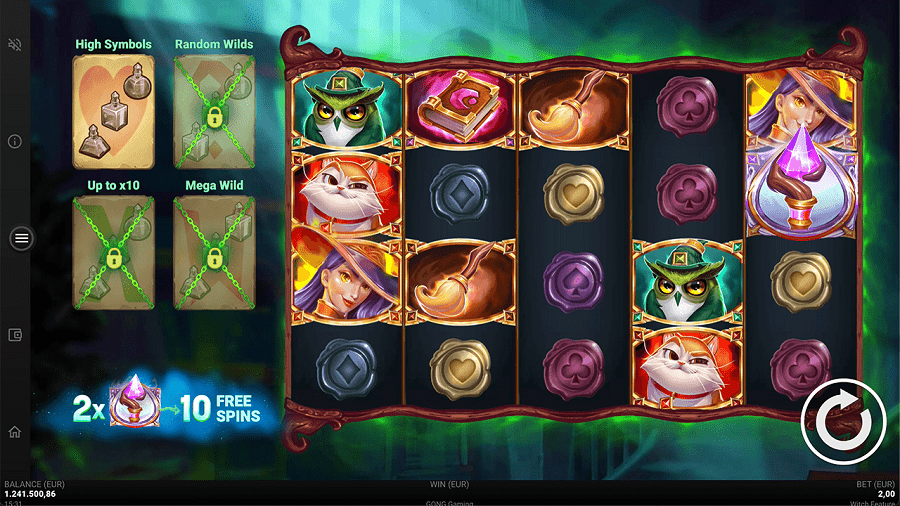 And with the Mega Wild Respin, you’ll see super-sized Wilds of 2×2 or 3×3 appearing on the reels, which can give you even more chance to win.

There’s also an Explosion feature which may randomly be triggered by a combination of Potion symbols that don’t trigger any other feature.

When this happens, a selection of question mark symbols will appear on the reels; these can substitute for high paying symbols.

Still need a reason to get to know this witch-based masterwork? Well, everyone loves a Free Spin feature.

Land the pertinent symbol on reel one and five, and you’ll trigger 10 Free Spins – while there’s a chance to trigger Potion Features on every single spin. Additional Free Spins can be retriggered if you land more Spin symbols, too.

With stacks of entertaining win potential and a super cool art style, it’s safe to say we’re bewitched. Ready to fall under the spell?

Released 19th October 2022. In the meantime, visit 32Red Casino to check out a wide range of table games and slots!

Continue Reading
You may also like...
Related Topics:featured, Witch Feature