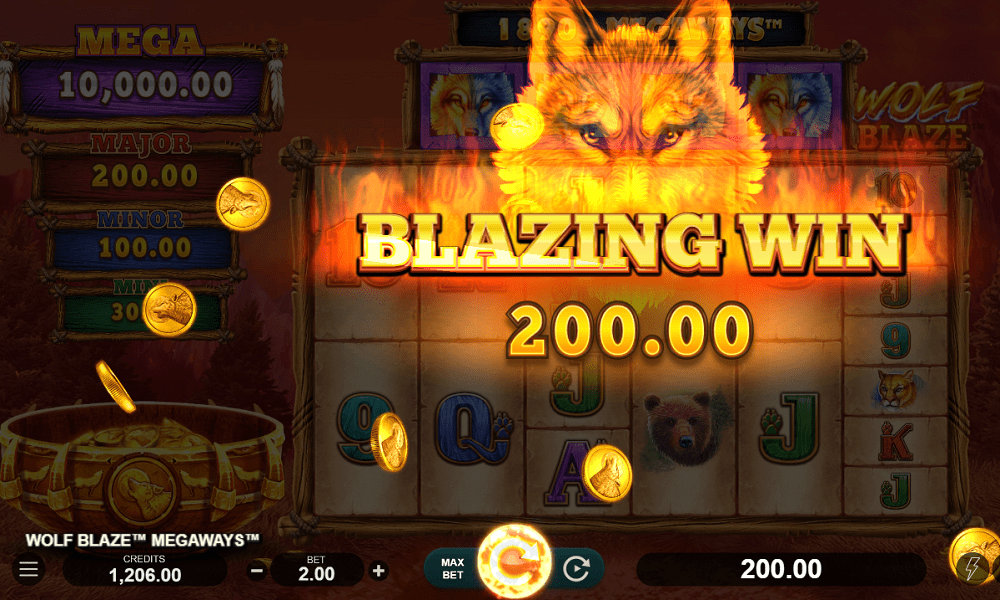 The hour of the Wolf is almost upon us. Get in touch with your feral side in Wolf Blaze Megaways, the wild new slot release that brings the wilderness of the Mid West directly to you.

And with impressive fiery graphical effects bringing this game to vivid life, flames swirling and licking the symbols, Wolf Blaze Megaways is an inferno of immersive slot action.

Amongst the bears, big cats eagles – and of course, Blaze the wolf – you’ll also find some great ways to help you in your quest for a win.

The Megaways mechanic means there are 117,649 ways to win. And with the Rolling Reels, any symbols from winning combinations will be removed, making way for new symbols. 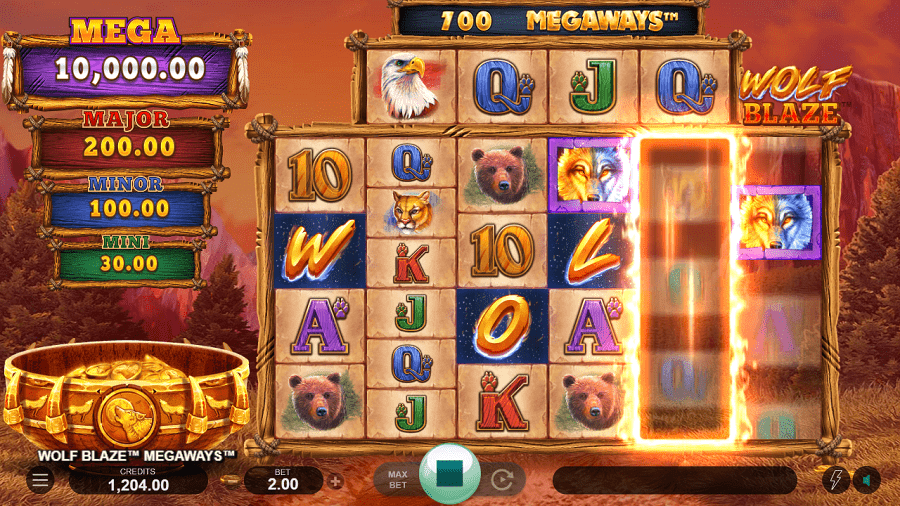 There’s also a Wild Collection pick me style bonus; by collecting Wilds that land, you have a chance to trigger the Jackpot Pick game.

Here, match three symbols to award one of four jackpots, ranging from Mini to Minor, Major to Mega.

Back in the base game, look for the Scatter symbols; four or more landing in a spin will trigger 12 or more Free Spins, with a multiplier that increases with each winning roll.

It’s possible to retrigger the Free Spins by landing more Scatters, too. And with infinite escalating Free Spins and multipliers up for grabs, no wonder this Wolf has players howling for more. Ready to feel the heat?

Released 7th February 2023. In the meantime, visit 32Red Casino to check out a wide range of table games and slots!