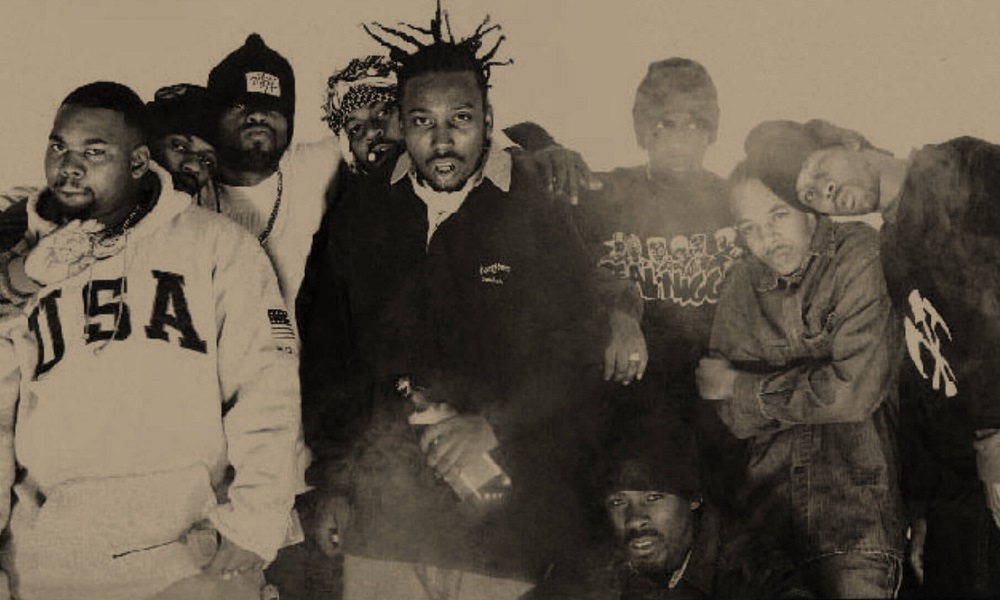 “Do you think your Wu-Tang sword – can defeat me?” With the Wu Tang Clan playing in London, Manchester and Glasgow this weekend, we thought we’d form like Voltron to look back at the legendary hip hop collective’s greatest albums.

After their debut album was released in 1993, various members of the Clan went on to release solo records produced by group mastermind the RZA, which also featured contributions from fellow members of the group.

This one is arguably the pick of the bunch – no small claim, coming as it did at a time when everything RZA touched turned to gold. Raekwon isn’t necessarily the most memorable rapper the world’s ever heard, but the sheer quality of beats here make this a gangster classic; many would put it up there as one of the greatest hip hop albums of all time. There’s barely a forgettable track, but pay special attention to the likes of Knuckleheadz, Incarcerated Scarfaces and Guillotine.

Ghostface was clearly a Marvel fan long before the comic book company conquered the world of pop culture; as well as the title of the album, Ghost periodically refers to himself as Tony Starks, and even named one track ‘Marvel’ on this soul-tinged release.

There wasn’t much in the way of primary-coloured heroics here, though. Coming a year after Cuban Linx, Ironman saw Ghost reuniting with Rae for another opus of criminality that encompassed street deals gone wrong, often incomprehensible flows (always sounded great though), and that peerless RZA production. Check Box in Hand, Iron Maiden, and the ever-exhilarating Daytona 500 for a clutch of great cuts.

Another 1995 release from when the Staten Island-based group were at their mightiest, the GZA muses over criminal records and record labels here, though Method Man arguably steals the show with a mesmerising performance on Shadowboxin’. An exquisite slice of street-knowledge, and yet another RZA-produced album that’s routinely referred to as one of the greatest in hip hop history…

Viewed as something of a disappointment upon release in 1997, Forever certainly doesn’t instantly click in the same way as some previous Wu material – this sprawling double album doesn’t have anything as immediately catchy as ‘Shame’ from the group’s debut, Enter the Wu Tang, for instance.

What tracks like Bells of War, Hellz Wind Staff and The City offer instead is a sonic sophistication that’s more than a match for the grimy, lo-fi atmosphere of that first album. Wu Tang Forever may take a while to make sense, but it’s undoubtedly a record that rewards repeated listening.

Ghostface’s second album came at a time when Wu Tang’s quality control seemed to be faltering, ranging from interesting but flawed records like RZA’s Bobby Digital to downright clunkers like Rae’s Immobilarity. But Ghost’s Clientele was reassuringly heavy on great music – check out the outstanding Apollo Kids. Alas, this wasn’t a sign of the Wu’s creative resurgence – more like one last hurrah.

Killah Priest with Ol’ Dirty Bastard – If You Don’t Know

I’ll be honest, I always thought ODB (RIP) was a bit of a weak link in the Clan – a hip hop clown whose larger-than-life persona couldn’t mask the fact his contributions were negligible. That was until I heard this release. The headlining Priest drops a few verses which are, y’know, fine, but when Dirty drops in with his mystifying chorus about ‘the dirt dog, I be the God!’, I was converted.

Taken from Method Man’s ’94 debut Tical, in all honesty this might not be the greatest cut on this collection – that honour probably belongs to either single Bring the Pain or lead track Tical. Still, hearing Meth insisting “I’m the True Fist of the North Star!” is always a great moment; it’s a fine boast too.

I’m not a fan of Cappadonna, and I don’t even think he sounds good on this joint – but not to worry, because U-God and Method Man absolutely kill it here. Or maybe it’s just the beat that is so damn good…

Perhaps the most unfairly ignored affiliate of the Clan, La the Darkman released his debut Heist of the Century to general indifference in the late 1990s, but there’s some outstanding stuff on here – title track Heist is the obvious selection, but Gun Rule and particularly 4 Souls are great too (brilliant sample of dialogue from Christopher Walken on the lead-in to Gun Rule too). La sounds like a heavyweight as he raps “Darkman is king, lampin’ on my throne of blood.”

Don’t think this one ever appeared on an album, but with an irresistible beat plus lyrical contributions from Ghostface, Meth, Inspector Deck, U-God, Raekwon and the Genius – all sounding superb – this is another criminally underplayed release.