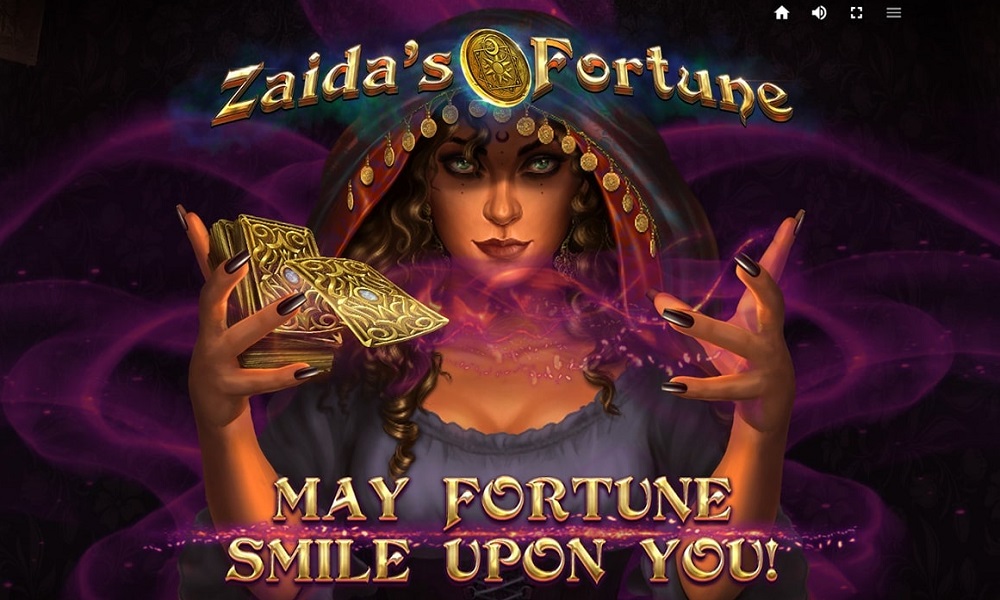 But this lucky lady’s glimpses of your destiny could result in brilliant payouts, rather than visions of bloodcurdling carnage – phew!

Embrace the occult with Zaida’s Fortune

Delve into this moody, magnificent carnival of the uncanny, and you’ll find a five reel, four row set-up. You’ll also discover an array of random features that we foresee could deliver great prizes. Wilds, Multipliers and more are waiting to be unleashed.

Zaida herself can sweep in on a whim, triggering random features that will last for five consecutive spins. Let’s start modestly – with the Remove Symbols feature, one low-paying symbol type will be removed from the reels.

Of more interest, perhaps, is the Wild Abundance feature. Once this is triggered, one or two Locked Wilds will land on the reels across each of the next five spins. That gives you a chance at landing a maximum 10 Locked Wilds.

Multipliers are always useful when it comes to slot action. With the Multiplication feature, a multiplier will become active, and will be applied to each win that takes place over the next five spins. 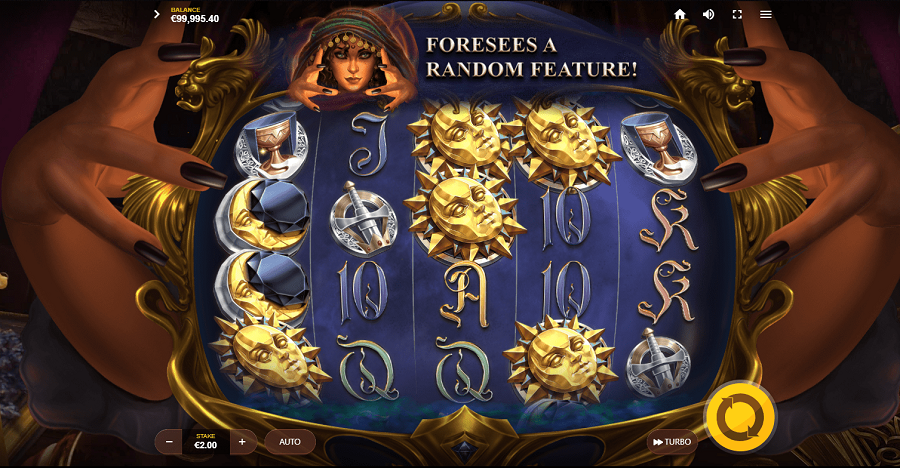 The value of the Multiplier will also increase with each spin, by a factor of 1 or 2 – and it can climb as high as x10.

Potentially best of all are the Fortune Spins. Three scatters landing in a single spin will trigger five Fortune Spins; Zaida will shuffle three cards, each of which represents one of the three previously mentioned features.

Pick a card to determine which feature will be applied while the Fortune Spins are in play. Once five Spins have taken place, you’ll be able to pick another card.

You have the chance to access uncover another feature here, in which case you’ll be awarded a further five Fortune Spins, this time with the two features active. Alternatively, you could pick a Collect card, ending the feature.

Avoid the Collect card however, and after 10 Fortune Spins you’ll have the chance to pick another card. That means you could enjoy a total of 15 Fortune Spins, with the final five spins utilising all three features.

Sounds quite the fairground attraction, right? With Zaida’s Fortune, we’ve seen the future of slot gaming…

Released 24th June 2022. In the meantime, visit 32Red Casino to check out a wide range of table games and slots!

Continue Reading
You may also like...
Related Topics:featured, Zaida’s Fortune