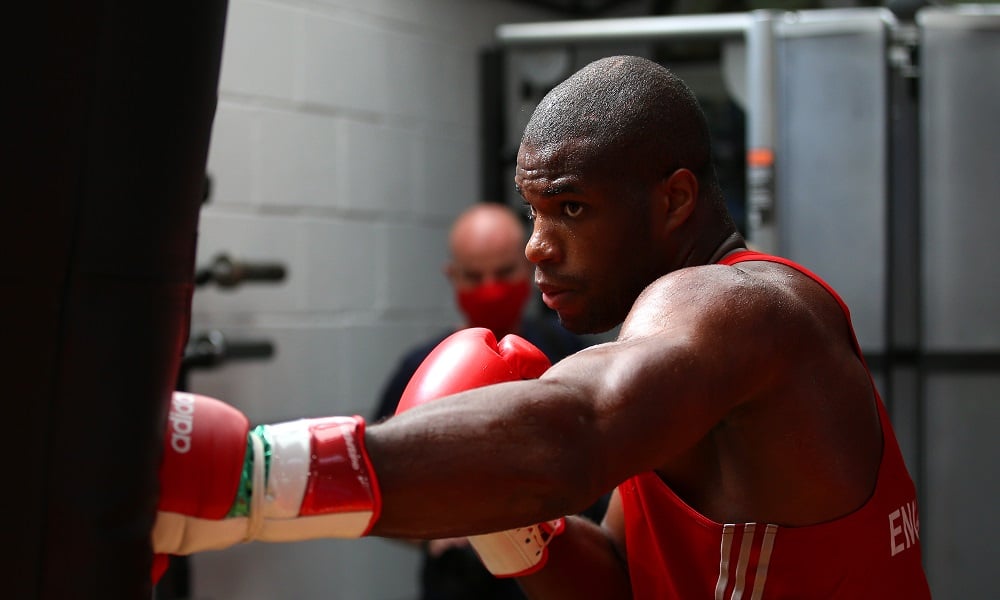 Muhammad Ali in Dublin, Naoya inoue in Glasgow, Johnny Tapia at the York Hall in East London, Daniel Dubois on a Jake Paul undercard on Cleveland, Ohio. Boxing throws up some bizarre situations.

Dubois fights Joe Cusumanu on Paul’s latest pay-per-view extravaganza and whilst at first glance it may seem like a totally alien place for him to turn up, it could well prove to be a promotional masterstroke.

The 32Red ambassador will be performing in front of an entirely new audience in Cleveland and this would be the perfect time for him to produce one of the devastating finishes which have quickly come his trademark. The crowd will be watching the whole evening with their mobile phones poised and ready to capture anything spectacular and whilst Dubois is likely to stay just out of the spotlight during the inevitable fight week shenanigans, there are few images in professional sports as visceral as a heavyweight knockout.

32Red caught up with Dubois before he flies out to the mid-West and found him in an excited mood.

I’m always happy – I just don’t show it very well sometimes – but everything’s going in the right direction at the moment and everything is good.

“I grew up watching the big heavyweight fights in America. I’m pretty well read when it comes to heavyweight boxing and I’ve watched lots over the years. My dad had me on it from an early age and I know most of the old school fighters so I’m glad I’m getting to go out there and I’m extra satisfied that I’m getting to take the family over with me. My dad and my sister are coming along. We’re going over there to perform and do what we do.

“American’s might not have thought much of British heavyweights in the past but we’re dominating now and I’m the next one in line. I really want to make a statement and look good doing it.

“I think it’s important for a heavyweight to make his mark in America. When you look back, that’s where the big fights really started and it’s still where the biggest fights happen usually. I’m glad that I’m on that path. What an opportunity it is to fight on Showtime too.

“I hadn’t really heard of Jake Paul if I’m honest. I don’t spend too much time studying these Youtubers but they do seem to be getting a lot of attention for themselves so here we are. I’ll soak up all the buzz and atmosphere of the fight week. It’s going to be something different and it’s going to be a different crowd than I’m used to but I still think its going to be a great event.

“I love the big atmosphere of a fight week. It’s a big part of the game. Honestly, on a day to day basis I’m in the gym thinking about boxing and training for fights so I’m not really in the mood to spend too much time talking about it too but when everything calms down and I have a bit more time, I can make time for a few more interviews and I quite enjoy it.

“I’ve been training with Shane McGuigan for a few months now. Shane is definitely helping me improve and get better. I think he’s one of the best trainers in the world so with his extra help and guidance I’m going to do amazing things. I believe in myself and having Shane there in the corner – and not forgetting his dad Barry – might give me a bit of extra experience that maybe I didn’t have before.

“I like to attack the body and Barry is always telling me to go to the body. Barry was a real pressure fighter back in his day so you can learn a few things from the success he had. For me, any punch that lands will do though.

“The gym is full of big characters like Lawrence Okolie and Anthony Fowler. We all have a good time in the gym and we’re all getting on. It’s a good craic in there and I bring something new to the gym too. What do I bring? I bring devastating performances and the power.

“They’re all top quality fighters too and I have history with them all from my days on the GB Squad back in the day so we’re all linking back up together again.”

Frank Warren – Dubois wants to crack America. We want him to blast Cusumano out.
Josh Warrington exclusive diary: This time around I’m completely switched on