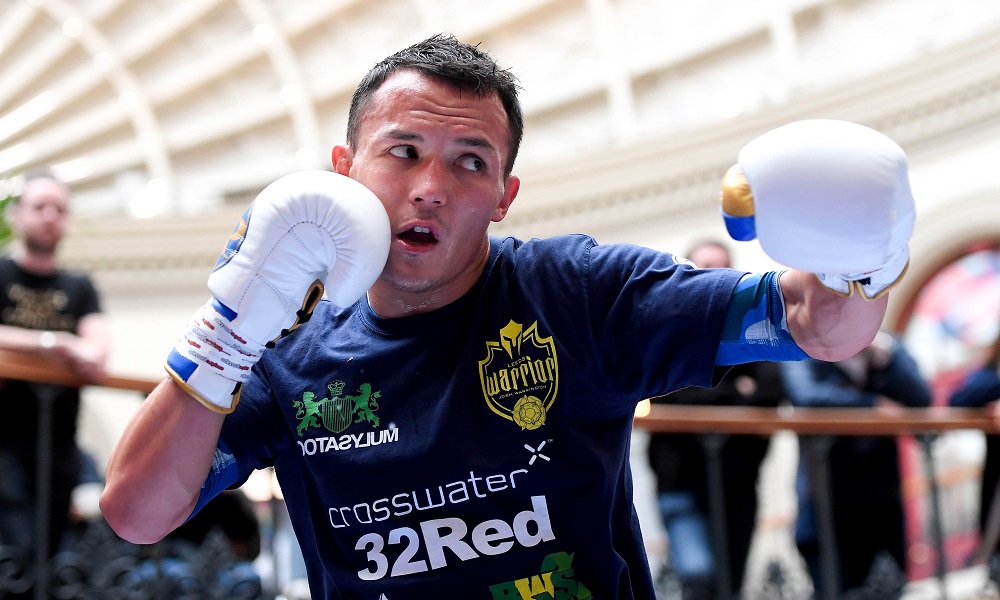 Josh Warrington may or may not still believe in Father Christmas but he definitely couldn’t have chosen a better present for himself. Over the festive period, the 32Red ambassador received the news that on March 26th he will take on an old foe, Kiko Martinez, for his old belt, the IBF Featherweight title. For all the latest fight odds, visit our sportsbook.

It is often said that familiarity breeds contempt but in this instance, it may well be a case of better the devil you know. Warrington knows he has the beating of Martinez, he outpointed him back in 2017, but the remarkable little Spaniard has since found a new lease of life.

Having been beaten by Warrington, Carl Frampton, Scott Quigg and Zelfa Barrett on previous visits to Britain, Kiko turned up in Sheffield and blasted out Kid Galahad in one of the sport’s biggest upsets of 2021. It was also arguably the knockout of the year.

Now, Warrington has been given the opportunity to add to the history he has already created. Leeds’ first ever male world champion has the chance to become a two time champion. He can do it at the First Direct Arena, a second home for he and his fans and a venue which helped propel him to the top of the featherweight division and he can once again position himself for a shot at the prized Ring Magazine title belt, a prize he has long craved.

Raring to go after a brief battle with COVID, Warrington shared his thoughts on Martinez and the crazy way boxing works.

I don’t feel too bad. I had COVID before and it knocked f**k out of me but luckily I wasn’t too bad this time. I wanted to train right up to Christmas, have a couple of days off and then get back running up to New Year. Then I was planning on going away for a week or so.

I trained hard last year. Two weeks after the rematch with Mauricio Lara I was back in the gym and well in front with my strength and conditioning so I didn’t want to burn out. I was gonna go away with my wife, Natasha. She works hard around my fights with tickets and arranging things so I wanted us both to recharge the batteries because at the end of March we’ve got old Mr Martinez and that’s going to take a strong mindset.

It’s not like I’m chasing my tail this time. I usually like a good base of training before we go into it fully. After the first Lara fight I couldn’t do anything for ages apart from run. I was like Forrest Gump. Then I was straight back into full training. For the fights with Selby, Frampton and Galahad I went into full training with a good solid base underneath me. 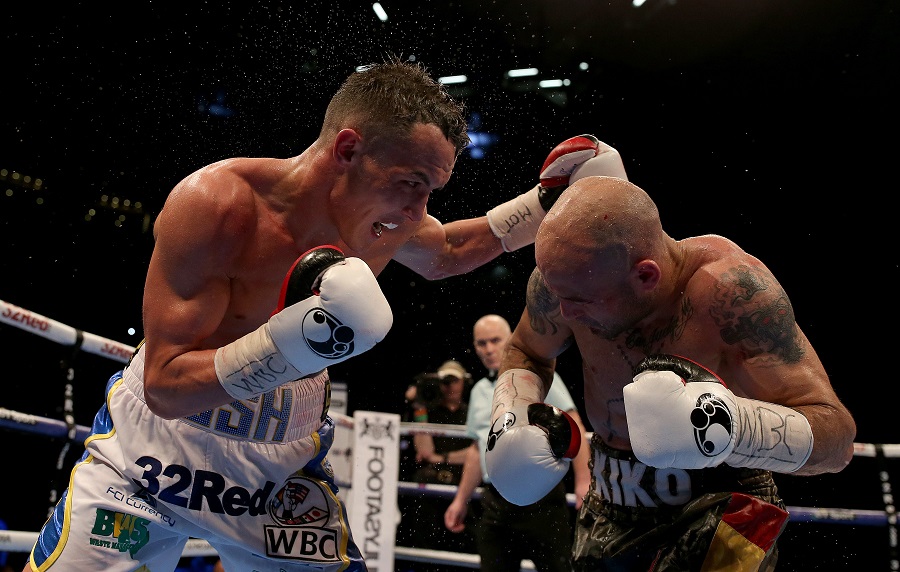 I’m already thinking about the fight with Kiko and my ribs are already hurting. He’s got the hardest head I’ve ever punched. He’s a tough, tough man. We’re there now with the deal. It all happened pretty quickly really. We’re going back to Leeds Arena for it and it’ll be a bearpit that night.

I heard off a few people that when Kiko got back to the dressing room after beating Kid Galahad he was saying that I was the fight he wanted next. He’s never let me go off his radar since I beat him a few years ago has he?

I boxed an exhibition with my gym mate Maxi Hughes on the night Kiko beat Galahad. I decided to get a kebab on my way home and had a look through Twitter while I was waiting and I think Alex Arthur put something about Kiko looking shaky early on. I just stopped looking. I got the urge to listen on my way home because I knew it was live on the radio but I couldn’t get a signal. As I got close to my house I had a feeling I needed to check what was happening. I checked my phone but it had been on silent and I had about 30 messages. I got in the house and Natasha shouted, ‘Kiko’s the world champion!’ It’s a crazy sport.

I’ll never overlook a fighter ever again but this can again be a key to opening doors for me. Lara spoiled my plans. I thought I was gonna walk straight into a fight with Can Xu and at this moment in time I should be sat here with a prestigious Ring magazine belt. I know I would have only had the WBA Regular belt but I’d have still been in a good position to fight Leo Santa Cruz. That all went Pete Tong and I’m here without a title. I lost that bargaining power.

It’s funny how it all works. I was thinking about Lee Wood recently. He got chinned by Jazza Dickens and suddenly gets the opportunity against Can Xu and now he’s in a big fight with Mick Conlan and could end up in a mandatory position to fight Santa Cruz. It’s mad how it works out.

People can be fickle. There will be a lot of people thinking I’m done but how many fighters have been beaten and come back? Look at Manny Pacquiao. I think it was 2012 he got knocked out by Juan Manuel Marquez. 2012! I’m not going to be doing another nine years but it just shows it can be done. On March 26th, get ready to hear those words again. And the new!

Zelfa Barrett exclusive diary: I’ve got the biggest fight of my life ahead of me
Taylor vs Catterall: legendary boxing trainer Billy Graham with thoughts on the big fight