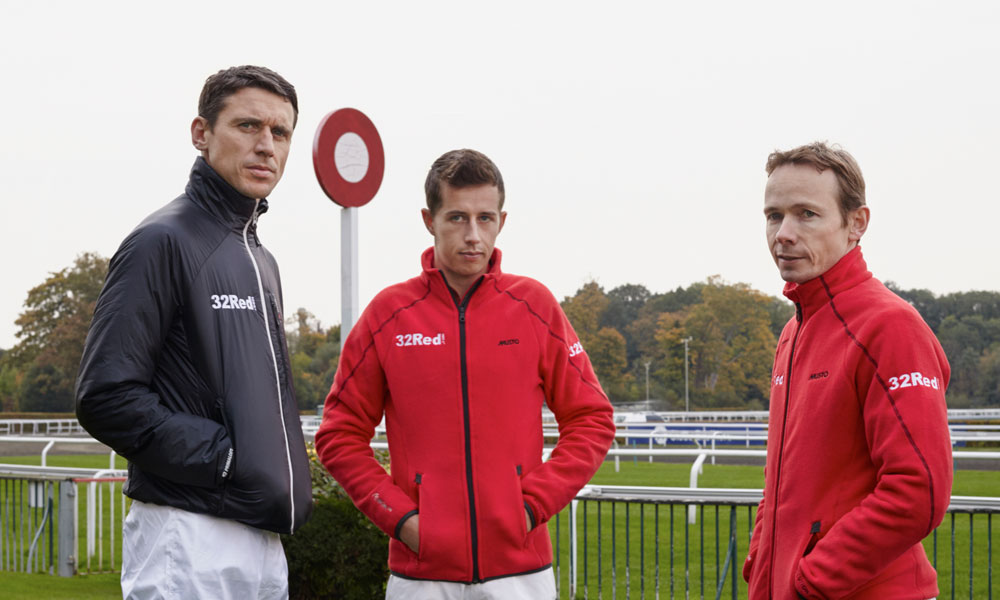 Do you love your racing? Do you want the inside track from the course and the whispers from the stables? Well 32Red has some great news for you…

We’re delighted to announce that we’ve teamed up with three of racing’s finest jockeys in Jamie Spencer, Bryan Cooper and Paddy Brennan to provide you with their unrivalled analysis on the big races, insight on their upcoming rides and thoughts on the big issues of the day. 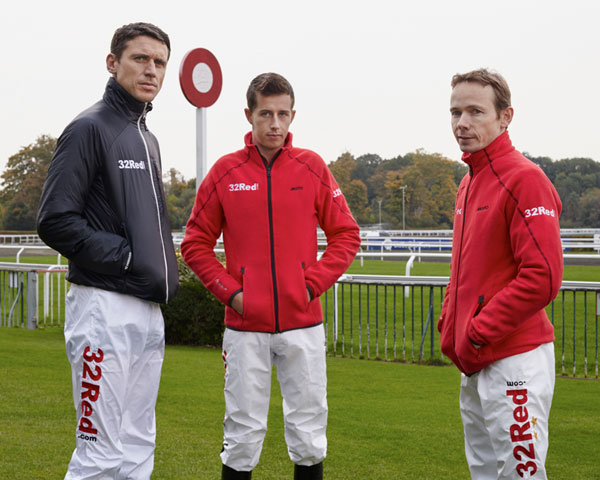 Starting from today, you’ll be able to read the trio of leading jockeys weekly blogs, exclusively at 32Red.

Former Champion Jockey and multiple Classic-winner Jamie Spencer’s first column couldn’t come at a better time as he kicks things off with his thoughts on the race that stops a nation, the Melbourne Cup. Jamie will be on-board leading contender Big Orange for the richest 2-mile handicap in the world and he’s expecting improvements on last year’s 5th place finish.

Speaking about his role as 32Red Ambassador, Jamie said:

“I know first-hand that 32Red are passionate about racing and I’m delighted to be joining them as their Flat racing ambassador and columnist. I like to think that I will point their customers in the right direction.”

If National Hunt is more your thing, then Paddy and Bryan will have that covered too. Today, 2010 Cheltenham Gold Cup winner Paddy Brennan gives us the lowdown on 32Red King George winner Cue Card’s return to action at Wetherby this weekend and as the season unfolds, we can expect some forthright opinions from the Galway man. On his hopes for the season, Paddy said:

“I’m happy with the way my season has started and let’s hope it notches up another gear when Cue Card runs in the Charlie Hall at Wetherby on Saturday. And fingers crossed that will lead to another crack at the 32Red King George, which he won last season. I won’t be shy of giving a firm opinion when the situation is called for.”

And if all of that isn’t enough, we’ve also got an update from Bryan Cooper on his return from injury… just as the jumps season begins to heat up! Speaking to 32Red, Bryan told us:

“Hopefully, I will be back in action in the not too-distant future, maybe even next weekend. Watch this space. Given the amount and depth of talent the Gigginstown team have, I certainly hope to have a great season ahead both in Ireland and the UK. I look forward to giving 32Red customers the lowdown week-in and week-out.”

So if you want your analysis from the best in the game, 32Red has that for you. It may not be straight from the horse’s mouth… but it’s not far off!

Continue Reading
You may also like...
Related Topics:featured, racing

Bryan Cooper: This gives him an excellent opportunity to get his head in front, but we have said that a few times this season!
Nico de Boinville: He is probably best known for being a half-brother to Altior but he looks to be going the right way himself