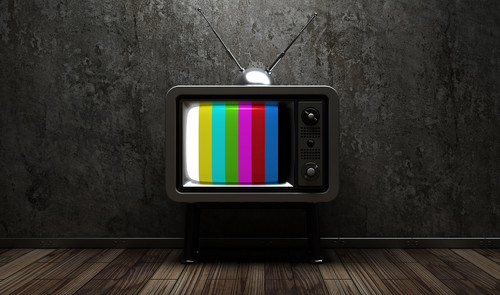 7 cult TV shows they need to bring back

The news that an all-new Crystal Maze experience has opened in the heart of London has got us all buzzing. So much so that we decided to take a look back at some classic cult TV shows that are no longer with us. See how many of these you remember and would love to see back on your screen.

Set in a huge maze made up from four zones (Aztec, Futuristic, Medieval and Industrial) contestants had to undergo physical and mental tests to bag crystals while egged on by the barmy but brilliant Richard O’Brien. Each crystal got them five seconds in the Crystal Dome where they’d flap about in an attempt to catch what looked like gold and silver chocolate wrappers to win prizes.

Imagine sticking an oversized helmet on your best mate and then sending them to wander blindly around the Game of Thrones set. That pretty much sums up this kids TV show, which was more than a bit scary back in the 90s. The unfortunate contestant relied on three friends to keep them alive by guiding them past rotating blades, gargoyles and ghosts while the creepy dungeon master watched on. Terrifying stuff.

Two contestants with locked backpacks (one containing £1000 in cash, the other a load of dead weights) are blindfolded and flown to separate locations to begin a search for each other – and the keys to the cash. Enter the deranged Interceptor: a blonde-haired, trench coat-wearing loony who’s out to stop them, using an infra-red laser mounted on his arm. With a series of vehicles at his disposal, including a helicopter, a Maserati Spyder and a Kawasaki motorbike; he had a weird habit of screeching like a startled ostrich when victorious. Bonkers.

Set on a real fortress out at sea, this adventure show challenged lycra-wearing teams to escape by completing a set of physical tests laid down by the evil Boyard. It would all get a bit cruel at times as contestants were forced to face their fears in rooms full of tarantulas or pits full of snakes, but the French took the biscuit by introducing live tigers into the game.

Let’s get this straight, the Krypton Factor was hard. Really hard. It was named after Superman’s home planet because of the superhuman qualities of the contestants who would have their minds and bodies pushed to the limit. The show included difficult general knowledge and mental agility rounds along with a tough army assault course which left some unlucky competitors with broken bones. If they survived all that, they then had to safely land a jumbo jet or a Sea King helicopter in a flight simulator. It wore us out just watching it.

Every Saturday night, plucky members of the public came face-to-face on our screens with muscle-bound warriors blessed with names like Hunter, Jet, Lightning and er… Rhino. Armed only with giant cotton buds to hit them round the head with, they invariably took a pasting before attempting the Eliminator: an obstacle course of beams, trapezes, ropes and cargo nets which finished with the winner running through a piece of paper. Yep – every bit as crackers as it sounds and we loved it.

Bullseye wasn’t just a gameshow, it was a Sunday night institution for almost 15 years. Essentially TV darts, contestants would also answer questions posed by presenter Jim Bowen to win Bully’s star prize: a car, holiday, caravan or even a speedboat. Our Jim loved a catchphrase and while everything was “super, smashing, great”, he’d make sure that even if you won nothing you’d have your “BFH – your bus fare home”.

Fancy a bit of Bully right now? Then get yourself over to the 32Red online casino where Bullseye is just one of a brilliant range of online slots you can play.  Have we missed you’re favourite cult classic?  Let us know what show you want to be revived below.

Top 10 Bond cars of all time