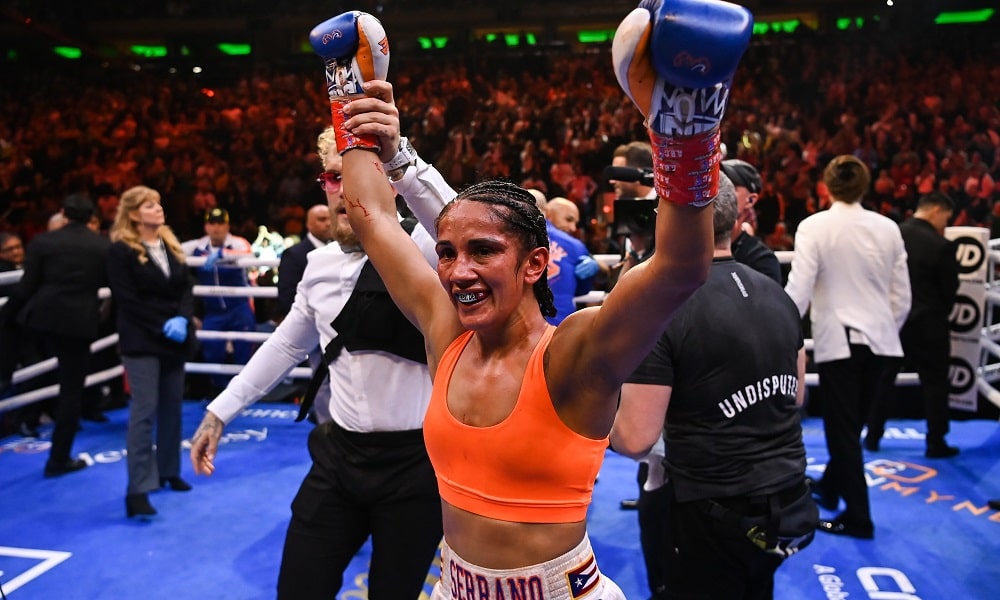 Amanda Serrano exclusive: I can take a punch – and give one

Amanda Serrano has been at the forefront of the women’s boxing revolution and, this weekend, the Puerto Rican hero will break more new ground when she fights in Britain for the first time.

In April, her attempt to snatch Katie Taylor’s lightweight crown thrilled the boxing world. Now the WBO and WBC featherweight champion is back in her natural habitat and hoping to add Sarah Mahfoud’s IBF title to her own collection of belts. For all the latest fight odds, visit our sportsbook.

“Yes. I feel most comfortable here and I’ve been saying that for years already but as a female boxer we have to go where the opportunities are. I wanted to make history by fighting in multiple divisions so that’s why I did it,” Serrano told 32Red.

For many fans who tuned into Serrano’s fight with Taylor, it will have been the first time they were truly invested in a women’s fight, let alone an Amanda Serrano fight. But anybody who witnessed the war that took place at Madison Square Garden that night became an instant fan of the multi-weight world champion. 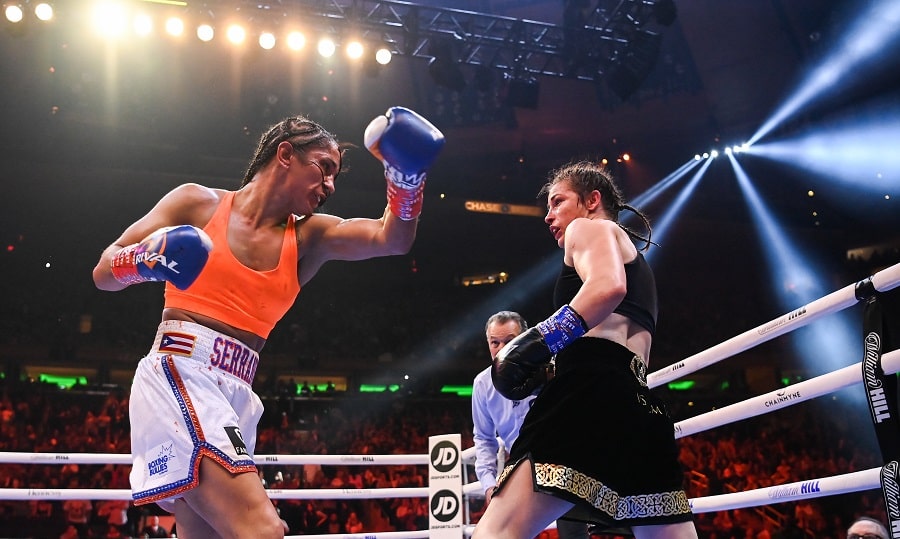 After spending the vast majority of her career battling away in relative obscurity, Serrano became an overnight sensation. The plaudits and financial rewards that come with the extra attention are nice but with them comes the pressure of living up to these new expectations. Serrano is relishing the chance to show the new fans what she is capable of at her natural weight.

“[I] definitely [feel] excitement. I don’t change. It doesn’t matter which weight class I’m in, I’m comfortable fighting,” Serrano said. “I’m a powerful fighter, I’m just a little more powerful in the lighter weights but people are gonna be excited to see me. I’m gonna put on a hell of a performance like I always do and they’re gonna be even more happy and become even bigger fans.”

Women’s boxing has exploded in popularity with fans enjoying seeing the best taking on the best in hard fought, bell to bell action fights. Serrano has an X-Factor that can separate her from the current crop of elite female talent. She has knockout power. 30 of her 42 victories have come inside the distance and she was a punch or two from taking Taylor’s unbeaten record. If she can continue to finish fights with millions of new eyes on her, her popularity will continue to soar.

“I believe so. I bring excitement,” Serrano said. “Yeah, I get hit in my fights – I have a great chin – and I think people like to see that. They like to watch a fight and think, ‘Man, she can take a punch but boy can she give one.’ 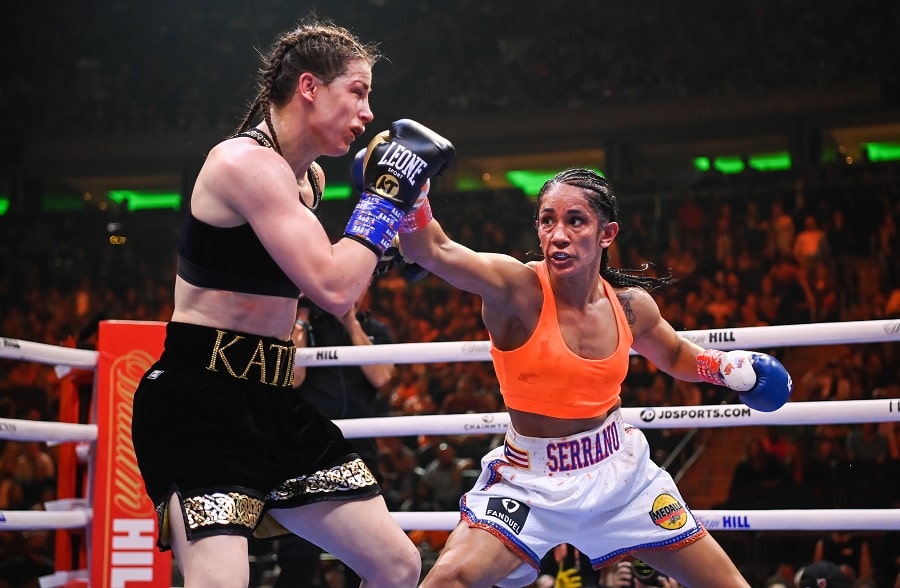 “I would take one of yours to give you ten of mine. That’s what makes my fights exciting. You’re gonna see girls coming out disfigured or coming out with blood. Even me. I’ve come out with eye jams, but that’s just exciting. You want to see blood in these fights.”

Serrano’s love of combat shines through when speaking to her. As well as enjoying success in boxing she has competed in mixed martial arts and grappling tournaments. Most fighters fight less and less often as they get older and their star shines brightest. They chase the biggest paydays and highest profile fights. Serrano wants the money and glory but she also wants to fight. After battling for attention and recognition for so long, she has no plans on slowing down now.

“I definitely wanna stay busy. This is a quick turnaround after the fight with Katie Taylor and I’m hoping I come out of this fight healthy so we can go right back out in October and be on the undercard of Jake Paul [v Anderson Silva]. I wanna stay busy. I wanna fulfil my dream of becoming an undisputed champion and keep looking forward.

“Champion versus champion is where the sport is going and that’s what I wanna do.”

Continue Reading
You may also like...
Related Topics:Amanda Serrano, featured