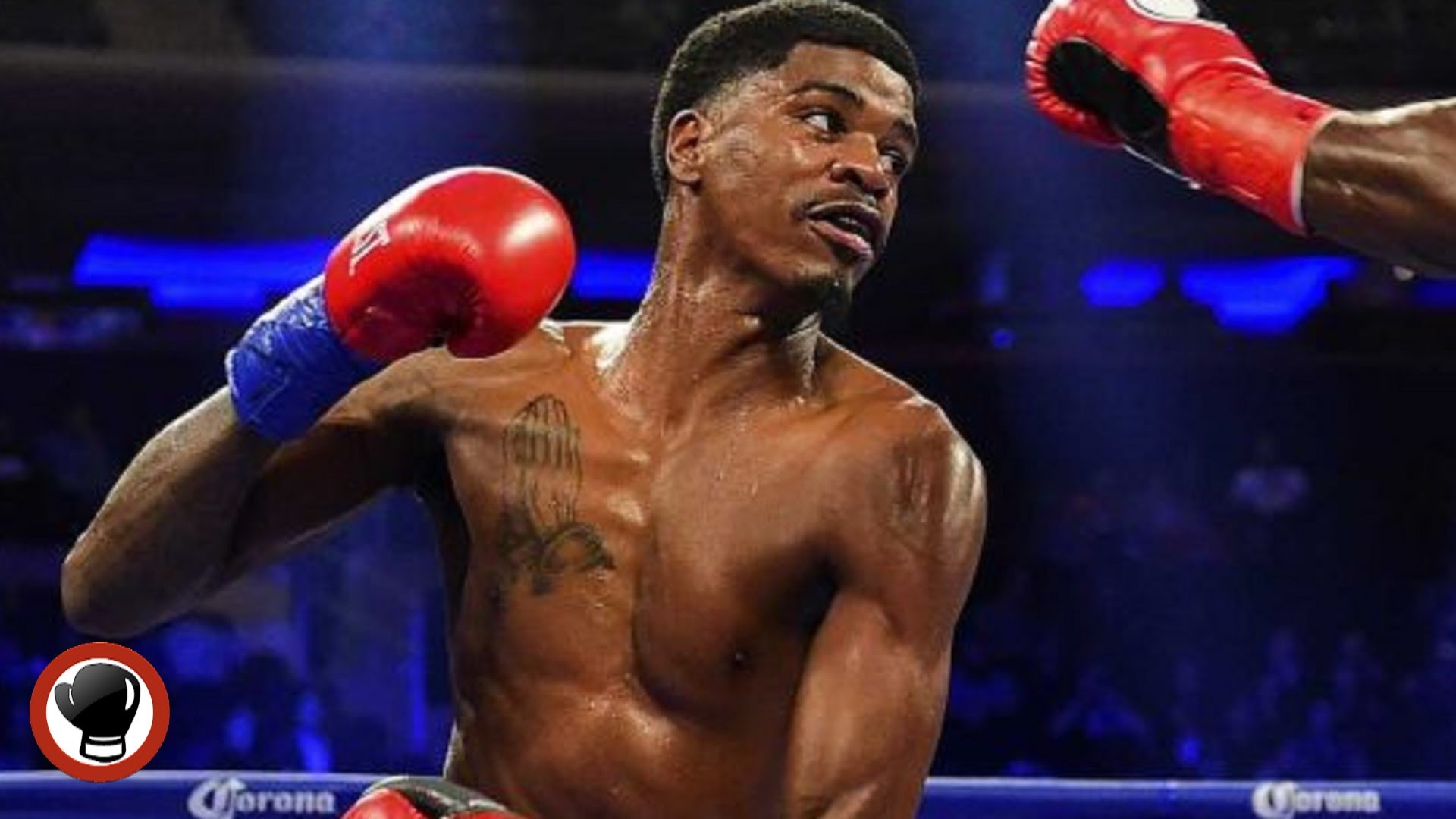 Hooker – who faces former lightweight champion Terry Flanagan for the vacant WBO junior welterweight title in Manchester this weekend – has knocked out 21 of the 26 men he has faced inside the professional ring and is equally as comfortable engaging in verbal warfare outside of it.

It isn’t a persona he has adopted for attention. The unbeaten Texan has been about that kind of life since a very early age. There is even a photograph of a nine year old Hooker posing outside his home in Dallas in full gangster regalia. As he grew and realised that there was a way to make money with his fists, Hooker was smart enough to focus on long term goals rather than allowing himself to be distracted by short term gain. On Saturday night, Hooker gets his first shot at a world title.

“It’s a tough place and it was a tough upbringing. I just love fighting to tell you the truth,” Hooker (23-0-3, 21 KO’s) told 32Red. “My step father used to box and he took me to the gym because I was whooping everybody on the streets. He wanted me to get beaten up to show me how it felt but when I got to the gym I beat everybody else’s asses. I fell in love with it.

The 6ft 1in tall American has the usual concerns about receiving fair treatment and neutral judging in Manchester this weekend but he isn’t the type of character to be unsettled by the sound of thousands of hostile voices. In fact, any abuse or heckling will create a familiar soundtrack for the 28 year old.

“This is my first time to Europe. I’m really pumped for this. I’d rather fight in his hometown anyway rather than somewhere in the US. It’ll mean more when I beat him because I went and took the belt. I just hope I get a fair deal. I saw the last time Terry fought, the referee warned him like 20 times to stop holding and to stop grabbing. He kept doing it and the ref sucked. I just want a fair chance of making my dream come true.

“All of that noise is gonna pump me up. I love that noise. It’s gonna be like me being on the streets and talking noise to the guy I’m fighting. I’m gonna be so excited to hear the crowd and for me to shut them up will be even more special.”

Many fighters pay scant attention to their opponent, instead focusing on getting themselves into best possible physical and mental condition. Hooker isn’t one of those fighters. Flanagan is a man of few words but he has still managed to irritate him. The pair won’t get to look each other in the eye until this week’s final press conference but Hooker has already decided that, well, let’s let him tell you what he’s decided.

“I’m gonna enjoy the whole trip. I’m gonna come over there, I’m gonna whip Terry in his hometown, I’m gonna love it and the crowd are gonna love me. I’m gonna put on a show. Terry Flanagan isn’t that good to me. He’s soft. He’s the softest guy I ever fought and I’m gonna show everybody.

“I’m usually a quiet guy but Terry rubbed me up the wrong way. Y’all say he’s quiet but he’s said enough slick stuff. He’s overlooking me too. He’s talking about unifying like I ain’t nothing. I’m gonna bust him in the mouth and let him know he’s nothing.

“He’s nothing special to me. He runs around, he holds a lot and he fights dirty. If he fights me dirty, I’ll fight him dirty. I’m ready to show everybody who the true Terry Flanagan is. I’m gonna take it to him. He’s been fighting older guys and shorter guys. Well, I’m gonna bust him right in the mouth and show him a real fighter. If he wants to hold me I’ll use my elbow. If he wants to rabbit punch, I’ll punch him in the nuts. Whatever he wants to do, we’ll do. We can get to wrestling. I don’t care. I’m ready to fight.”

The junior welterweight divison is gathering momentum. There are a host of exciting fighters plying their trade at 140lbs and the upcoming World Super Series will shine further light on the weight class. Should he claim the WBO title this weekend, Hooker is intent on reaping the rewards he has been focused on for his entire career.

“He [Terry] has been going around taking on fighters he knew he could beat. He didn’t want to fight Ray Beltran so he moved up. He said Ray Beltran was too old so then he fought a 50 year old African in Mzonke Fana. Come on, man. If you’re a true champion why aren’t you trying to fight everybody? He got that [lightweight] belt and went into hiding. They did a beautiful job. Now he wants to fight me. Well, I’m gonna knock him out.