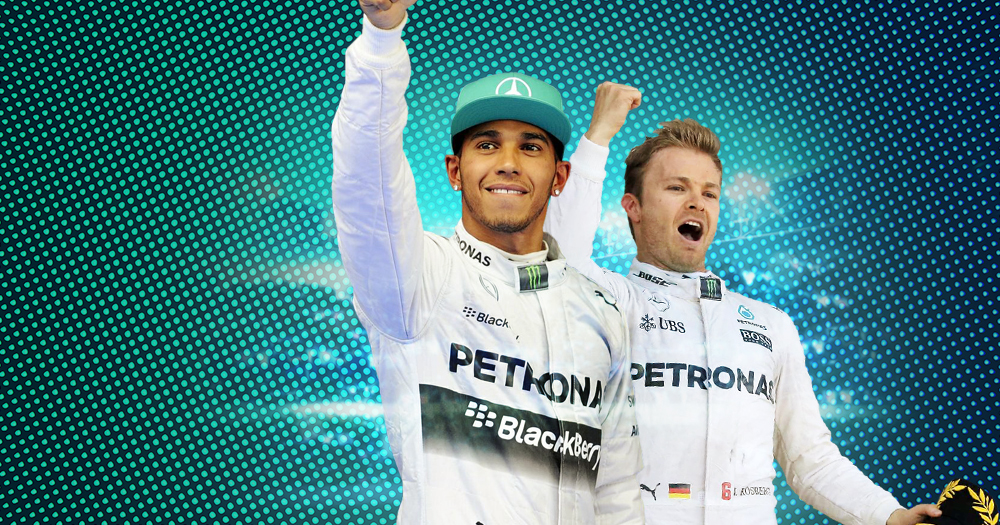 The final F1 race of the season gets underway in Abu Dhabi on Sunday, with Lewis Hamilton still capable of finishing top of the driver standings. Can the British driver land his fourth world championship – and his third on the bounce?

The odds are against it; even if Hamilton wins Sunday’s event, his Mercedes teammate Nico Rosberg only needs to finish third or better to take the championship. But sod the odds – if 2016 has taught us anything, it’s that situations are not guaranteed to unfold in the manner you’d expect.

It’s clear that even if Hamilton is at his best he’ll also require a generous measure of good fortune too; the driver himself has described his chance of winning as ‘impossible’. But while the 31-year-old is downplaying his hopes of what is obviously an unlikely turnaround, perhaps his race isn’t run just yet.

What makes the prospect of Sunday’s encounter so exciting is the rivalry between Hamilton and Rosberg; the pair are truly bitter rivals, having won nine races apiece this season; they’ve also had not one but two collisions with one another in 2016.

If Hamilton finishes second to Rosberg in the final standings, it will be annoying for the British driver – but he will at least have had time to come to terms with his frustration, with the German leading for pretty much the entire season. If Hamilton swoops in and steals the championship though, whoa nelly – Rosberg is going to freak.

With both men clearly drivers at the very top of their game – Mercedes have already won the constructors championship, after all – could it be something as arbitrary as sheer dumb luck that throws a spanner in Nico’s works? After all, he’s driving the same car that’s left Hamilton high and dry on more than one occasion; fans of the British driver would see it as something akin to divine justice if technical difficulties were to do for Rosberg’s chances in Abu Dhabi.

Meanwhile, it’s expected to be an emotional weekend for Jensen Button this weekend, however he gets on; the 2009 world champion is set to drive his final F1 race for McLaren, and announced his retirement from the sport on Thursday. Think the British driver can go out in style this weekend? You can back Button at 100/1 for a top three finish this week…

Once you’re done with the weekend’s motorsport, fancy spinning reels rather than wheels? Check out 32Red Casino for a huge array of casino gaming, from roulette to blackjack to hundreds of different types of slots.