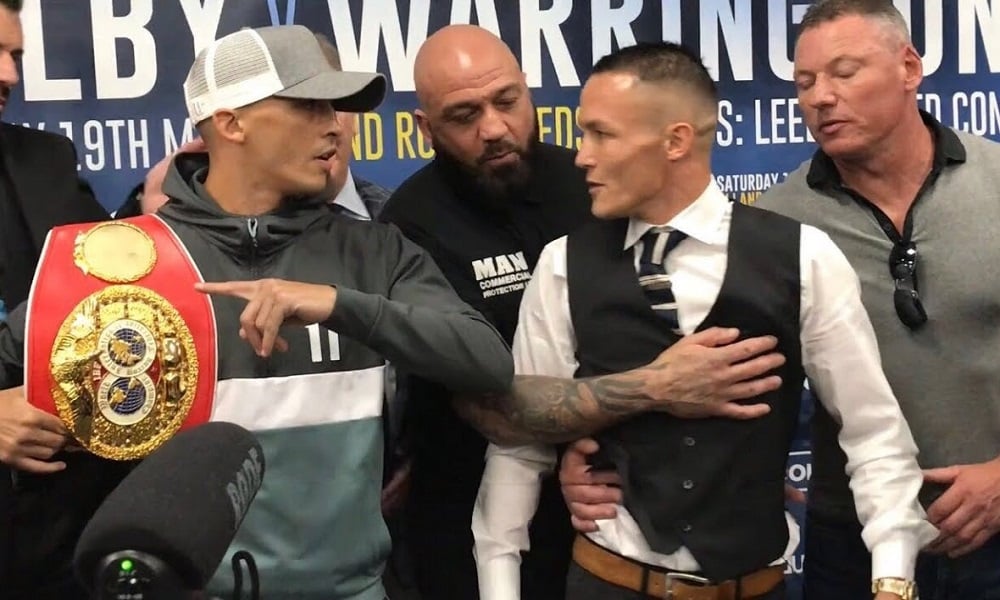 It has long been said that timing is everything in boxing and this Saturday, Leeds hero and 32Red ambassador Josh Warrington will hope the old saying holds true. Three years ago, when talk of a title-shot against IBF Featherweight champ Lee Selby was first mooted, the general consensus was that Warrington would stand little chance. Find all the odds on Selby v Warrington here.

The Welshman was a class above, more skilful and too cute for the come-forward Warrington. Selby was also about to embark on a new career fighting in the States, under the guidance of the elusive ‘super-manager’ Al Haymon and the promise of riches from the newly formed PBC. Selby had his eyes on bigger prizes than a ‘domestic level challenger’.

A lot has happened since 2015 for both fighters and while Selby starts as the clear 11/50 favourite, it’s evident that the tide of opinion has started to turn. The price will tell you that most still see Selby as the likely winner this weekend, but more often than not it’s prefaced with the feeling that things will be close. Warrington is currently priced at 13/4 to have his hand raised as the new champion and personally I think that’s an attractive proposition.

This weekend’s meeting at Elland Road will be Selby’s sixth defence since picking up the title against Evgeny Gradovich, a feat which has to be respected. However, the quality of the opposition, given the red-hot state of the Featherweight division, is not exactly a murderers’ row of challengers. Neither has Selby emphatically dealt with them. Montiel, Hunter, Gago, Barros and Ramirez are a pretty uninspiring list of names for someone who’s held the crown three years and in all the fights, Selby has had periods where he’s looked uninspired or flat.

In comparison, Warrington has worked his way into a mandatory position beating Brunker, Amagassa, Hyland, Martinez and Ceylan which is a run of opposition that is at the very least comparable to Selby’s, and arguably tougher. The feeling that Josh stands a better chance in 2018 is based on the view that he’s reaching his peak, while Selby may have plateaued.

Based on both fighters’ records, it’s highly likely that this bout is going to go the distance. Currently priced at 2/7, that’s probably the safest bet of the evening, although priced accordingly as you’d suspect. Accusations of both being feather-fisted are probably pushing things a bit far, but the reality is that Josh’s 23% KO record and Selby’s 33% success rate in ending things early, indicate we’ll get a full 36-minutes of action.

Neither has ever shown any hint of a weak chin either, so it would be something of a shock to see knockdowns or a stoppage. Therefore, when narrowing down the likely outcome, a points victory for either man as the method of victory would be a sensible starting point. (Josh Warrington is currently 9/2 to win via points and decision, while Lee Selby is available at 8/13)

Much like the feeling that Warrington’s chances of success have improved over the years, my view is that we’ll see Josh’s chances of victory increase as the fight progresses. Selby still is the classier operator and has excellent movement. I’d be far from surprised if he didn’t race to a clear early lead on the cards by making Josh miss and avoiding any unnecessary toe-to-toe action in the first three rounds. He’s the bigger, taller man, who’s light on his feet and while his tank is still full, he’s likely to make that count.

Around mid-way, provided Josh doesn’t let being behind phase him, I suspect we’ll see a gradual shift in momentum. The benefit of Selby being massive for the weight comes with a cost and that cost is having to kill himself to make the Featherweight limit. It’s no secret that if money fights against big ticket sellers in Frampton and Warrington didn’t exist at 126-pounds, he’d likely have moved up some time ago.

The sight of Selby on the scales on Friday will tell a lot and he has a history of looking horrendous due to the sacrifices he has to make late in camp to avoid missing weight. A sloppy finish against Eduardo Ramirez in his previous defence and a much tougher than anticipated bout against Fernando Montiel make me think he’s likely to slow-down as the fight goes on. Boxing history tends to show that there’s only so many times you can push your body to the limit making weight, before the cracks start to show.

Josh, in contrast has no such stamina issues – any opponent he faces knows they’ll be forced to work consistently for every minute of every round. Not so much all action-aggression, more a steady increase in tempo throughout the fight. That’s where Selby’s issues could be compounded. While he may be winning early rounds, he’s not going to be gifted them. Even if the deficit is as much as 3-rounds come the half-way point of the bout, Josh should be well in with a chance of reversing that.

Warrington throws the more compact punches of the pair and to my eye has marginally faster hands than Selby. His accuracy may not be as good, but if he can get up close and personal (and avoid Selby’s excellent uppercut as he works his way forward), you’d suspect he’ll outland and outwork the champion and steal close rounds. Particularly when you factor in 25,000 screaming Leeds fans who’ll be roaring on every punch thrown, never mind landed.

I fully suspect him to have to make up ground on Selby, I’d be almost certain that if he gets the job done it will be a hotly debated, razor-tight decision, but I’d also expect him to win the majority of the second half of the bout. Therefore, I’d be backing Warrington on points at 9/2 and also having the draw on side with a smaller stake at 22/1.

If timing is everything in boxing, then this fight could have come at the perfect moment for Josh Warrington; 12 rounds might be just enough time to give Leeds their first World Champion.

Prices correct  at time of writing. To see all our latest boxing markets, check out 32Red Sport here. If you’re up for a flutter on table games or the slots, be sure to check out our award-winning casino too!