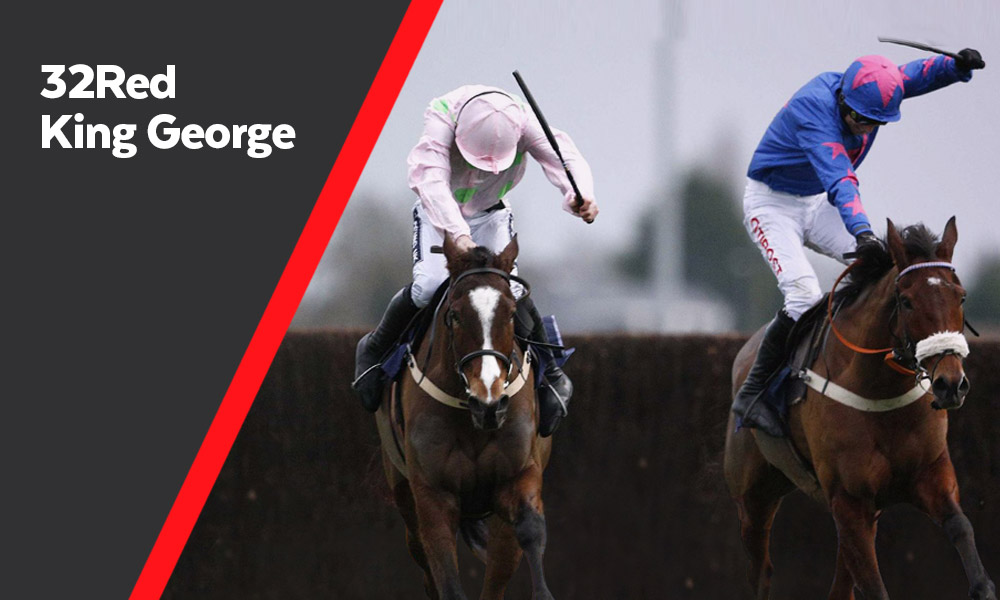 For the racing fan, Boxing Day’s action looms large over the festive period. The 32Red King George VI Chase is the highlight of an outstanding day of action from Kempton Park – so who’s in the frame for the big race?

Cue Card is unsurprisingly the favourite, with trainer Colin Tizzard’s bay gelding currently available at a best priced 13/8 on 32Red Sport. And with the Jockey Club’s Chase Triple Crown still a distinct possibility, connections will be especially hopeful that Cue Card can land the spoils here.

The 10-year-old has certainly proven himself, romping home to a 15-length victory at the Betfair Chase earlier this year. Should Cue Card come first at the King George, that’ll be two parts of the Triple Crown accomplished. With £1m in prize money at stake, that’s plenty of motivation for Tizzard and co.

Still, it’s not all about Cue Card – and serious competition for the race can come from another Tizzard horse, the well-respected Thistlecrack. Here’s what the trainer himself had to say on the 2016 World Hurdle winner.

“Thistlecrack is a brilliant young horse. If he was six-years-old there is no doubt that we would go down the novice route but he is not, he is eight-going-on-nine, and we will make a decision over the next couple of weeks.”

Looking beyond the favourite, and Coneygree is well fancied to put in a good showing; the Mark Bradstock-trained gelding has been out for much of the season but on his return at the Betfair Chase last month he was a creditable second-place behind Cue Card. The 2015 Cheltenham Gold Cup winner may still be capable of further improvement.

Other likely challengers include Vroum Vroum Mag, Douvan, and Valseur Lido. Still, racing journalist and 32Red spokesman Tony Calvin is confident that the odds compilers have got it right.

“It is obviously great news that all of the big guns have stood their ground and fingers crossed most, if not all, get to the starting line on Boxing Day,” said Calvin in a statement.

“Last year’s winner Cue Card is obviously the one to beat after his Haydock stroll under 32Red ambassador Paddy Brennan but the main danger could yet emerge from the horse closest to home in the shape of his outstanding stablemate Thistlecrack.”

Look out for more on the 32Red King George VI Chase over the coming weeks, including plenty of opportunities to win tickets for the big day! You can check the ante post market on 32Red Sport.

Continue Reading
You may also like...
Related Topics:cue card

Bryan Cooper: Death Duty my best chance of winner at Navan
Paddy Brennan: Un De Sceaux for me at Sandown, but I’m at Chepstow