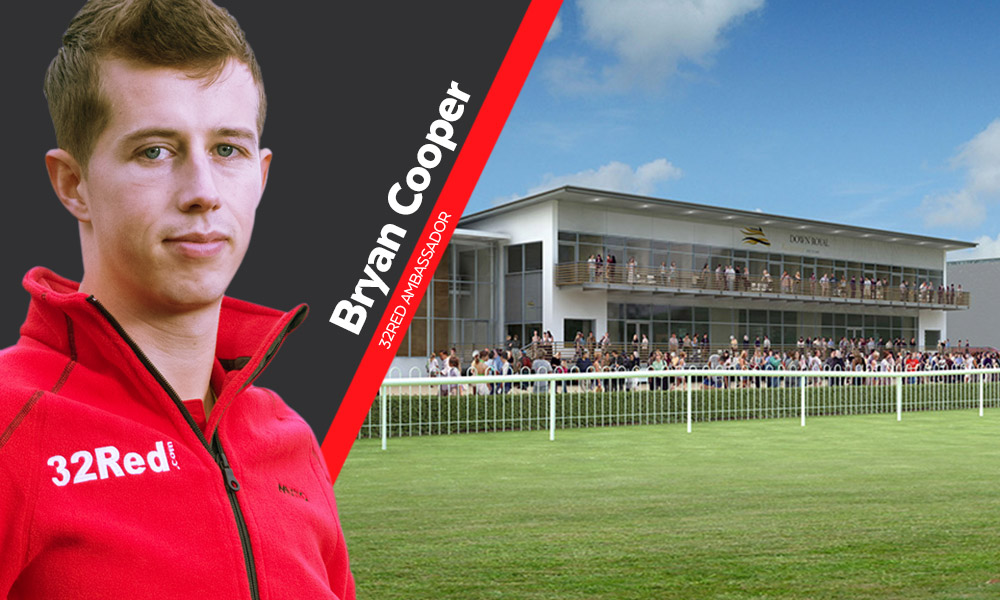 Bryan Cooper: My thoughts on Friday’s card at Down Royal.

It is at times like this, when the big meetings and the top horses begin to come out, when you really feel the frustration of being on the sidelines.

I was really hopeful that my fractured right arm would have healed sufficiently for the doctor to give me the all-clear when I saw him on Tuesday, but it simply needs a bit more time.

It’s annoying, but you accept it, work harder with the physio, and get on with it.

That obviously means that I won’t be riding at Down Royal on Friday, where my employers Gigginstown have a very strong representation.

The star attraction is obviously Apple’s Jade in the Grade 2 2m hurdle at 1.50pm, though Petit Mouchoir is also a very good hurdler in his own right and he will make it tough for her.

Obviously, Apple’s Jade ran a great race when second in the Triumph Hurdle at Cheltenham, but no-one was expecting her to do what she did for me when winning by a street at Aintree, and then following it up by 9 lengths at Punchestown.

The Aintree win really was extraordinary, to beat the Triumph Hurdle winner by 41 lengths in a Grade 1 was quite surreal; she took me there so easily, and just kept powering clear. It was almost dream-like.

I’d say Gordon is as happy a man to have her on his team, as I am unhappy to be missing out on the ride here.

Obviously, I haven’t been riding out recently so I don’t know her state of readiness, fitness-wise, but Petit Mouchoir is rated only 6lb her inferior and the filly will have to be pretty straight to beat him.

I rode him twice for Willie, winning on him at Thurles and when we were just touched off in a Grade 1 at Punchestown in April.

It wouldn’t be the greatest surprise in the world if he gave Apple’s Jade a big fright in what is a small field, and what will inevitably be a tactical race, and she does carry an 8lb penalty for her Grade 1 wins. Defeat for her here wouldn’t be the end of the world.

The team have Monbeg Notorious in the maiden hurdle at 12.45pm . I wasn’t on board when he won his bumper by 15 lengths at Tipperary last month, but I have ridden him out a lot at home and I always thought he would be a decent staying novice hurdler. I think 2m6f around Down Royal could be right up his street. It’s a nice starting point for him.

It’s a competitive race though. Bosco Di Alco ran well on his hurdling debut, Moulin A Vent won his bumper well at Galway, and Gordon also has another impressive wide-margin bumper winner in here with The Storyteller.

In the mares hurdle at 1.15pm, I do know Shattered Love well though, and she did it well for me when winning at Tipperary last month on her hurdling debut.  She showed a lot of ability in bumpers, too, and looks a good prospect.

But this is a big step up from a maiden hurdle to a very competitive-looking Grade 3, so she has plenty to prove.

I don’t know much about Wolfslair in the handicap hurdle at 2.25pm and am not going to pretend I do, though Morgan in the bumper at 4.05pm should go well. He is another horse that I have ridden at home and he should be capable of winning another race of this nature before going hurdling. He showed me plenty of speed, and I think he could be a smart novice hurdler this season.

The team run two good horses in the Beginners’ Chase at 3pm in the shape of A Toi Phil and Be The Hero, though the opposition looks pretty strong, even if it is just a six-runner race.

Things didn’t work out for A Toi Phil after I rode him to win a Grade 2 Leopardstown in January. We thought he would run well in the Neptune, but he just didn’t finish off his race at Cheltenham, and then he was pulled up at Punchestown.

He is an exciting novice chaser for Gordon, but he has something to prove now and maybe would want softer ground, as well.

Be The Hero won last time out on good ground,  and I was on board him when he won his maiden hurdle on testing ground at Fairyhouse previously. Gordon has always thought of him as a staying chaser of the future but, like I said, this is a competitive race and Art Of Payroll, Round Tower and Woodford Island are all decent horses in their own right. It’s a tough little race.

I won a novice chase on Killer Crow at Navan in December, and I wouldn’t have believed you if you told me he wouldn’t have won any of his next 10 starts.  He has been a mixture of unlucky and disappointing since, I suppose.

He probably races over a trip short of his best in the 2m handicap chase at 3.35pm, but if definitely has the talent to be competitive if he comes back to form.